Kayla had gotten used to her silly humour but it never just felt right when she did these things in public, at school where she at least tried to maintain some discipline to avoid attention.

"Cut it out, Becs", Kayla whispered between her teeth as she approached Becca. Becca laughed, opened her arms for a hug, and dragged Kayla while she groaned at her annoying gesture.

"Hey Becca, didn't expect to see you here today", Shiva said as he fell in line with them and began their short walk back home.

"Yeah, Physics ended early so I took any excuse to leave for home", Becca said.

"In other words, she skipped Physics class, drugged the janitor and slipped right under the security", Kayla replied in between laughs.

"I didn't drug him, I just noticed he liked getting stoned and helped him to some cheap weed..." she paused, thought for a while, "yeah, I drugged the janitor", and they all laughed.

"I wonder how on earth you've never gotten caught. You ditch school at least 3 times a week", Shiva said.

"And what in the world is wrong with you and showing up in front of school singing that song? We're not 6 anymore Becca!", Kayla said with a frown.

"What? Scared your crushes might hear it?", Becca responded with a laugh, "don't worry, everyone knows Shiv's gay"

"Oh for the love of God, Becca!", Shiva groaned, "I'm not and you need to stop saying that".

Becca and Kayla laughed, after which they continued throwing jabs at each other until they got on their street and decided to sit for a while at the park.

"So, what brought you over to our side of town Becca? What's going on? You only show up at our school when there's trouble", Kayla said as she sat on the first swing.

Shiva leaned against the mary-go-round, Becca sat on the swing beside Kayla's and began to fiddle with her fingers. She was scared and she knew she had to speak up now, Kayla was determined to stop the bullshitting.

"It's Camille", she huffed.

Camille is Becca's 13-year-old sister who's 3 years younger but a thousand decades older than Becca. Becca ditches school 3 times a week and Camille dropped out completely, left home and now lives with a cousin who barely has the time for her.

She used to be a sweet girl but since their mother died 2 years ago, she just lost it.

"What's the matter with her? Kicked out of another school?" Kayla asked.

"Nope, worse, I think she might be missing this time, I don't know. The story is pretty bizarre and you'd think I was crazy", she continued after looking into Kayla's urging eyes, "my cousin lives on the main street, and over there, they have this myth, every 10 years. There's this Ice Cream truck, they say it only shows up once every 10 years and when it does, some kids go missing. They can't predict when it'll show up but it just does, during the day, while kids are at school and some kids always disappear", she paused to think properly.

"The last time I visited, my cousin's neighbour, Jessy, told me about it and I just thought it was crazy until I asked a few others and they could attest to it. I'm worried. I was over at the house yesterday, yeah, I ditched school but I stayed home just to wait on Camille and then I heard the sound of an Ice Cream truck and then, then," she sobbed, "she didn't come home".

"My cousin doesn't seem bothered, she says it's just a myth and that maybe Camille just disappeared on her usual accord and would show up at some other relatives home, but I don't know..."

"Have you called the cops?", Kayla asked.

"If kids go missing every 10 years, there have to be a lot of missing file cases at the station and if the Ice Cream truck seems suspicious, they ought to have done something about it by now, a search at least", Shiva said.

"I don't know, I really don't know, I called this morning, but they said it wasn't 24 hours yet and she has a history of disappearing often over the last 2 years so they just want to wait it out a bit, but I'm so scared Kay", Becca began to sob. 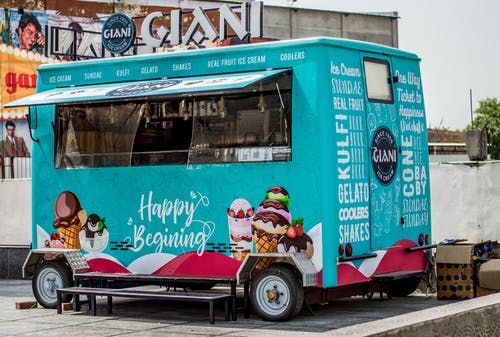 source
While Kayla and Shiva went their separate ways that late afternoon, they could hear the tune of an Ice Cream truck at a distance, their fears became heightened and they barely had any sleep that night.

Becca took a longer route home and when she opened her bedroom door, the figure standing in the darkroom brought her fears to rest. She had to make a phone call to her friends before bedtime.