The Dying Body Chronicles 21: The hunt for mother

Atari was swimming in the black sea. He was black so you could not tell where the sea began & where his arms ended. Maybe it was because it was night, maybe not. He was swimming against the waves, then with the waves; he was tired but he could not stop. He was going to die or not because a searchlight peeled the night open around him. He was saved. He raised his arm to hail the vehicle then the bullhorn grabbed the silence in his throat;

"Raised your arms!" A voice said.

His arms were up already so he began to drop them. Above the wind, above the waves crashing against the boat, he heard shots tear into displaced air.

"Who are you? What are you doing near our shores?" The voice asked.

Atari gasped, his legs spinning quickly, enough to buoy him up. A bullet grazed his arm & he ducked beneath the waves. He tried to swim away but a hand had grasped his leg. He looked through the black waters and saw eyes lit with flouresence staring at him. He looked at his ankle & saw the shackles holding him bound to a big stone.

The boat's keel swam overhead, shapes stretched long like monoliths hanging from the edge. They were looking for him & he was chained to a stone. He tugged at the chain, trying to break free but though the chain looked frail & chewed by rust, he could not free himself. If he went up, he'd probably die, if he went down, he would definitely die or not because a shape was materializing from the muck that swirled about him, kicked up by his effort & the boat's rudders.

The shape became a man wearing googles & a pipe sticking into his mouth, attached to the oxygen tank on his back. He drew close & raised his hand. Atari watched him as he looked at the chain. The man nodded his head, turned & swam away. Atari tried to hold on but he blacked out from lack of air at that instant.

He heard his father driving the flies in the sitting room with a fly whisk. He walked into the room & watched his father swinging at the flies.

"What do you want to do with your life, boy?" His father asked.

"I want to see the world," he replied.

"Don't go into the sea boy. Our family have never been safe in her arms," his father said.

Atari looked to the wall above the front door, where a picture of his seated mother in her sailor's garb smiled at his elder sister resting in her arms. They were both gone, lost to the sea, just after he was born. He turned as his father turned to him. He pushed his eyes away from the dark pits where his father's eyes used to be.

"Do not go to the sea, boy," his father repeated.

He opened the front door to the beach & watched the canoes coming just ahead of the setting sun. He watched the women tie their canoes to the old trees jutting out of the beach. Local lore has it that the beach used to be a forest & the sea used to be an underground well. How things change. He turned as a shadow fell on him. It was the man in the sea. He still had the googles on. He pulled it of & nodded at him 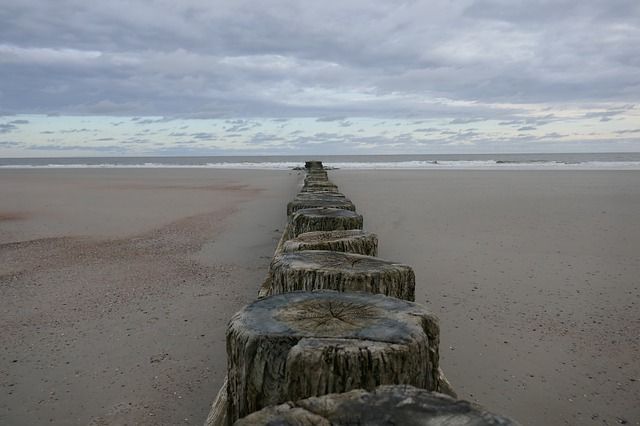 "You are finally awake," he said.

"This is Decorum," the man replied.

"What city? By my calculations, I was still miles from the shore, any shore," Atari replied.

"Who said we are on any shore?" The man asked.

The man pulled his swim suit from his body & Atari saw that the man's body had a greenish cast.

"Are you sick?" Atari asked.

"Me? Yeah. I have been stooling for some days now but the doctor has been cleansing my body. I will be better soon," the man replied

Atari turned to look around and he realised that he was in a kind of tunnel. He could see mementoes of the man before him; pictures, sea shells, conches, a rusting anchor, a wooden boat wheel, a necklace made from cowries & some coloured pebbles. The things were scattered among carelessly tossed clothes, a hammock tied from one protruding pipe to two screws jutting from the steel wall. There was no window or door that he could see.

"You died," the man replied.

The man stood naked before Atari then he went to the end of the tunnel, placed his hand on the wall & after a pop & hiss, a door slid open. Atari struggled up to a sitting position, curious about what had just happened. The door closed behind the man & immediately, Atari got up. He turned around the room looking desperate. In about two minutes, the door popped, hissed & slid open. The man came out still naked. He picked a short & shirt from the floor & got dressed. Atari studied him from a corner.

"To see the queen of course. Every new citizen must be introduced," the man replied.

Atari opened & closed his mouth. This did not make any sense. A queen lives in this tunnel? The man touched another part of the tunnel & it opened to reveal a brightly lit concrete wall. The man beckoned to Atari & stepped out. Atari followed cautiously then at the door he heard the sound of people moving & talking. He followed the man & the concrete wall. The wall guarded a path that led to a junction & there Atari saw people. His eyes & mouth opened wide. There were all kinds of people.

He watched as people swam through the streets, intermingling with fishes & sharks. He stumbled back as a man walked passed with his head in his hands. The man turned his head, looked at him & the eyes on the head winked.

"Gods, this is not real. I'm dreaming," Atari said.

"Yes, it is a dream but this is the true dream. You don't wake up from this dream," the man replied.

Atari turned to the man & he saw that the man now had the head of a piranha with gills & lots of teeth. He stumbled away from the man, kicked a pipe jutting from the street & fell. The man chuckled, dipped his hand into the pocket of his shorts & brought out a pack of cigarettes.

Atari's brain tried to connect the images he was seeing with reality but it was beyond his understanding. He passed out. His father broke the melon seed in his brown fingers, his head cocked to the side as if listening to the sea.

"Did you find what you are looking for?" He asked.

"I have news papa. I found a sailor who sailed with mama & sister Jari," Atari replied.

His father's head rose & those empty pits stared at him. Atari swallowed & stared at his tennis shoes. He could see his toes peeking through them.

"He remembered mama & sister. He said they drowned off the gulf of Warri. Their boat was attacked by Udu pirates coming in from the swamps," Atari continued.

His father bent his head & resumed shelling the melon seeds. Atari waited for him to say something but the man gave no sign that he had heard him.

"Did you hear me? Mama & sister are dead!" Atari shouted.

"I asked if you found what you were looking for, not if you had news of your mother & sister. I know they are dead. It is you who had refused to accept that fact," his father replied.

"You didn't bother to look for them. You just sat here in your blindness staring at a sea you cannot see…" Atari replied angrily.

"Tell me papa! Surprise me with wisdom, with some arcane thing!" Atari yelled.

Atari's father rose & threw the tray bearing the shelled & unshelled melon seeds to the floor. Atari stood expecting the man to hit him but his father just turned & walked back into the house. Atari stood there, watching the sun stretch his shadow taut. He watched a small crab crawl into the scattered melon seeds then he bent down & began to pick them. A shadow fell on him & he raised his head.

"Welcome to Decorum, lost one," a voice said.

Atari's eyes widened. He was staring at a woman with black eyes & seaweed for hair. She stood naked before him & from he waist downwards he saw a shimmering tail. He tried to struggle backwards but could not move. He was chained to the floor.

The echo continued on & on until it faded off. Another form entered his vision & his sister's face smiled at him

"Finally, Atari you have found home," she said.

He began to cry. His sister knelt beside him & the woman with the tail swam away.

"Don't cry. By the time, we are done, you will forget all that you desire above the sea," she said. "Come let me take you to mama. She is hungry to meet you," she added.