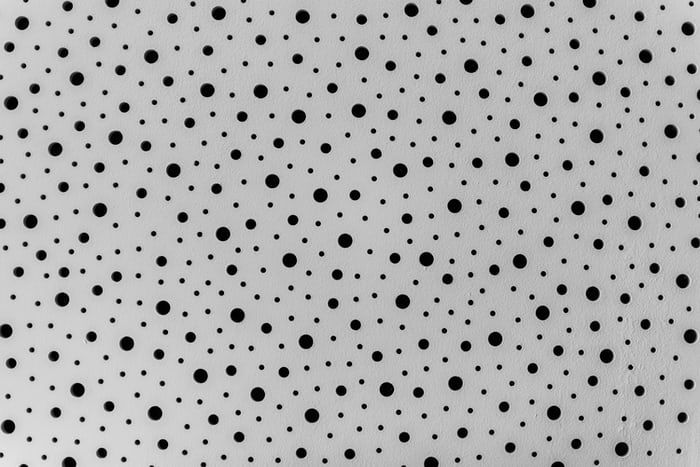 Mr Donald came home that evening and met his little son playing happily in the compound. When he got inside and was totally settled, he called little Jerry inside and told him to sit in Front
Of him at the table. He could see the confusion and surprise in the child's eyes as he reluctantly obeyed his father.

Mr Donald brought his bag and got out a sheet of paper. He then passed it to James alongside a pen. " Write what you see there," he said. Little James was confused as the paper was totally empty. It had just a black dot in the middle of each page.

Jerry was so confused as he looked at his father, he was eager to know why he had given him such a foolish and impossible task to do. He looked deeply at the empty paper with the black dot and started his inexplicable task. After about 20 minutes Mr Donald collected the paper from Jerry and read its content outloud. As he began to read he was astonished by its contents. Instead of explaining the position of the black dot in the middle of the paper like everyone would be expected to do, little Jerry had talked about the remaining white part of the paper.

" Why didn't you write about the black dot?"Mr Donald asked his son with admiration in his eyes.

Jerry- I didn't because that was the obvious thing to do. Growing up you always taught me to do abstract things in life. Every other person would have described the black dot on the paper, leaving the white part because it doesn't seem important or unique. The same applies to my life, as you taught me father. The white paper describes my life, but we are made to always focus on the dark spots of life. Life is a gift given to us by God, we should always celebrate no matter what. We always think about the bad aspects of our lives and this is bad as it pushes us away from our destiny.

Mr Donald just sat there lost in admiration for his son, he couldn't believe what had just left Jerry's mouth. " Your wise, just like your father", he said as he took his son in his arms.