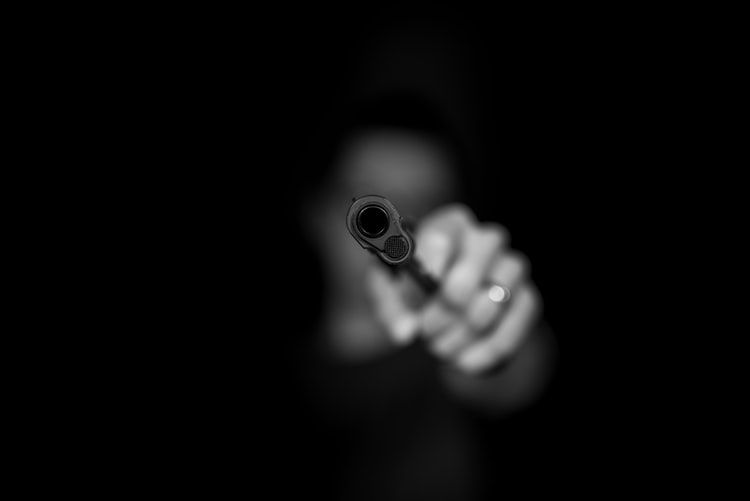 Have you been In a position where telling the truth might get you killed? Or refusing to play along to the conditions given to you might put your loved one's life in danger?

Sam was a newly appointed security guard in an e-commerce company in Finland. He has always been a shy guy right from his childhood and because of that he has always kept to himself, kept his thoughts, and had no friends. How he got the job was because his Uncle sent a letter to that company, to accept his nephew into any available position, so that he can get exposed to the outside world.
Getting a job wasn't Sam's problem because he never showed concern on that matter. The way he isolated himself from everyone, family, and even his mother.

After he experienced the death of his father at an early age, everything about Sam changed. Everyone had tried to change him or take away the painful memories of his father's death. But he doesn't want to accept anyone's help.
The company services were to provide commercial sales and other marketing services that are online and offline. The reason why they need security was to secure the products which are so expensive. So they hired five security guards, leaving MR.Harrison as the Chief Security Officer. Sam was a junior worker and nobody seems to give him any attention because of his weird behavior and how he isolated himself from others. Maybe he's a lunatic.

So other guards neglected him. The other guards were into illegal smuggling out of companies' products and selling them at a higher rate. The company's Manager has been trying to fish out those involved in this criminal activity, so he decided to reduce the salary of the staff if any products go missing. Hoping this will make the criminals stop. But his efforts were fruitless.

One night, Sam was on guard at his usual position, when he heard a gunshot inside the building, he ran to take cover, then he walked slowly in the direction of the gunshot as he peeped through the window. There was illegal smuggling of the company's products conducted by the Security guards, and a buyer was shot on his leg. So he took his phone out of his pocket and videoed what was going on there. Then he dials "911" and places a robbery attack alert, just as he was peeping, he fell on the floor, and that drew the attention of the smugglers.
They all rush to find out what made that sound.

"What was that?" One of the guards asked.

"Ricky, go check it out!" He ordered.
Just as Ricky stepped out, he caught Sam who was about to get himself up.

"Stop there now! Else I shot" Ricky ordered, as he went towards Sam and dragged him by the neck into the warehouse.

Sam was ordered to get on his knees. Mr.Harrison told Sam everything that has been going on there and offered Sam the opportunity to join them. The tone of the request was like an order like he has no choice. He promised to give him a special cut.
Sam refused several times. But this last time, Mr.Harrison got pissed off and brought out his gun and pointed it at Sam's head.

"This is your last chance, Sam. Accept the offer or die." He ordered.

At that moment, Sam was cold and pale, as he was sweating profusely. Trying to figure out what to say. Then he prayed the Police would show up.

"Answer me!!" He shouted, still pointing the gun at his head, with the index finger close to the trigger. Ready for a wrong reply.

" I would, what?" He shouted at Sam. He was losing his patients.

"Police!!! Freeze…, put your guns down, you're surrounded." A police officer shouted, as his gun was pointed straight at them. Ready for any action.

At that point, the tension which Sam felt, went down. As Police arrested them all.