The leaders of tomorrow // The Inkwell Writing Prompt

Emeka had two children, Mitch and Joseph, he was a farmer, he got married to Victoria, Emeka was six years old, when his Father left his heart wanting of him, his father passed away, even when he was not yet ready to loose a father, so it was clear that, Emeka didn't enjoy more of him.

When he grow up to be a man, he had promised himself to be more of a father to his children and vowed to do everything within his reach for them, especially, for them to enjoy the privilege he didn't enjoyed, since death took his father away, when he was still young and he could not lived up, just like others kids. 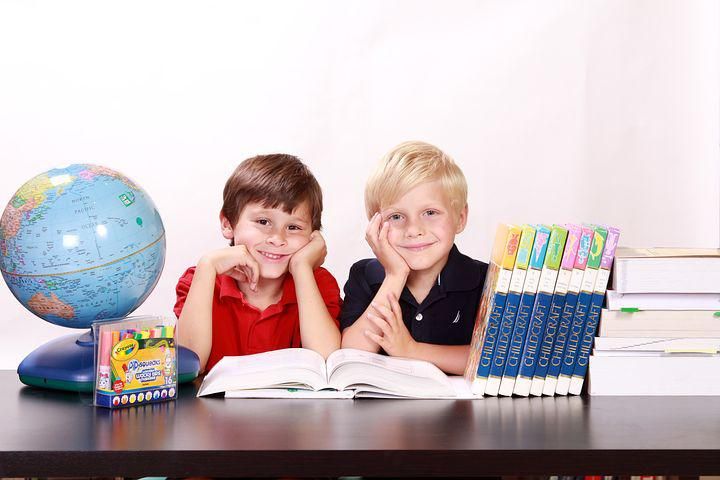 Emeka didn't attend Western education, which was the thing that hurt him the most, after his father died, he was left with her Mum, his Mum means of making a living was to weed Peoples farms and gardens and from there, she would be able to put food on the table for the family, that was what she did, as her occupation and Emeka copied from her and which he used as his source of making a living too.

When he got married to Victoria, GOD bless him with two lovely children's, Mitch and Joseph, whom he treasures so much and vow to make sure that, both of them would passed through Western education "school" and they would not be like him, which didn't had the opportunity to be in school.

Emeka was a good farmer, he used to plant many varieties of crops and Make sure his family are well fed and his children school fees are paid as at when due, and never did Mitch and Joseph ever failed him, they were both fortune kids and they performed excellent in school.

It was always a thing of Joy for Emeka seeing his children doing the thing he didn't have the opportunity to do, he used to smile at them and he called his children, "the leaders of tomorrow".

His wife loves him so much, she knows of his story and whenever Emeka looks at his children in such treasurable eyes, she would go close to him, comfort him and tell him not to cry, "love can make us to do marvelous things, he said.
"I know dear, let your children be your strength and your fortune. his wife, replied.

Every first December, a quiz competition is always organized in their church, Mitch and Joseph happens to took part this time and both emerge first and second position in the quiz contest, and one other child who emerge third position, were also mentioned, the church gave the three children a scholarship from high school to tertiary institution, it was more of a marvelous thing to Emeka, he now realized his children's are fortune to the church and not to himself alone.

Fast forward, Emeka was happy and so was his wife and others members of the church, for having such marvelous children, who would take the banner of the church higher in future.
Mitch and Joseph make it in excellent in their graduation, when they realize what their Dad passed through, when his father died and leave him in his younger age, they decided to make a new life for their Dad and send him to adult school, so that he can experience how it feels to be in school and be taught, Emeka was now imagining, how God uses his children to solve his undeying needs.

He could see how school life feels and he was happy for having fortune children.