The clock on top of the hotel showed 7.30 and has been showing the same for last twenty years ever since Mr. Sam Died. Shan had told me this, and I had no reason not to trust him. I trusted Shan, as he told me many other things that always proved true.

Anything related to this hotel often proved true, even if it sounded terribly untrue. For example, according to Shan, the former owner of this bar and hotel, Mr. Sam had an artificial nose, though we had never seen one or even heard of anyone with a fake nose. To find out how accurate Shan’s words were, I asked Nathan, the first employee of this hotel.

He used to be the room boy in the hotel in 1992, although I was not even born then, and he still looks after the front office of this hotel after thirty years and two wives. According to Shan, Mr. Sam’s artificial nose story was completely true.

Nathan once told me, "I used to serve coffee to Sam every night. But I always watched him through a window as he removed his nose and put it on a table before he turned off the lights. He would never sleep with his fake nose on. I thought he felt uncomfortable sleeping with his artificial nose, especially while turning sides. Maybe the first thing he did in the morning was to put his nose back in place, even before drinking a cup of tea. Sam was a great man."

"But how did he lose his nose?" I asked.

Shan said jokingly, "His wife must have bitten his nose."

"‘No sir" said Nathan, "His face was seriously injured and his nose had to be replaced by an artificial one in an accident."

"And was he still wearing his fake nose when he died?" I asked.

"No, sir, said the old Nathan. One morning, when I went to Sam’s room to serve him his morning tea, I found him dead on the bed, without a nose! His nose was on the side table beside the bed. I feel, if I left without his nose, the world would know about his artificial nose. Mr. Sam was such a good man, so I first fixed his nose and then went and informed the manager about his death. He died of a heart attack. I took care that his body went with his nose in the coffin."

We all agreed that Nathan was also a good man.

Shan and Nathan believed Sam’s ghost was still haunting this hotel, but I haven’t encountered him yet. I smiled, thinking about a ghost with a fake nose, but old Nathan didn’t seem to believe that.

He said, "I haven’t seen a ghost from close quarters, but only from a distance near pine trees in the beer lounge."

I looked at deodar trees. They were at least 100 meters away from the hall and almost two hundred years old.

Shan looked at me and said, "So many customers that used to come to the bar are all gone now. Sometimes I find it difficult to differentiate between the living and the dead. But the actual ghosts are those who, after drinking alcohol, disappear without paying."

Haha, I didn’t need to disappear without paying. Ever since I arrived in this town in the last 3-4 months, I rarely paid for my drinks. The reason for this was my friend Shan, the current owner of this hotel. He gave me concessions on everything, as he knew me as a writer and was my fan. He was so happy that I selected this town and his hotel to live in, away from the fame and crowd."

However, the man at the counter bar, Nathan, was not adding to the glamor of the bar, but was good at serving wine, making cocktails, and directing drunk people to the toilet room. He also never used to pay for his liquor, though.

Of course, Shan was complaining about his declining income, but he was not interested in selling the hotel, at least not yet. Then how did Shan manage his expenses? Obviously, because there were still some genuine customers who felt homely comfort in his hotel. He regularly chatted with them and encouraged them to drink whiskey or the wine. Shan was doing his best efforts to attract customers in his hotel. 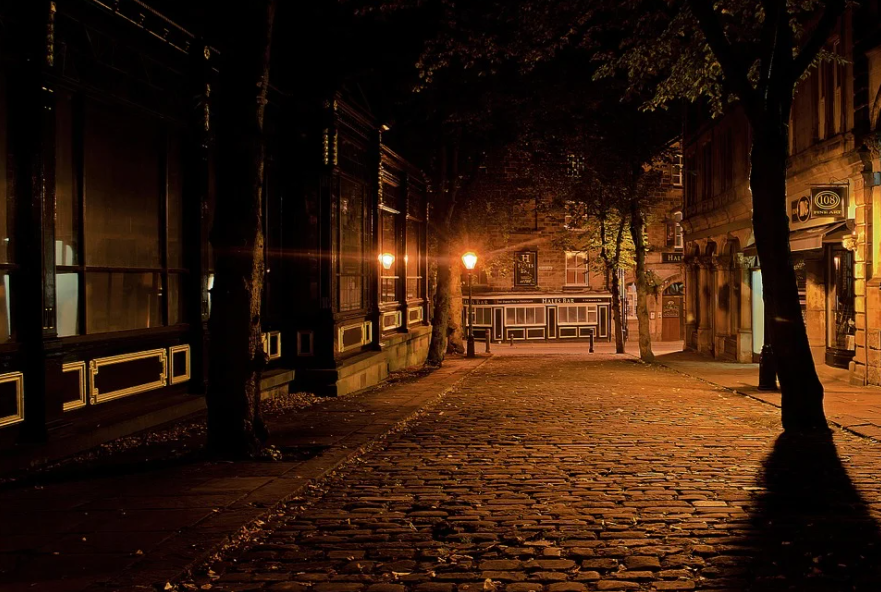 Image
Shan once told me that Lady Gaga had stayed at his hotel for some time around 2010. When I tried to find out from the hotel register, as usual, this time too, Shan turned out to be right. As far as I know, Gaga did not mention her experiences at this hotel or in this city in any of her interviews. However, this place has such a nice reputation that people often have something nice to say about it. For example, a "Times" correspondent once complained about his room’s roof being blown off during a heavy rain and storm.

Oh, that was a minor complaint, Shan said jokingly. I had to pacify him, so I told him, "Sir, you can either get a five-star room in the capital, or here you can see all the stars in the sky from your room itself."

Strong winds often blow around these hills, and how our iron sheet roofs often blow away during storms. Shan recalled how a portion of roof of his hotel blew off after a summer afternoon storm and fell on St. Peter’s School, two miles away from here. One sheet hit a person and injured him seriously. If someone else had told me this story, I wouldn’t have believed it at all. But Shan was not a liar. I took a sip of Johnnie Walker Blue Label.

Shan said, "Hey, how about if I name this place "The Writers Bar?" He added, "Maybe some more famous people come here to stay peacefully away from newspapers and cameras."

But you have to bring some writers here to do that, right? I said.

He winked at me, "Would you bring some of your writer friends here to give my business a boost?" Okay, but you’re also a writer, aren’t you? You must have a lot of author friends."

"Rarely, and everyone I know is a tea lover. Those Hemingway types are no longer in fashion."

"Last year when I was in Malta, I went to the famous Renault Hotel," Shan said. "That hotel is as old, and they have a writers’ bar with a copper plate on the wall saying Somerset Maugham stayed there, besides Joseph Conrad and Graham Greene."

"Oh, they were all peace-loving and serious people," I said.

"Yes, but they all stayed there, and they must have gone to the bar there and had drinks,"

"Some talented writers must have come and stayed in this hotel during their good days."

"Yes, I told you Gaga stayed here, and I still have her autograph safe in my autograph book."

"Yes, she stayed here, but it is doubtful that she went to the bar."

Then that’s an even bigger reason to have the drink. Whatever the reason, they must have come here now and then. We will write their names on a brass plate and put them on the walls here. "

"What do you think of Rudyard Kipling?"

"You are not helping me," said Shan. What do you think of Liz Taylor? "

"Oh, come on, did she ever come to India?" I said, "Why don’t you check the old registers of the hotel?"

"That old manager took them with him," said Shan regretfully.

Who was the person who wrote about the break-up bell?"

I said, "I’ve heard and know about author."

"I don’t think he ever came to this hotel. He was a travelogue writer."

"How about Joanne Rowling and Ocean Vuong?"

I said, "I am not so sure. But if you still invite them for a drink, they might allow their name to be written on the wall here."

"I think we should focus on writers who are no longer alive."

"Yes, but I don’t think you will ever find them in this hotel' bar, so think of the living ones or that lived in this country."

"But Corbett lived in his own house just 30 miles from here, so why would he stay here?" I objected, "and I doubt he would have ever come here to your hotel."

"His parents were married in this city. And he wrote that famous book, ‘The Monster’, and his place is just 80 miles from here. "

"All right, and after killing the man-eater, Corbett walked to your hotel to have a beer here, right? There was no motorway."

Shan protested, "It’s possible. He used to travel to places on foot."

"Yes, but for killing man-eating animals, not for drinking beer." But we can put a board with his name here because his parents were married in this city."

"So let’s have those name plates first, then"

"Sure, the brass name plates are being prepared. "The Writers Bar" will come in existence next month. I hope you will be here until then and do me this favor and allow me to put your name along with theirs."

"I suggest if a reader comes up with a suitable candidate’s name to be included here, you will give them a free drink."

The very next evening, as I was sitting in the bar and emptying my third glass of whiskey, a man who looked exactly like Rudyard Kipling walked up to the bar and asked Shan, "Do you serve free drinks to writers?"

Before we invited him to drink with us, he had disappeared. I and Shan went after him. We could see the entire lawn of the hotel, the beer lounge, and driveway, and the main road, but no one was there.

"Not sure" I shrugged!

#theinkwell prompt "Someone famous moves to a small town to get away from the paparazzi and befriends the story’s main character who runs the local hotel. What makes their relationship special?"