The Moon, Seven Windows and the Lake

I’m standing right in front of the Carlton Hotel! This is full moon night, when hundreds of tourists come every month to watch the beauty of the reflection of the moon in the lake. The moon reflects like a lotus flower on the surface of the water. Surprisingly, the moon looks bigger and more blue in this beautiful hilly town.

The moon had just risen in the sky, and all the hotel’s windows facing the lake began to open one by one, revealing the faces of cheerful and curious tourists.

It’s a full moon night, so the chains of mountains spread far and wide seem to be lost in some dreamy silence and milky moonlight. The clouds passing through the lake and mountains were making the atmosphere even more beautiful. The pink-colored seven-story building of the boat-club on the bank of the lake was a little more crowded at this moment. And the moon in the middle of the lake, looked like a baby in the cradle!

The lonely circular road around the lake with shadows of trees, as if a little baby forgot to put her ribbon around her hair! Oh, it was a beautiful view, with the open windows on this side and the guests peeping through, smiling and talking with their partners. 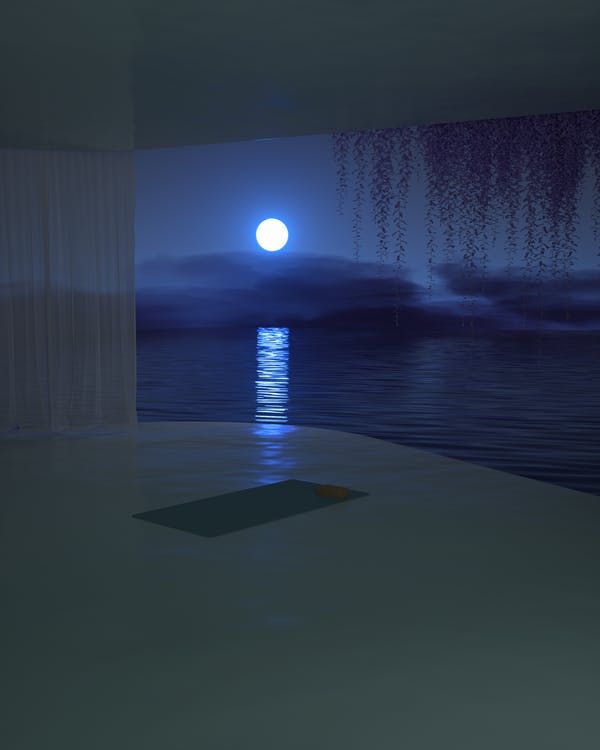 Let me describe the first window

The face of a beauty is peeking out, and the smile on her face is just indescribable. She is looking at the moon, first clapping and then, placing both hands on her chest, she says, “Oh sweety, come here.”

A bitter voice comes from inside the room, “What is it? I’m working”, said the man in a stern voice.

“Finish the work! Come soon, we have a romantic scene here!”

Saying “Oh damn!” the man came to the window. His half-bald head bent forward, the man looked furious at first but became soft as he saw outside. Suddenly, his face started glowing with the beautiful memories of bygone days. The woman came close to him. He puts his hand on her waist and says, “Rose!”

Do you remember how big the moon was when we were sitting on your house’s terrace, on Kumba Hill, and your father wouldn’t let me marry you?

Then your father returned my father’s passbook and agreed, remember?"

Saying “Oh!” The girl put her head on the man’s shoulder.

Rose remained silent for a while. Then she said, “Darling!”

Next year, we will go to Ooty. I have heard that the view of the moonlight is better there.

“No moonlight, but the sunset, when the sun sets behind the mountains.”

So next year we will go to see Ooty’s sunset. But the moonlight there is also amazing, just like on Juhu Beach in Bombay!

Then they both start looking at the moon with admiration.

A handsome, tall young man, with curly hair and big eyes, wearing a colorful tee shirt, stands in the window and looks up at the moon with admiration.

Suddenly, a voice comes from inside the room, “Dan!”

The young man takes a heavy puff of a cigarette, throws the cigarette in the ashtray, and says, “Yes, Shimi, what is it?”

It’s eleven. When will you sleep?

The young man, turning his face away from the window and looking at the room, says, “I can’t sleep now.”

Then the same voice comes from inside the room, “If you lie on the bed, you’ll sleep.”

You go to sleep, I’ll come.

Why can’t you sleep throughout the night?

Shimi came to the window. She grabbed Dan’s arm and dragged him inside the room. She said, “If you keep looking at the moon all night, how will you sleep? Don’t you see, it is eleven o’clock? Come on, let’s go to sleep now. “

Dan, filled with anger, almost shouted, “Don’t bother me, I will sleep later!

Tears came in Shimi’s eyes. She cried out loud and said, “You keep looking at the moon but never look at me. What is so charming about the moon?

Shimi left window, crying, for a few moments, I heard the sound of her sobs, and then saw Dan got angry and closes the window.

A middle-aged man is looking at the moon from the window. He holds a glass of wine in one hand and a cigarette in the other. Sometimes he takes a puff, sometimes he takes a sip, and he looks at the moon a little restlessly. Then he looks at his watch. Then he goes inside the room, leaving the window. For a few moments, the window goes blank. Just then, there is a loud sound of a bell ringing from the room. Then he comes to the window and takes two or three sips and puffs his cigarette in a hurry. His restlessness seemed to increase by every passing moment.

The waiter appeared near the window.

“When will she come?”

She said, “She will come after eleven o’clock.”

“Tell me exactly, did you go yourself?”

“Sir, I did not go, because the manager had sent me to his bungalow. That’s why I spoke to waiter number eleven. “

“Where is waiter number nine? Call him here! “

“The waiter number nine has gone to his house, sir! He told me he had gone to speak to her, but she was not at home.”

The waiter quickly disappeared from the window. The middle-aged man, looking at the moon, emptied his glass of wine and, turning to the window, said, “Heck! It was such a beautiful, moonlit night!

A young man is standing in an exquisite pose on the windowsill. Just in front of him stood a pretty girl, dressed in a tight shirt, as if she were posing in front of the camera. The girl is the famous movie actress, Lin. The boy is the famous hero, Balu.

Hero, “The moon is not as beautiful as you.”

Kim smiles, “But you are more handsome than the moon.”

The hero laughs and says, “Which film’s dialogue was this?”

Balu says, “Lin, look, there is one moon in the sky, one in the lake, and one beside me.”

Balu took her in his arms and said, “Come, let’s get lost somewhere on this moonlit night. Let’s sleep, forgetting the world. Let’s wash off false love with the soap of true love.

“Kimmy, is it a dialogue from the advertisement for a soap company?

Oh, my love, she laughs and says, changing her tone, “You are absolutely right. These were the dialogues of the soap-company’s shoot. I have reached a stage where fake dialogues come out of my mouth even in real life”

The hero leaned slightly towards the heroine from the window and said, “Kim!”

Kim leans towards Balu and puts her hand on his chest and says softly, “You sweet devil!”

Just then, there was a knock on the door from outside the room, and the voice of a woman said, “Kim! Hey, you came for two minutes? “

Kim was a little terrified. She murmurs, “Mother is calling.” I must leave. “Coming, Mother”

She blew a kiss and went off.

Two men dressed in nightgowns, with their backs to the window were busy talking to each other. One was holding a file, and the other was holding some papers.

Oh, Khan, I say, if you can fix the Chief Secretary, there will be a huge profit"

Khan was hopeful, “I will fix the chief secretary.”

Oh, come on, man, you said the same thing last month. I lost tens of thousands, but the work is not yet done.

“I’ll do it! Just wait and see how I fix up the chief secretary this time around! Singh, it’s a full moon today!”

Singh, with a glance at the moon, then turns his back and says, “Oh, leave the moon. If you fix the chief-secretary, then there will be a huge profit in this deal. And I will give you a 15% partnership aside from your commission.“ They closed the window.

He heard someone walking towards the window. Pressing her lips with her teeth, a beautiful woman walks in. She was wearing a horse riding dress, an open-collar shirt, jodhpurs, and a small whip in her hand.

Coming near the window, she stared at the face of the man. The woman said, “It is a great pleasure to ride a horse on a moonlit night.” I wish you could come with me! “

“When the joint pain goes, I will come with you.”

“Oops! I’m hungry again. I feel starving after riding. What should I eat?“

“There are some chicken sandwiches in the fridge. Go eat it.“

The woman disappeared from the window. She came back eating chicken-sandwiches and asks, “What have you been doing?”

“I kept looking at the moon and waiting for you.”

“You lier, you were lost in someone’s memory, right?“

“It’s you! Can anyone else replace you with someone else?“

Woman, with joy, “Yes, this moon is very beautiful. It showed the way to our love in every way of our life. It has also heard our sighs, seen our tears, and felt the kisses of our desire. Remember, one by one! On these lovely moonlit nights, somebody takes the universe from me and gives me my moon!

Woman, “My heart wants me to sit on a spacecraft and go to the moon!

The man said, “Those who live on the uppermost floor must go to the moon and grab the moon.” Going to the moon is good and also very beneficial for humanity. But those people who live on the lower floors, those billions of human beings, do not have enough to eat. Look around at how desperately man is still looking for that little spacecraft called “food!”

This is not your philosophy class! You have come here to enjoy the full moon night at this hill station! “ The woman, wiping her tears, looked at her husband with great pride and love and, holding his hand, said, “Come on, now rest. The night has long passed. “

They both went inside the room.

The moon is shining brightly in the middle of the sky, reflecting in the water, and looking at the closed seventh window.

theinkwell Prompt "Under the Light of the Moon"