pibara63
a year ago
in#bookreview 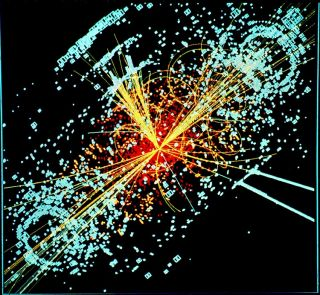 The writing contest has had three entries, and is now closed for new entries. The review contest so far has not seen any entries yet and hence this reminder post.

The base idea of the review contest is:

Please note that while a review of the 3th story isn't mandatory, and it won't be used in judging and picking the winner of the review contest unless it is too close to call, it would be really great if you can give each of the stories a short review.

The exact details can be found in this post

Before we look into the actual contest again, and what you can win, first lets talk a little bit about the Hive Book Club and about CreativeCoin.

CreativeCoin is a Scott Tribe with it's own token on hive-engine, CCC, and a place where creative minds of many kinds meat.

My current delegation to The Hive Book Club will expire at the end of this year, and before that , in a few months, we'll evaluate if I should do a new, bigger delegation next year, if I should use my CreativeCoin stake to revive my old Silent Bob Curation Initiative, or if a combination of the two would be the best option. In the mean time, my CCC holdings have grown a bit, and I now have a little over 180,000 CCC that really isn't doing all that much, at least not untill the end of the year. With the two contest posts, I want to look at how I can use this stake to run a little competition aimed at bringing the Hive Book Club and CreativeCoin closer together.

The price for the writing contest with three competitors, before was set to a 75,000 CCC delegation. For the review contest it was set to a 50,000 CCC that I later updated to 70,000 CCC. I now have 180,000 CCC to delegate and spread over the two winners for the two contests.

How the price is going to be spread over the winners and possibly contestants will depend on the number of entries for the still open review contest.

The deadline hasn't changed. Submit your entry to this competition before:

Remember, it is about connecting.

Remember, if you compete in the review contest, you are not just competing for a prize, you are helping two worlds and different HIVE tribes and communities to connect. Read the three stories by @wrestlingdesires, @litguru and @samsmith1971, they all are amazing and creatively written stories that deserve your time. Enter the competition and connect the two tribes. And if you are lucky, you might win a nice 3 month #creativecoin delegation that you could use to bring communities even closer together.