Juan Family and The Cursed Gold Mine - Fiction Story 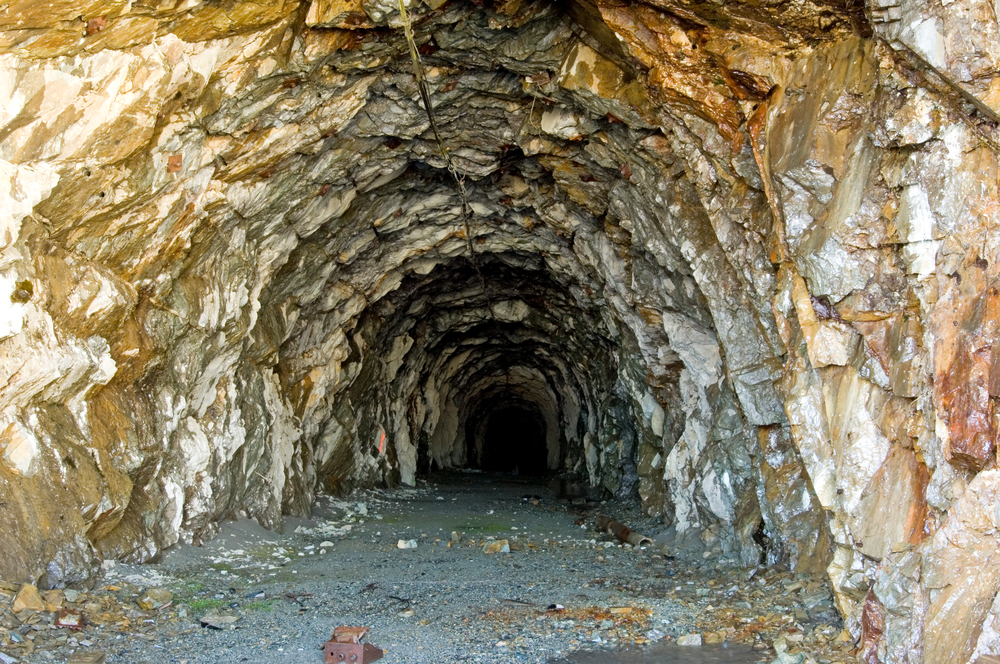 This is a fictional story I wrote, I hope you enjoy it, When greed prevails.

I will tell you the story of the people of the village and the cursed gold mine.

In a small village in remote Colombia, South America, lived the family of Juan, the man who worked on his farm, called Andreas, and his children David and Daniel and his wife, Maria.
Grandpa Juan was living with his son Andreas and his young family.
They work together in the field while his wife Maria raises some chickens and geese. The two young children have not yet reached school.
They used to go down every day from sunrise to work in the field, then return to sunset.
Maria carries afternoon food for her husband and Grandpa Juan every day while the children play under the nearby tree.
The Juan family's life was not the best but they were always happy with work, hard work and diligence.
Andreas sits at the end of the night with his wife and says to her, "Do you know how I wish I could build a big mansion to live in?"
Maria laughs and tells him if you would return to your senses, that we are living in unparalleled happiness.
Leave those thoughts and go to sleep. If we shared a loaf of bread every day, I wouldn't complain.
The early morning comes and all the people of the village go out to their fields to work.
And in one season, a strong wind came to uproot all the plants from their fields.
It seems that the people of the village will not have a livelihood. The storm reaped everything and everything. 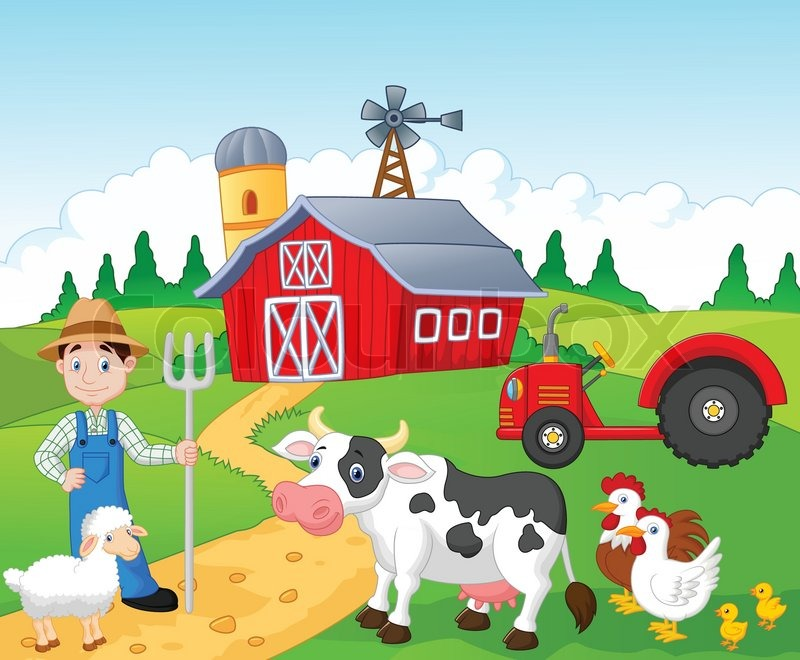 The people of the village gathered together and one of them said, "We must go to the mine now. We no longer have a choice. Leave these myths aside and do not be like cowardly mice."
Grandpa Juan shouted, "No unprecedented curse will befall you. You will be killed, you will be burned."
Everyone laughed and said, "Shut up, you madman. We will go to the gold mine. Whatever happens, we are already curse."
All the people of the village decided to go to the nearby mine, which no one could approach, so that they would not be hit by the historical curse that had been passed down through the generations.
Grandpa Juan returned home with Andreas and they sat together at the dinner table.
Andreas said, "I decided to go to the mine to get my share of the gold, because I can no longer work from early morning until the end of the day."
I will go to the mine and we will build a large palace for us, and we will have servants, staff, and and ...
Grandpa Juan interrupted him and told him not to throw your hand to destruction. We all know what happened to our great-grandfather and the old people of the village. Do not turn a blind eye to the truth.
Andreas did not listen to them, but decided to go to work in the mine, get gold, and fulfill his dreams.
Andresas went on the first day with the people of the village and removed the barriers in front of the mine and began to enter and prepare the tunnel and support it with wood and as soon as they all entered, they were surprised!
They found a lot of gold, everyone shout. We got rich and started hugging.
They began to bring out the gold from the inside so that it was near the entrance, until night fell and the sun began to set, and they decided to return the next day with carriages to carry the gold. 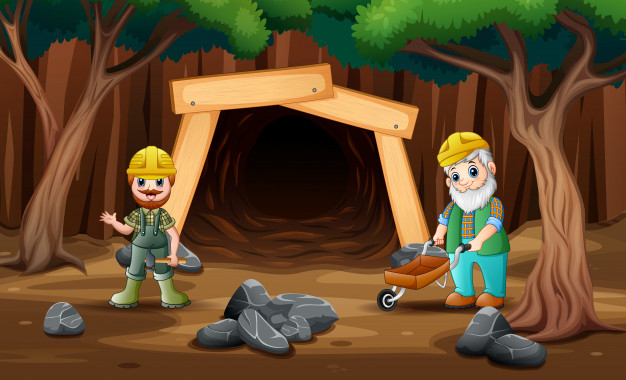 Andreas decided to return from the eastern side to pass by his field to take his cart from there to home, and in the morning he goes to take his share of the gold.
While on the way, seeing a light shining from the cave, Andreas marveled, "Who has come here?"
Andreas went quietly into the light and began to call out, "Anyone here?"
No one answered until he found an old man with a flame in front of him, suspicion and suspicion surrounding him.
Until the cave called him Come, Andreas, do not be afraid, come near my son.
Andreas almost became mad that he was his great-grandfather, Alejandro!
And before Andreas asked questions, did you not perish in the curse that had already befallen the village?
How did you live all this?
How did you survive?
But Grandpa Alejandro interrupted him: "Go early in the morning. You and your family go away and ask nothing."
Immediately Andreas came home and told them what had happened, but no one believed him, but Grandpa Juan told them: We will go tomorrow, no one will stay here?
When the sun rose, the Juan family had packed up and decided to leave?
The people of the village marveled at them and mocked them and said that you want to remain poor for the rest of your life. Go.

Weeks after the emigration of the Juan family, his wife Maria said to him: Should we go home
He told her, "Yes, go, boy. Maybe the danger has passed, and we haven't heard anything that has happened."
But when they returned, they were surprised that all the houses had turned to ashes and they did not find a living person?
No one remains in the village.
Andreas told them they waited for me here and went to the cave but found no one.
He returned to them and said thank you ,Grandpa Alejandro. 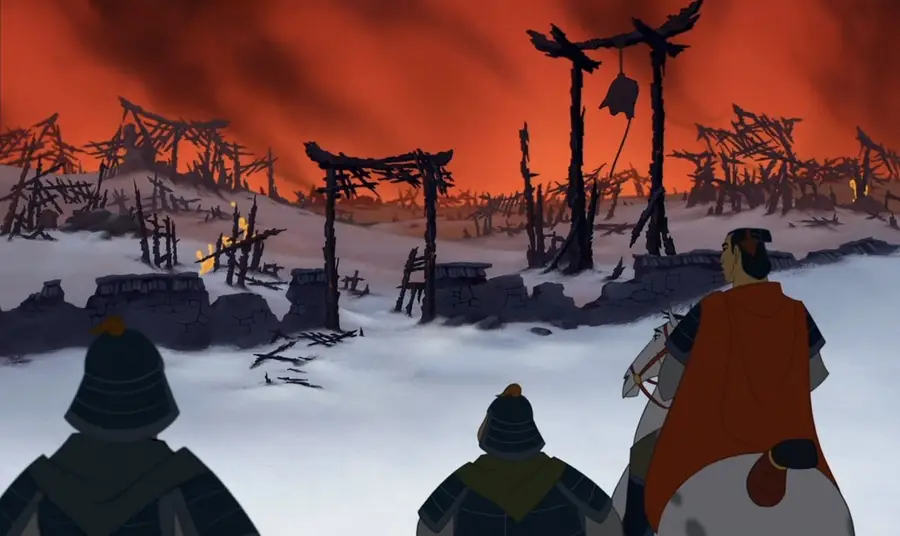