The Confessor | The Ink Well Prompt #57 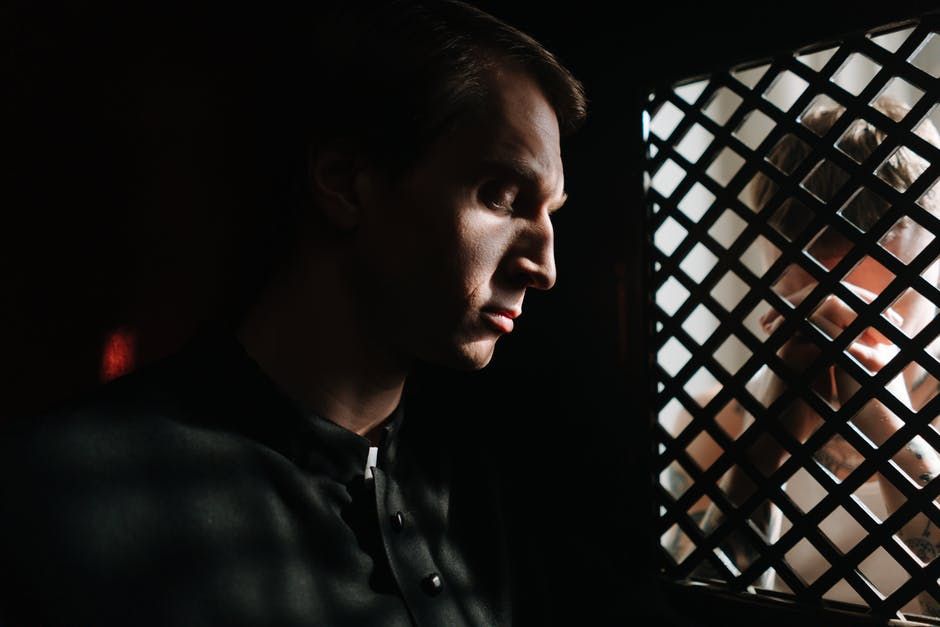 "Can I take your confession now?"
Rev.Father Tansi politely asked Majek. It was his first confession of the year and he wanted to free his conscience after the last sermon he heard from Father Micah the previous sabbath.
"Yes, Father."
Majek replied as he started confession is transgression to the priest.
"Please pray on my behalf father. I slept with my neighbour's wife. Though, I have liked her before the time because she is very beautiful and the rave of any man who looks her way."

Could you ahed more light on how the sin was perpetuated?

The priest needed to know because he wanted to know what he would centre the prayer on. The sin of adultery is never taken with leniency when it comes to matters of the faith. Majek was however ready to purge his heart of the aches he had had after the unholy intercourse she had with Jane. He needed to confide in someone until now that the opportunity surfaced.

"Father, she seduced me but I gave in to the sin like David did to Beersheba."

As a rule in the faith for the priestly class, confessions were to be held in confidence and must not be related to a third party.
During their seminary day, all the priest were taught the seven sacrement and how importantly they must uphold it virtues.

As Majek continued to confess to Father Tansi, he opened up on how he started developing some sinful feelings towards Jane even though he was married to a beautiful wife, Monique.

That fateful day, Jane's husband who works at the central hospital as a peadiatrician was on call duty that was going to last twenty-four hours. And Jane goes to work at the railway office as ticket sales accountant. She was away for another two weeks before she would.go back to work.

In the morning of the very day, Majek who was working in a building site as a contractor is not ever in a haste to get to the site. As he was going through the walk way to the gate, he saw Jane exposing her young body deliberately to him.
He caught a glance and his sight got arrested. Jane beckoned on him to come in to their apartment when they committed the sin.

Father Tansi made the sign of the cross and said to Majek:

"The Lord have mercy on you."

Majek responded with loud amen.
He left afterwards, relieved that he had no more sin hanging on his neck.
Surprisingly, on sabbath when all the congregants were gathered, Father Tansi started to talk about the immorality happening between couples in recent times.

He started to mention it that the same is happening within the four walls of St. Agnes Cathedral.

Majek began to sweat. He didn't want any trouble for himself and Jane. He was so restless, waiting patiently for the sermon to come to an end. The priest did well not to
0mention names but he has betrayed the trust of his confessor. 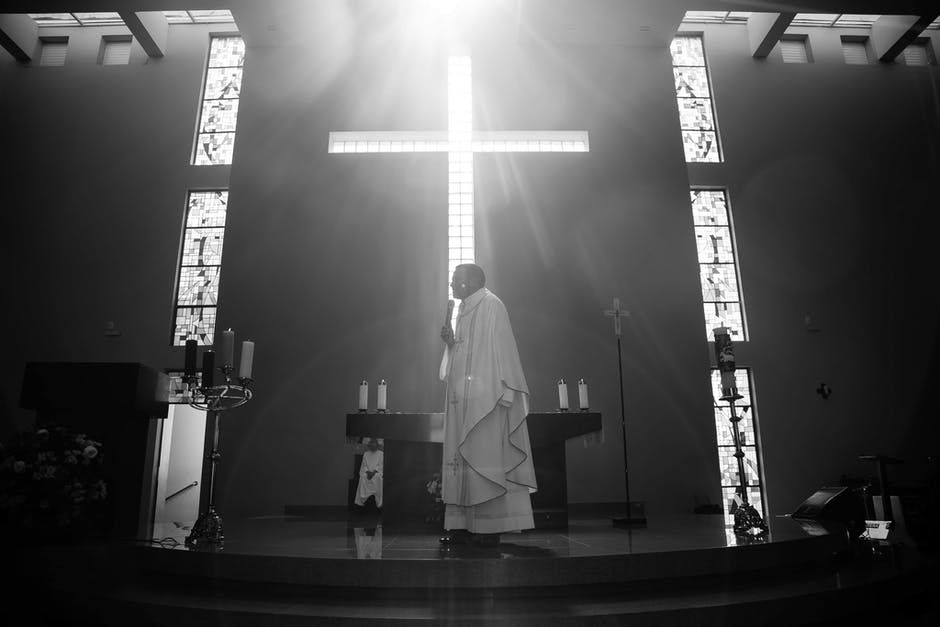 Jane and her husband were in the church that same morning but he didn't think his wife could stoop so low to have an intercourse with another man while in a matrimonial relationship with him.

After the morning mass, Majek told his wife that he has been considering relocating to Abule, a large city away from Lagere, where they currently reside.
Since everyone loves to live in the city where there are enough facilities for modern life.

When Mrs Majek was at work, Majek arranged for their property to be moved from Lagere to Abule without informing their neighbours that they were relocating. It was after he was done parking all their belongings that he called his wife that he had moved everything to their new apartment in Abule.

Why the rush. You couldn't wait for me to be back from work.

Even though Mrs Majek did not suspect her husband, she felt that packing away from here to the new apartment ought to come with some preparation.
She however closed from work and went to meet her husband in the new apartment. It was a very beautiful place and Mrs Majek was satisfied with what she saw in the new place.
When their kids were to vacate from their schools for the easter holiday, Mr Majek went to pick them from their boarding houses only to drive them to the new place. The kids were so happy that they jumped in excitement.
The holiday was quite memorable for the children as they had enough to eat. In their hostels, they had to endure all kinds of watery soup, pap and beans.
One night after dinner, Mike the youngest of them all started having a fever and had to be rushed to the hospital. He was throwing up and had a very high temperature.

Majek took him to the hospital and the process of meeting with the doctor on duty commenced.

"Kindly get him registered at the records department and come along with the small card you'd be issued."
After all that was completed, they were finally ready to meet the doctor. When Majek was led into the air conditioned office, he began to sweat profusely despite the coolness of the space.

Jane's husband said from behind bis seat. He was newly posted to the city medical centre.

Quite an age. Let's get to deal with why you are here first before other things.

By this time, Majek was getting nervous even as he tried to control himself, his voice and hands were shaking as he sweat dripped from his forehead.

My son has a fever.

Majek said to the doc.

After examining him, the doctor made a prescription and asked him to get the drugs from the pharmacy. He reassured Majek that Mike will be fine.

Quickly, Majek collected the prescription paper and was heading out of the door with Mike in his hands when Jane's husband, the doc called him and said:

"You left without saying goodbye."