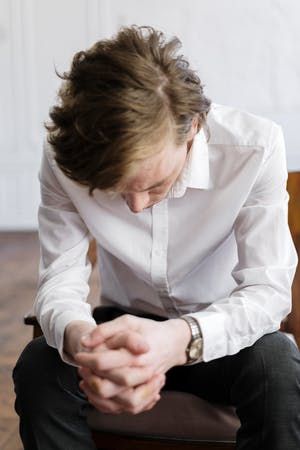 It was as if an angel had passed, the boisterousness immediately gave way for calm, the movie they were all watching which had triggered a frenzy no longer interested them, even Mr Jude who sat at the dinning seemingly engrossed in his newspaper, acting oblivious of whatever was happening had to pull off his glasses. Everyone watched in silence and utter surprise as Mike barged into the room, flung his bag on the couch and raced up the stairs to his room without saying a word to anyone.

Something was definitely off, this is Mike, the "happy Mike" as his mum fondly called him. It was really strange how he didn't care about or even smell the aroma of his favourite dish cooking in the kitchen, how he was not concerned about the movie his family were seeing or even tried to know the cause of the frenzy. It was particularly unbelievable that he
could just go up his room without saluting his parents, not even a "hi".

Everyone including his sisters knew something was definitely wrong , this couldn't be their MIKE JUDE, the happy Mike. He would normally have smelled the food from outside and would rush in finding his way to the chair besides his mum's , enquiring with a wide grin what movie they were watching and why everyone was so bubbly, this was after he would have greeted his father " good afternoon Engineer", like he always did and he would have kissed his mum on both sides of her cheek and would ask her "baby, how was your day ?". He would then go on to complain of hunger, saying he would die if he didn't get food the next minute. He would have asked his younger sisters if they didn't have any assignment from school and would have probably told them that all they knew how to do was watch movies and eat.

Mike was hardly sad or angry and this fact made his mum panic, she dropped the orange she was about to eat and turned to her husband with some look that could easily be interpreted to mean "what could have happened?", his two younger sisters who were sitting on the floor by each side of their mum with their eyes previously fixed to the TV were now up, they just stared at their parents waiting to see their reaction.

His dad nodded to the direction of the stairs gesturing that his mum go check out what was wrong with their son. she immediately got up and made for Mike's room and his sisters followed her too.

They found Mike's door wide open, he hadn't taken off his clothes or shoes, he just sat on the bed with his head bowed down. His mum guessed that he didn't do well in the job exam and he probably couldn't get the job like he said he would when he was going out to check his results that morning.

She now understood his plight , this was the 3rd job exam and interview he had gone for this week, he was particularly interested in this one, it was in an oil firm, it was his dream job. His mom recalled how he had studied day and night for about 3 months for this. They actually thought he would get the job, even Mike was convinced he would get it too.

Mike's mum sat by him, put her hand around his shoulders and said " Mike, it will be fine, you shouldn't hurt yourself because of a job, more jobs would come",
" No mother!!, it's not ok!!" , he replied in flared up temper, now sobbing, "When I told you that I was tired of all this, you and Dad didn't let me quit, you said if I kept on working hard, if I kept on studying, that one day I would blossom, now look at my life, look how miserable I am, just look at what the oil company said to me".
He put his hand into his pocket,brought out an envelope and threw it on his mom.

At this point the mum was now very emotional but she still tried to hold back the tears that hung on her eyelid. Mike's cry was contagious, his sisters had already began crying but they still found strength to console him, all the while they had been saying "Uncle Mike it's ok, please stop crying" .

His mum reluctantly opened the envelope, tears now trickling down her cheek, she wiped the tears with the back of her palm, she narrowed her eyes trying as much as possible to make out what was written on the paper as she didn't have her glasses on and couldn't see clearly.

She read down and got to a point written " Mike your test results have been outstanding and you have blossomed even in our oral interviews, on this note we have decided to consider you for the job of the quality control manager, we would want you to send us a mail indicating your acceptance after which you should come to the office so we could negotiate on your salary". Mike's mum turned to Mike with her eyelids wide apart, she shouted "MIKE!!!" , at this point Mike was no longer crying, he had become himself, now wearing his normal big grin and winking at his mum, his father had immediately ran upstairs at the sound of his wife's voice, his sisters and the father asked simultaneously "What happened ??", Mike then cut in "Engineer, I got the job o", Mike came closer as if to hug his mum then his mum sent him staggering with a resounding slap bam, " Mike do you want to kill me?", she said smiling. Mike smiled back, with one hand on his cheek trying to soothe the pain, "I am sorry mummy, I blossomed, I passed the test!, I got the job!, just wanted to prank you a little " Mike replied.