Hi readers of my story, Infernal. This is a parallel story that I've been working on. It's equally as positive as the other, but written from the opposite end of the utopian spectrum. It's about a port city on an island that had managed to make its way through the crash and isolation that it bought.

For now, it's simply called 'Harbour' but that's a temporary thing as I hope to give it a better name soon.

I hope you enjoy this one as well!

The kids had been buzzing all day - matter of fact, everyone was on a high. - a cargo ship docked just after dawn and the whole town has turned out onto the lawn to count down to the switch over.

3-2-1 and zero! The Mayor pulled the ceremonial switch and with a huge flash of sparks and ozone, the power from the ship flowed into the town’s power banks. The crowd roared and the sparks flew. The Mayor stepped back from the flashing and bowed to the crowd.

‘Thank you, crew of the Surein, for your addition to our self-reliance.’. Another cheer from the crowd and the town lights waxed and waned in appreciation before stabilising at a level slightly brighter than they were before.

It was a ceremony that we performed every time a ship docked. The power generated and stored in their huge battery banks as they sailed was transferred to the town’s storage reserves and helped pay for their berthing fees and some of the costs of the crew while they were in town. A general celebration of life.

The switching is all performance. The power was connected during the day but didn’t flow until the Mayor pulled the switch. Of course, all the acting and sparking is just for show, then real work was handled by computers but the crowd loved it and it made a special outing every couple of months.

There was a pop up night market, we could afford some extra illumination for a couple of hours. Stalls popped up everywhere, folks with a little to trade, regular businesses and, of course, performers. Nobody worried about wages and income so lots of people practiced arts and crafts and performance skills. The celebrations are always spectacular.

I worked on the transfer when a ship came in.

We’d spent the day unloading several kilometers of solar cells that needed maintenance. Twelve kilometers in all, most just in need of a good clean to restore their performance when they were towed behind the ship at sea, generating power that was stored in the salt water batteries that was the ballast of most ships.

This trip, the Surein needed sail maintenance too. Two of the five huge sails were not generating power at their best. Some of the inbuilt sensors were not working and our port techs had been monitoring their performance for a couple of days as the Suerin came closer to the harbour.

It was all routine maintenance on the huge ships. This was a Carrack, the huge sails were the current trend for capturing the Sun, though some preferred smaller sails with less generation capacity but a wider angle of capture. Smaller, local ships are like dhows - small, fast and efficient, not so focused on power generation. Dozens of these were registered to this harbour, though almost an equal number of unregistered operators came and went. We got one huge cargo ship a month, in a cycle through the four major ports. Shipping goods was a slow process, wind was reliable and fickle at the same time but the need to transfer goods with an absolute minimum use of fuel made using it a necessity since trade was reestablished after the crash.

Trade may be slow but the arrival of a new ship meant lots of new goods and foods and the chance for up-market local producers to ship their wares elsewhere.It is one of the frustrations of life - instant communications anywhere in the world but a long wait for the arrival of anything. Not that you can order any consumer goods without a high tariff, most of the shipping was for the essentials needed to make living comfortable. Civilization is still global, though much, much slower and fairer.

Transferring the goods took almost two days. The lifters had a special dispensation to use fossil fuels. Their lifting and carrying capacity made that essential. The rest was done with the mechanised exoskeletons that my brother maintained. We had a fleet of fifty here in the harbour and twenty two were in use for the whole two days. The rest were out on trade to the farmers who were rushing to harvest their crops quickly so that they could stow them on board the Surein for trade along the coast.

Daj was the town’s appointed exchange merchant and would follow our town’s crops up the coast before the Surein departed for the deep ocean where it would sail for the next port. His job is to maximise the value of the trade. Our town’s AIs would negotiate base prices for exchanges but it was the job of Daj to apply his heavy training in morality and ethics to make sure that the trade benefited the most people or organisations. Trade isn’t a simple exchange of goods for a surrogate currency, that was for local markets and local currencies. When it became more than a local issue, exchange merchants had to ratify the exchanges made by the town and the ship AIs.

After a few drinks, at the Icon, Daj was praised and celebrated for his wisdom and experience in a port ritual that was performed in every town with every departure. Every active person on the docks participated in this ceremony, it was part about trade and economy and part recognition of the harbour workers who, without the labour of, trade would be impossible.

Then the gambling would start. Another bonding ritual acknowledging the vagaries of trade, though the official algorithms meant that nobody went home completely broke, there was still the thrill of winning and losing, at least for a short while. Nobody lost anymore than they came in with, at least that was the theory, though some die hards always found a way 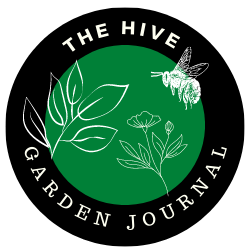