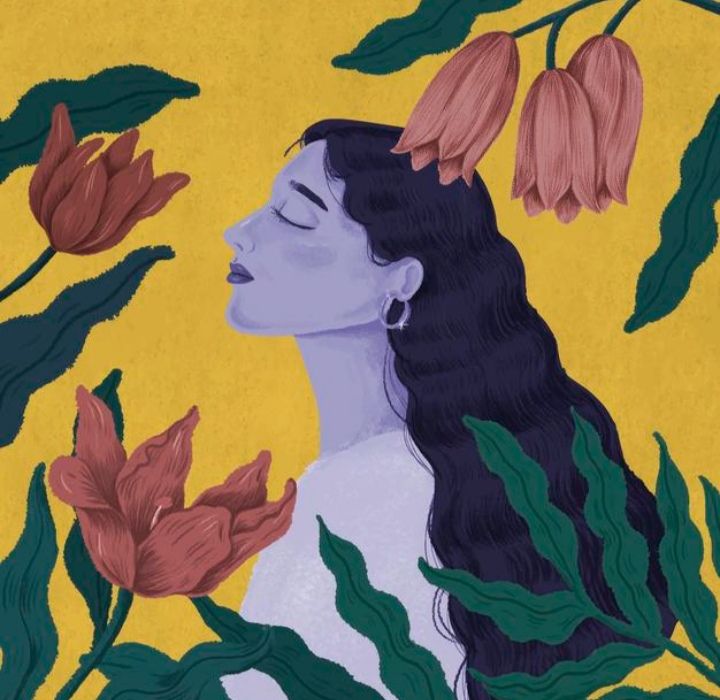 Just a week after his young wife's and stillborn baby's funeral, Ben could do nothing. Due to pregnancy complications, Mara, his wife, was delivered of a stillborn baby and then gave up the ghost soon after. The doctors could not save her. He missed his wife so much that he had no zest for life nor the inspiration to paint. It was like that part of him was dead.

Ben sat for hours, day after day, staring at his painting board. He had to survive. He often sold his paintings to care for his family. They are gone, but he is still alive. Then he remembered the antique watercolour paint brush he exchanged for a copper coin from a junk seller at the market. He pulled it out of his desk drawer, sat on a stool and faced his painting board. 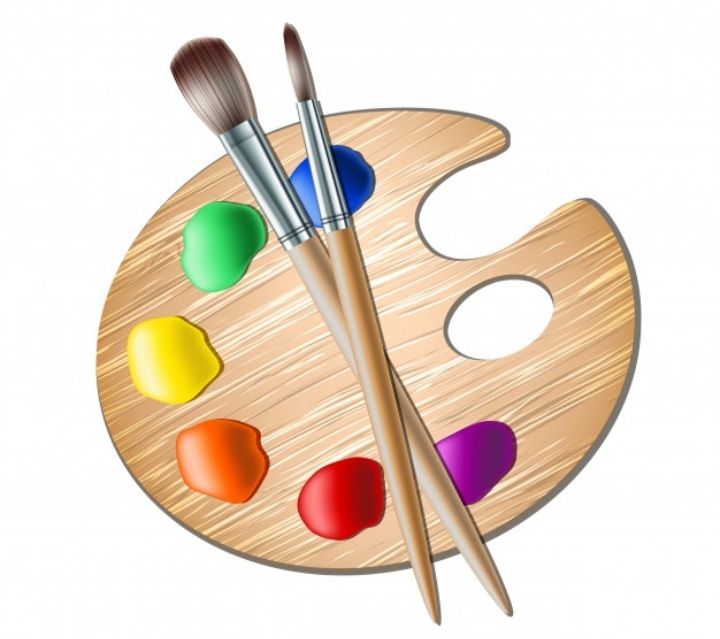 Moments later, without a single thought, his right hand moved of its own accord and began to paint. In his state of grief, he did not question the mystery. He just watched as his hand got busy, moving across the white canvas. Shapes began to take form on his painting board revealing a colourful image of Mara, her hands stretched out to hold his own, both of them staring at each other in love.

Ben blinked, unable to believe his eyes. He shook his head. He did not have this particular image in his head before the painting began. How did it appear on his canvas? He felt the pain of his wife's loss afresh.

He dropped the brush on the floor. With elbows on his knees, he rested his face in his cupped hands.

"Ben?" It was the gentle, beautiful voice of his Mara. She sounded close by. He raised his head, shocked to see Mara standing in the middle of the room. Her hands were stretched out, just like in the painting. Mara looked ethereal, and fairylike. Her skin was white as a sheet, her hair black, and her lips pale.

She was dressed in a white, flowing gown. Ben could not close his mouth, it hung open. He looked down to where the gown ended, a little above the ground, her feet were not visible. Just empty space, like she suspended in the air. Mara did not walk, she flowed closer to him.

"Ben, look at me." He stared into her beautiful, glassy grey eyes that were once brown. Her eyes shone with so much love and sadness at the same time. Ben almost broke down into tears. He could feel the grief literally deep in his chest. She looked very much alive.

"What have you done?" She asked.

"I - I…" Ben was speechless, his mouth dry. He licked his lips. "You are here. You are alive." He stood, stretched out his hands like in the painting to hold her. Mara moved back a little, raising up a hand to stop him. Ben halted.

"Mara?" He croaked, not hiding his anguish. "I need to hold you. I swore we would never be apart. I cannot bear losing you. The brush..." He rambled on. "The brush is magical. It brought you back!"

"Ben, I am not alive. This is wrong." Mara pleaded as tears pooled in her eyes. The tears sparkled. "The brush is wrong. I should not be here. It's unnatural."

Ben shook his head, gripped his hair tightly as if to pull out some strands. "No! I have the power. With the brush, I could paint whatever I want and make it alive. Don't you see?! I - I could trace my hands to wipe away your tears. Or paint myself holding you tightly so I can drive away your fears. Let me hold you, Mara. Please!"

The tears flowed down Maria's face uninhibited. Ben moved closer gently, careful not to scare her away, now that he had her here. He stretched out his hand to touch her hair but his hand sliced through her head without really touching her. It was just emptiness.

Ben stared at her in shock as it dawned on him that he could not touch nor hold her. It was Mara, but she was not alive. She pulled back. Ben fell back too in a daze, tripped on his painting stool and fell on his buttocks. He could not find the strength to get up. He stared at Mara who sobbed loudly into her hands covering her face.

"Ben, I am so sorry. I wish I could take away your pain. I miss you so much but you have to go on living without me. Someday you will love again. You cannot paint my soul to be with you always. It's not right. Let me go."

Mara sniffled and moved close to him. She crouched down and looked into his eyes. "Do you trust me?"

Paul grimaced, like he would cry too. He spoke quietly, "how can you ask that? You know l do."

"Then know I will always be with you. Believe that in your heart. But not like this. If you love me, you will set me free."

Tears pooled in Ben's eyes and dripped slowly down his cheeks. He did not make any move to hide his pain and vulnerability from her. He nodded and asked,"How?" Mara sighed in relief. "Throw the brush in the fire," she pointed to the fireplace.

Ben picked the brush and stood by the hearth. He stared into the fire, looked back at Mara who was smiling beautifully. Memories of the good times they shared flashed momentarily through his mind. "Mara," he whispered pleadingly.

He threw the brush into the fire. Whistling sound filled the room as the brush caught fire and burned. Mara faded away slowly before his eyes, bit by bit, starting from the ground upwards. Her eyes glistened with tears and love as she smiled sweetly.

I hope you enjoyed reading this story. It is inspired by the 50 story ideas prompt which says - A painter loses control of his hand and watches in horror as his hand paints something that predicts the future.