The Adventure of Willy | The Ink Well Weekly Fiction Prompt #4 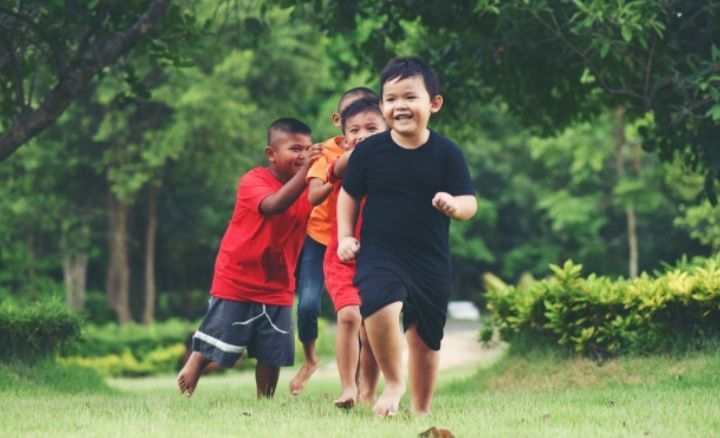 "Hurry! Hide! He's coming closer," Ian whispered to his other friends Peter, Archie, and his little brother Willy. The boys who were far away from home, huddled close into each other in the bush behind a large tree, breathing harshly.

They had been running for miles from a farmer in their neighbourhood who was relentless in pursuing them. The middle-aged, harsh-looking man stood in the middle of the bush under the hot sun with a shotgun in his hands. He looked around, listening intently if he could hear any noise that would give away the location of the troublesome boys. Just the chirping of the birds.

He was once a boy. He remembered the troubles he got himself into, chaos, and fights he was involved in but nothing like what these four boys have done to him. He took a step, sticks and dried twigs breaking underneath his big, heavy boot.

He stopped suddenly upon hearing something like a whisper, then wiped sweat drops from his forehead and brow with his hand and adjusted the shotgun.

"Boys! You have one last warning. Come out now and we can forget this ever happened! If I find you, your punishment will be more."

Willy, a six-year-old, was shaking as tears pooled in his eyes. Ian put his index finger to his lips to signify silence. Willy nodded but deep down he had had enough. He'd always looked up to Ian, his big brother as his hero.

Ian was the favourite in the house. Their parents liked him more because he was fearless and brave. In school, other pupils stayed away from him except for his friends who'd do anything he asked. Most times, he was called to the principal's office and Dad would visit the school and sort it out.

Willy is determined to be strong and brave like his brother. He wanted mummy to like him just as she liked Ian. When he caught Ian sneaking off in the middle of the night with Peter and Archie, he knew this was his chance to make mummy proud. To make her know that he too could be brave like Ian instead of burying his nose in his books.

Willy promised himself after this rendezvous, he would boast to George, his only friend in school about his adventures. What started as an adventure through a farm, miles far away from home, turned into a nightmare.

They not only plucked lots of apples into a sack but lost it on the way, Archie left the fence door open and chased the pigs out for fun. That was when the farmer heard the commotion and came at them with his shotgun.

They ran all through the night as they had never run before. Then they hid, thinking the farmer would give up and return to find his lost pigs. He did not. The sun had risen high in the sky and Willy was so tired, hungry, and thirsty. He missed home. He wished he was home now, reading his favorite comic books in his room rather than in this bush.

A gunshot rang out startling Willy from his thoughts. "Run! Run!", Archie shouted as they all scampered and took off in different directions. The farmer ran after them and caught Willy by his collar, jerking him up in the air with one hand. Willy screamed. Ian stopped running. He turned and walked back toward the farmer. Archie and Peter did not stop. Ian knew he could not go home without his brother.

"You silly, ragamuffins! You will not return home till you find me ma pigs. Get that?!" Ian nodded, as Willy continued crying. The farmer let him down and dragged Ian along by the scruff of his neck as they searched for the pigs.

While on the search, Willy's father drove down to the farm in his Toyota Hilux pickup. He got into a discussion with the farmer, apologized profusely to the farmer, and promised to reimburse him for the loss. He pulled his sons to the pickup.

Getting to the car, he stared Ian down. "I am highly disappointed in you. How could you? And you dragged your brother along!"

"Shut up boy! You do not interrupt me when I am speaking."

He turned to Willy, "Your mother is worried sick about you. Let's go home".

Willy could not believe his ears. This means his mummy likes him too. As they drew closer and their house appeared, Willy felt so much better. He couldn't wait to hug his mum and eat her delicious waffles. It was his favorite. It was good to be home.