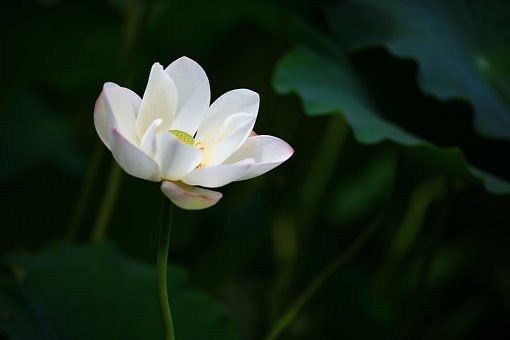 The rain had come to a halt. Only the sounds of falling droplets from the leaves, birds and crickets chirping could be heard. It was Coal dark and cold. The people of Suhr were usually all cooked up beside a fireplace in their various huts by this time. Only Winona the village seer would be seen in the rain making incantations. It was the only time she received message from the gods. When it rained.

“Why have you come to my hut at this hour of the night? I know wickedness swims in your veins but have you added indecency to your list of many traits. Winona lifted her lantern to reveal Kabari's beastly face. His eyes bore anger and desperation. She had just come out from a state of trance. Her wet hair swiveled in the direction of the cold wind engulfing the atmosphere.

“Lower it you crazed woman. Have you lost what's left of your senses? I am the king and must not be seen like this” Kabari queried as he blocked the light with his hands. He was disguised as one of his servants clad only in a brown wrapper around his waist.

“Yet you are here. A King without his crown is a mere man. Relinquish the throne and save face now. It is the most honorable thing you can do before the full moon”.

“What else can you do to me. You imprisoned your brother Kube and banished my only child, his wife from this kingdom because you wanted the throne. She was pregnant”. A shine formed in Winona’s eyes. She blinked her eyelids to hold back the tears threatening to poor down. “Would you banish me too? I'm old and I have nothing t lose. I've seen it all”. Winona regained her composure and barked at Kabari.

“Your daughter chose my brother instead of me. I am the first son and I should be king. Tell me what the gods truly mean by the prophecy. Tell me now”. Kabari grabbed Winona's arm and stared hard into her eyes as though he was going to conjure the answers from them.

“The one who bears the Fair Lily will ascend the throne. The Lily would be known by her gleam. She exudes a different radiance and unlike her pairs she would never wither in beauty. she will arrive on the ninth moon when the rays casts its light upon her. The Lily will bring the gift of the throne. So let go off me. I am only a seer and not an interpreter. The gods often speak in mysterious languages”. Winona snatched her arm and hissed at him.

“The full moon is upon us tonight”. She turned away from kabari and walked backwards into her hut. Winona was old and frail yet graceful and poised. The villagers called her the white seer because all her hair had turned grey and she only wore white draped from her shoulders to her ankles.

Filled with rage, Kabari sparked mud as he stomped away into the darkness of the night. He had hoped that his little visit to the seer would give him some answers. Kabari had sworn to ascend his father's throne despite the prophecy from twenty years ago.

Only the son who produces the fair lily would be king regardless of any birthright. After many seasons of futile attempts at gardening, he became very envious of his brother Kube’s flourishing garden. He knew it would only be a matter of time before Kobe produced a Lily with all those beautiful traits the gods had prophesied. Kabari then plotted a plan. He forcefully took his father's place even though the crown had mysteriously disappeared after their father's death. He had his brother imprisoned while the wife was banished from the kingdom.

He proceeded to destroy every flower and garden in the kingdom. If he couldn't produce the flower, no one would. He concluded it was the answer and solution to his problem. However, moons had passed and the Suhr crown was nowhere in sight.

It wasn't an hour later before the people started to assemble in the middle of the kingdom. The moon was in sight yet it didn't cast it rays upon any living thing. It was still as dark. The people began to feel terrified about the strange occurrance.

Slowly the rays started to illuminate a forest path that opened to the middle of the kingdom revealing a very beautiful maiden emerging. She had fair skin like milk and looked supple like butter. The people were beyond astonished.

“My name is Lily and I have come to meet my father Kube. The gods have a gift for him”. A golden crown mysteriously appeared in her arms as she spoke loudly maintaining her charms.

“The gift of the throne! At last the moon has cast it's rays upon a fair Lily on the ninth moon. The prophecy has been fulfilled. Indeed the gods speak in mysterious languages”. Winona rose from a bow and smiled. “Kube bore the Lily after all and now the Lily has blossomed”.