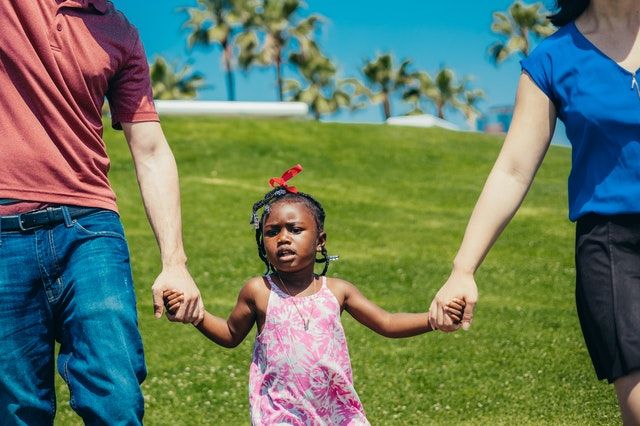 Violeta Azuaje is a 50 year old divorced lady who was married to a man much younger than her. Unfortunately the marriage did not work out and ended in divorce. Although physically she is still an attractive woman, keeping her slender figure and porcelain skin, she never remarried.

She is currently the director of a famous research institute in Mexico and is only a few years away from retirement. She is thinking about how she will spend her time after retirement. ..... She agreed that while doing her graduate studies in the U.S.A., she did social work in an orphanage. In addition, she met many foster parents. From these experiences, the idea of adoption began to cross her mind.

Her younger sister, the 38-year-old physician Mariela, is sterile. She is married to Idelfonso Palencia, a wealthy lawyer, who is not very interested in children. He, meticulous and thoughtful, thinks that children are unnecessary because he is happily married.

Violeta observes that Mariela suffers in silence because she could not have children. She proposes to her sister that she adopt a baby. She ponders the proposal. After a week of pondering, she meets Violeta at a bakery for a snack. They would meet there at 5 in the afternoon. The famous cherry pies, which are sold there, are the sisters' favorite. After the tasting and while they are drinking coffee, Mariela confesses her concerns:

-How do I deal with my husband? He is not interested in adoption. Besides, remember that he is a lawyer and any adoption procedure needs the signature of both of them- -Take it easy, they will break the law.-

-Don't worry, the rules will be broken. We don't have any other alternative,- Violeta states even-tempered and very serene.

-What, are you crazy? We can go to jail for that reason,- replies Mariela.

-None of that is going to happen. I have an idea that we will put into practice,- Violeta answers.

-What is it?- her sister replied.

Already our sister-in-law, Federica, who works as a nurse at the hospital has a case. ..... There is a young woman who has 3 children and she got pregnant. As she has no money to support another child she wants to abort it and, you know, abortion is illegal. For that reason she suggested that she should not have an abortion and that she could get her a family to raise her child.

-And what happened?- asked a distressed and overwhelmed Mariela.

-Guess? She agreed. But both parties set conditions. Federica will get the couple to pay all the expenses of pregnancy and childbirth. All this has to be done in a private clinic, private, to avoid sanctions. The woman will have a cesarean section and immediately the baby will go to the nursery. She will not be in contact with him. All those involved have to keep the secret,- Violeta tells him very calmly.

-Are you trying to tell me to take the risk without saying anything to Idelfonso?

-Exactly, you have the money for that,- Violeta answers.

-And what if something goes wrong,- Mariela reproaches.

-Nothing bad is going to happen, think of your future baby,- answered the audacious Violeta.

Although she was sweating cold because of the fear ...... Mariela accepts the proposal.

The two sisters left the bakery for their respective homes. A long wait awaited them to see the results.......

Federica was in charge, during those 9 months, of supervising that the mother and the baby were in perfect conditions. Mariela would promptly send her the money for this. The time of delivery was approaching. Federica called Mariela to come to the hospital. She had to be present and receive the baby. The city was 8 hours away by bus.

Mariela had to tell her husband, ....., she did not know how. She was so nervous that she got sick. It was at that moment that Idelfonso found out and of course ....... refused outright. Mariela cried and called her sister:

-Violeta, I can't go to pick up the baby. You have to go. We made a commitment with Federica to adopt and raise the baby.-

-It's all right. I'll see how to apply for a permit at the institute. Calm down. We'll figure it out.-

Violet requests a special 5-day leave from the institute, which is granted. She calls her sister to inform her that she is leaving that same night to attend the birth.

The next day she arrives in the city where Federica receives her with astonishment... she was not aware of what was happening to Mariela.

-I just changed plans. There was a mess with my brother-in-law and Mariela couldn't come.-

But ....-are you aware of what you are telling me, the child is already identified with the legal papers and then you will appear as the mother and at that age ....-who will believe that he is your son," says Federica.

-Let's not complicate things any further. Nothing bad will happen, that child will be a blessing. Let's go on with the plan....- replies the carefree Violeta firmly.

-All right. You have to be at the clinic tomorrow morning at 8 am. After the cesarean section you have to keep an eye on the baby. They identify him and take him to the mother, but as we said, she doesn't want to see him. So I will be in charge until she leaves the clinic. That same day and at the same time I give you the baby and you disappear without a trace.....- replies Federica all disturbed.

-It will be done,- Violeta says confidently.

The next day Federica and Violeta meet at the clinic .... Everything went perfectly. Now it was time to return with the baby. Federica feared that the authorities would be suspicious.... and she, faithful to her religion, said to him:

-I will entrust you to the Virgin Mary, she was also a mother and she understands...... Let me know immediately when you get home-.

-All right. Trust me. I will always keep in touch with you," Violeta answered.

With everything ready, Violeta returned home. Now she had to jump another hurdle, she had to get a postnatal leave to take care of the baby and hire a nanny. Violeta went to her friend, Maribel, who at the time was the company's personnel manager. Maribel was so excited that she gave her the leave without realizing what would happen.

The president of the company, Aroldo Machado, a strict man who was always faithful to the laws, commented to her angrily:

-Mrs. Maribel what you are doing is wrong, we all know that Violeta is not a mother. If the Ministry of Labor Affairs finds out, we could get into legal trouble.-

Maribel could not find the words to refute this truth and commented:

-Yes, I know, that may create a precedent in this company but understand.....no one who works here is going to tell on that fact. Rather, everyone congratulated Violeta for her risky and daring decision at that age....-

-Okay, I trust you to tell Violeta that she can even take her vacation after her postnatal leave. That way she will have more time with the baby.-

Maribel tells Violeta about Mr. Machado's decision and they both celebrate happily that everything went well. The baby is a blessing!