Thank you for visiting my post. Please read this note before proceeding. The content of this story may be disturbing to some. There is nothing gruesome or NSFW, but it deals with a difficult subject. While it is not a true story, it is based on a real event. The details and characters are fictional. I often walked to a clearing in the woods, to a place known as The Spot. There, I never felt alone. Someone had died there, right there in the clearing just off the path, by his own hand. I could never say why I was drawn to that place. Yet I would sometimes walk there and just stand, just breathing, as if to show him how it’s done.

It was my friend Rick who had heard the shot. He’d been walking his dog nearby when it happened. Why he continued walking in the direction of the sound, I will never know. Telling me about it, you would think he was speaking of some movie in which he played a bit part, as if to him it was not fully real.

“I heard that shot,” he told me one day not long after the suicide. “And it was loud. You’ve never heard such a thing. It echoed through the trees and some birds took flight. I was on the trail with Baxter.” As he said this, he looked at his trusty old white lab, then back at me. "And yet the woods must have swallowed the sound after it passed me, because I was the only one who came."

At the time of this conversation, we were sitting on a bench, not far from where it had happened. He smiled a little oddly and continued. “Baxter sat down, then, looking in the direction of the gunshot, whimpering. But I urged him up and we carried on. When we came upon the clearing I saw him, and I knew he was dead.”

It was at this point in the story that Rick laughed. Startled, I looked at him. He stopped, momentarily, but then he was overcome, laughing too hard to say anything else for a moment. I know it seems bizarre and perhaps disrespectful, but truly, Rick was just that way, always amused by life and evidently even its termination. Bothersome things always sat light upon his shoulders, never weighing him down, and he could find the humor in anything.

For a moment, I imagined my husband Jonathan’s reaction, if it had happened to him. If he was the one to hear the shot, to find the body. It would be like a badge of courage, like it was some sort of honor to have been the one. He would have told the story to all his friends over beers, trying to draw a crowd.

I asked Rick, “Well what did you do when you found the man?” I tried to imagine myself in that scenario, walking up to a body so freshly dead that his blood would still be warm. Perhaps the dead man was still feeling something, the life not yet having fully left his body. What would I have done? Would I have screamed? Run up the hill to that house with the broken shutters to get help? Knelt by the body to feel for a pulse? But what if it was... gross? I looked at Rick.

“I took out my cell phone and called my wife,” he said, sniffing from his laughter. A fly came along, landing on his ear, tickling it, and he laughed again.

“Interesting,” I said. It certainly wouldn’t have been the first thing on my mind, to call my husband. Jonathan would have been startled and out of sorts. He wouldn’t have known what to do at all. I could hear him asking, “A what?” And then, “Why?” As if there was any answer to that. “So,” I said to Rick, “did she freak out? Or…?”

“Oh Lord no. Nope, she was all cool and collected. First she told me I was probably in shock and to sit down somewhere. Maybe I still am. I don’t know. You can’t get your mind around something like that, you know? Then she said she would call 911. She would do that for me and provide the location. She knew the spot, of course. We walk Baxter there together all the time.”

I shook my head, just imagining. I pictured walking near that clearing, hearing that gunshot.

“I’d tell you the rest, but believe me, you don’t want to hear it,” he said. “How the paramedics came. And then the family. A mother and daughter. They had gone to the store for some things for dinner. That’s when he did it. I won’t tell you any more about that. I’ve said enough already.”

“Thanks,” I said. I was pretty sure I had heard enough too, and that I would have some sleepless nights. And I wasn’t even the one to have experienced what he did. It occurred to me that some part of me wanted to claim Rick’s experience. As if the gravity of it was too much for one person, or I somehow needed to possess some part of that bizarre experience as my own. “And you’re okay and all?”

He nodded. “Sure. Of course. I don’t know. Not always, honestly. But... maybe it makes you appreciate your life a little more.”

It was not long after that conversation that I began visiting the spot. The first time I was barely breathing. My heart raced and I stared at the center of the clearing where I knew the man had fallen, and I felt such terror and grief, as if it was all happening right then, right in front of me. I turned and quickly walked away, vowing never to do that again.

But then I returned, just a few days later. The walking paths were not far from my house. I could take a small paved trail along the school fence and past the back of the grounds-keeping shed where the kids would hang out sometimes and smoke, and then beyond to the trail into the woods. I found my feet carrying me there, as if they were a more powerful force than my brain. “Fine,” I said, as I entered the wooded area. “Just one more time.”

It was completely different on that visit. Instead of terror, I felt a kind of disbelief. It seemed that it couldn’t have happened. Why would a person come to this green and beautiful place just to take out a gun and omit his sensibilities from this world? As I stared at the clearing, I actually asked out loud, “Why?”

I had thought of asking Jonathan to come with me. I could tell him the whole story, just as Rick had told me. Maybe it would interest him on some intellectual level, which is about all I could hope for. I could try talking to him about it and perhaps cleanse this whole thing from my consciousness. But no, I knew I couldn’t. Somewhere along the way, there had been a fork in the road when Jonathan had veered right and I left, and we could never seem to converge after that.

So instead, I went on my own again. And then again.

On one of these occasions, I finally felt brave enough to step off the path. Until then, I had just stayed on the trail, looking at the clearing, not going near it. This time I walked over and knelt down. Then I sat. Finally, I just went ahead and lay down, right there on that spot. I looked up into the canopy of trees, where some squirrels chased, and I saw a cloud of gnats swirling in the sunlight that sifted through the leaves.

“I’m sorry,” I said into the air, and my words seemed to take flight like a freed bird. Like a spirit lifting away from body and flesh. And then I knew. It was time for change, and I chose life. I would find myself. I would seek out true love. I would become.

Thanks very much for reading my story. 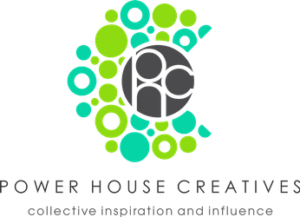 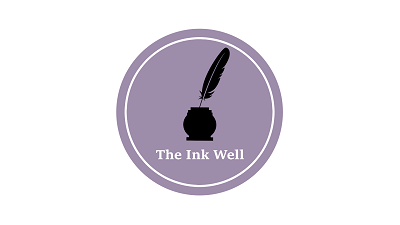