Bound for the Afterlife. Prompt #65

Bound for the Afterlife 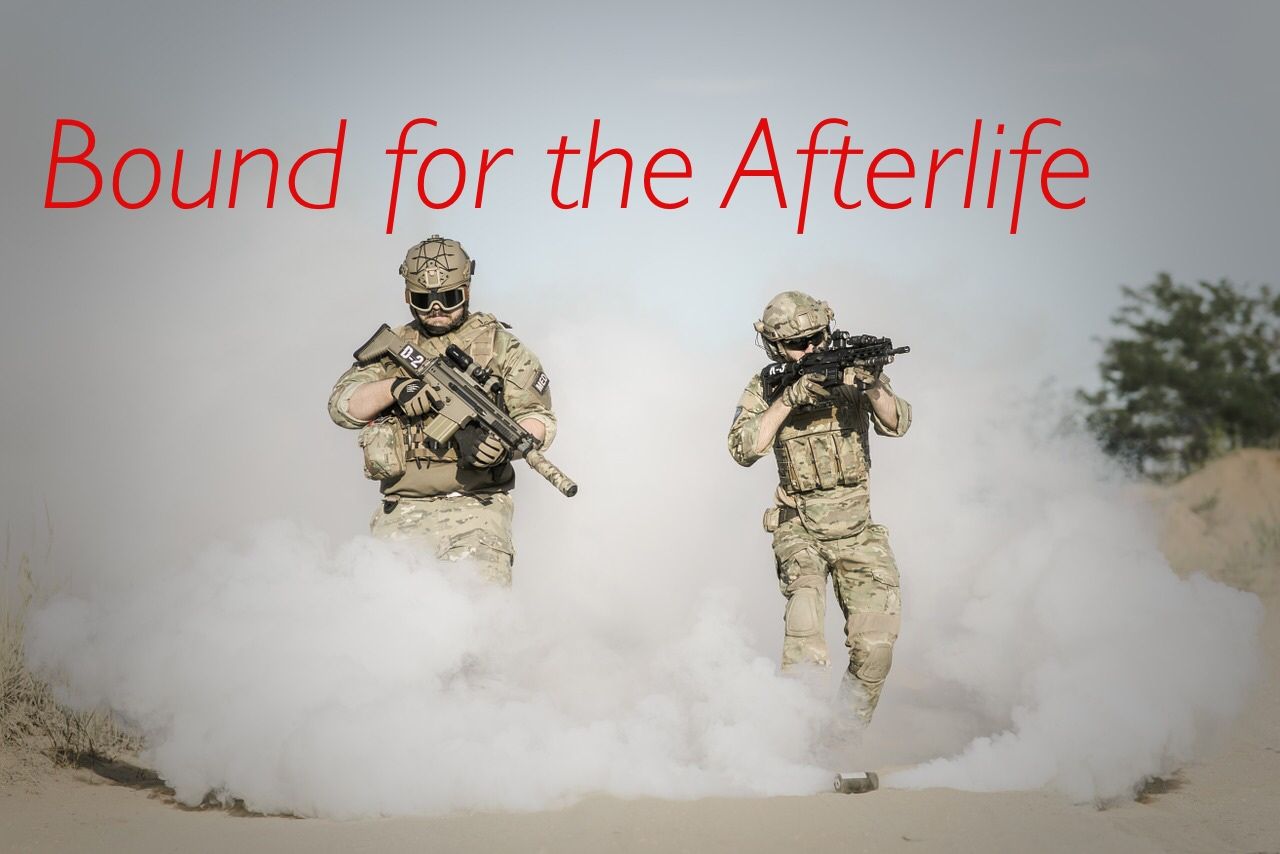 “There is no need to kick, Sergio, he’s already been claimed for the afterlife.” He watched as Sergio lit a much sought after cigarette and forced himself not to ask for a drag.

God, a cigarette would be bliss.

But he prided himself on not being among the marauders; those armed with “shopping lists” going through the enemies’ homes and businesses on a mission to grab anything of value.

He looked down at the body; a boy of about twelve, maybe a little older with stubble just forming on his chin. A child of war, disposable, expendable; not really a life.

But his teeth chattered and he wanted to pee; he felt his bowels loosen.

“Oh, go ahead Andre, wet him, he could do with a little water.” The big man laughed; his humor resounding across the singed vista like an echo from reality.

Reality was no longer something recognizable, it was only a distant memory of feelings like empathy, sympathy and understanding.

Sergio whipped out a piece of sweat-stained paper and began reeling off a list of requirements.

“Andre, we need to look for Nike, I mean any Nikes, you understand, they’ll fetch a price. Damn, man, are you listening to me? We’ve also had communication about food - find it, destroy it or take it with you. The choice is yours, just don’t leave anything behind for “them”. We have a sacred mission: DEFEND THE MOTHERLAND.

But then, in his peripheral vision he saw the boy’s eyelids flutter.

“Sergio, why don’t you follow me? I’ve seen a store down the road, filled to the brim with designer goods. Come on man, what are you waiting for?”

Sergio eyed him speculatively, then he decided to move.

Sergio flung his automatic over his shoulder and waited for directions. Andre led the way.

The child had raised himself to his feet; he would make it to cover before Sergio could fire off a round.

Fortune smiled, bashful and beautiful! Andre saw the boy round a corner, out of harms way.

But Sergio had seen it, too. Andre saw comprehension dawn.

“Bastard, traitor.” Andre heard the words before he felt the vibration in the air; the bullet whirred, eerily.

His ears exploded with a crack as the bullet hit him.