A Space in Time 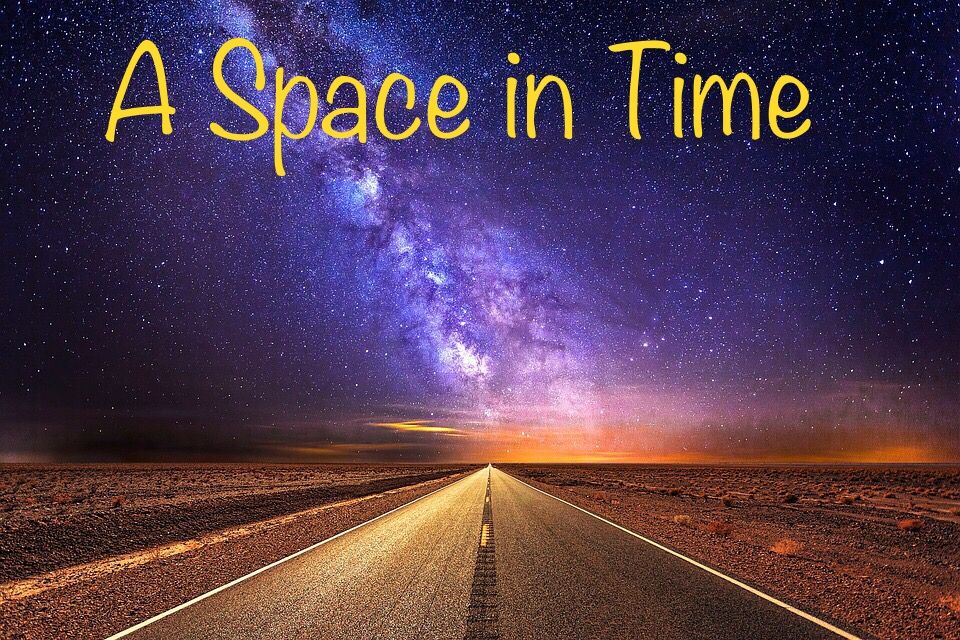 A Space in Time

The first time I felt the split in time and fell into the back hole, I counted to a hundred and held my breath, that’s all I could think to do, isn’t that weird? You’d think that I would’ve considered life, the universe, and everything like you’re supposed to do if you’ve ever read the book, but I can’t say that I did, I simply ticked over and thought of nothing.

There was a lot of nothing, I mean blackness, the void, the unacknowledged.

Quite obviously it was a life-altering moment, but I wasn’t aware of its significance at the time, I’m pretty stupid like that, you know?

Anyway, I flew through time, I wasn’t the first, I’m certainly not going to be the last, but I did it, Yay for me!

What did I learn?
What did I accomplish?
Where did I go?
And who the hell am I?

None of the above mattered or will ever matter, but I’ll tell you this, we’re a poor tribe now, compared to our forefathers, oh yes, I know...life was so much more, it was so much better...blah, blah, blah.

The science behind time travel is new, I’m an experiment as much as my experiment is a test. I understand that, and I signed all the documentation; put my mark, for what it’s worth, on all their convoluted papers (yes, paper, have you heard of it?). But when it came down to it, and it was just me against the elements of time, I felt the jolt, don’t get me wrong, I felt jittered, electrified, so to speak, but not unusually spiked (if that’s a description at all?)

Jolt, you say, what? But, that’s what it felt like, so who am I to make up fine words when a few ordinary ones will do? Who, indeed?

Yes, well, after “the nothing” there was something, and it was sublimely extraordinary. I spiraled through decades, millennia; scooted like a bolt of electrons across the universe (uninspiring as it was) back to earth, the year 2035, wow! Not bad for a man deprived of chemical simulants for a year before departure. Good, I’d say, damn good!

No drugs necessary; my wonder, boundless. I wish I could draw then I could share the glory (a reel just doesn’t do it justice,I know that a painting would be better), but alas, I’m useless, despite my ambition. I shot through space and landed on a farm; green, really, really green with tall trees dotted about. Man, those trees were something else; literally splayed with tiny iridescent sparkly things (I know what they are, of course, but I’ve never seen blossoms in real life). And, and, OMG the damn scent, well I reckon you could bottle it and sell it for anything you pleased. Absolute perfume, I’ve never experienced anything like it before (but, you never know, my travels are but young)

Nevertheless, despite the fact that I’ve visited a single dot in the universe, I have to say more. Look, I’m not going to wax on lyrically (as if I could), but I must tell you about their strata, we all know that they lived under an open sky, but, anyway, the reality is something else; quite stunning- amazingly blue, and the contrast is stupefyingly gorgeous; like verdant green against a background of azure, imagine that and blink (I know you want to). Well, then, while I stood in this open, sort of clean space (don’t ask), a gentle drop of water fell on my nose (from their strata), it fell from a fluffy white puff (an actual cloud), and tasted like utopia, I swear. Haha, I know you’re licking your lips right now, and I don’t blame you, it was that arrestingly unusual.

It’s all so very worthy of a report, Jeez, I’m supposed to record everything on my Granite, but I’m awestruck, and I forget to hit the button. We've all been there before, haven’t we?

Oh, dear, I wish you were here(I know, classic pickup line, but it’s true). Honestly, I arrived just before the glaciers melted, you know Iceland, the polar cap? Pity for us because the birdsong and flowers were really lovely before the flood. Then all the good stuff was washed away, gone in a flash...just like that, but I didn’t wait around for the tsunami, (anyone who's read Nostradamus knows better, don’t they?). I simply giddy-upped the capsule and set the coordinates for the Middle Ages; same planet, but less strife (anyway, that’s what I’ve heard)

From which it is quoted

life, the universe, and everything like you’re supposed to do if you’ve ever read the book,