The inkwell prompt #56| Small but Mighty 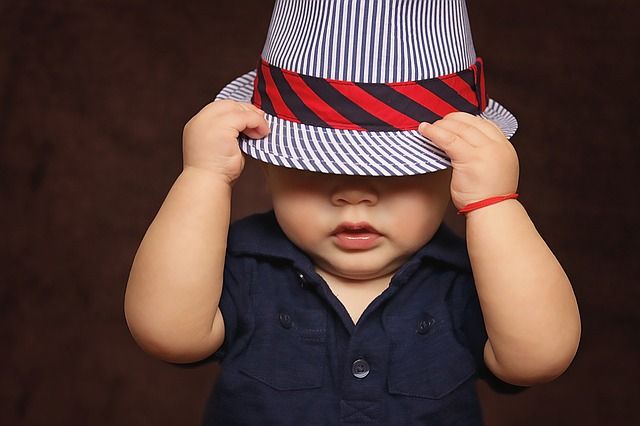 David Schwimmer, the most popular guy in the school, he didn't start up as a popular guy, he was the most unlikely to become popular as stated by the 2014 school review magazine.
His rise to fame only began after joining the football team in January 2014, but despite his presence in the football team at the initial time,he was still not given any playtime, he would train with the team, take part in all the drills, but still, he got no playtime.
But it was to be expected, because David in appearance looked like someone who could be flicked away with ease, and the coach was simply not ready to risk everything by putting him on; so he kept him on the bench without any playtime.
But David didn't give up that easily, despite his inability to play for his team he was not ready to give up, he put in extra time to his work.

"Hey coach can I get some playtime, " David asked

"Ha..ha..ha" the coach laughed in a villainous way, his head spring backward, his hands on his hips, and his shoulders popping up and down as he laughed. "Some playtime you say? see that won't be possible lad, because you are not the right size, you could instantly get hurt and lose the rest of your height" he said giggling as he spoke
"why don't you be a good boy and get me a bottle of water," he said, finally signaling David to move along. And David left but his pride was still intact, for he was not ready to bow to defeat.

Matchday came and David as usual was on the bench while the rest of the team were out there making history. But that day was quite different as the atmosphere stunk with failure, the intensity of the game was felt by everyone who came to watch, for the first time his Coach's team was losing and everyone was watching.
The tension had a tighter grip on the coach as he was fluttered with confusion to the point he started biting his fingernails.
David who was still sitting on the bench observed it but remained calm and didn't utter a word.

The first half was over, now the second half had begun, David walk up to the coach and said to him "sir you need me " but the coach only look at him with disdain and refocused on his finger biting.
Moments later Ashley coaches best striker was taken down by a serious offensive tackle from the opposition, rendering him unable to play but at the same time giving them a freekick in a favorable position.

Coach fell into a frenzy, for a while he was lost in thought not knowing what to do next.
"Sir, you need me !" David said this time with a fiery heart, "sir you need me, you can't just keep me on the bench just because you think I'm not the right size for your team!!. So what if I'm not the right size ??, I've got the skills to match !!, I'm not afraid to step out there and show the world what I can do, I might be small but I'm mighty, all I need is for you to have a little faith in me, sir.
Now, sir, the big question here is are you going to keep being afraid and biting those nails off or are you going to put me out there so I can cause some real damage?!. After all, we don't have much to lose seeing as we are down by three points to nothing."

"Fine!, get in there kid, and show them ... Show me what you can really do." The coach replied with a sense of control this time, placing his hand on David's shoulder while pointing in the direction of the field.
"Yes sir!!" David said as he ran towards the throw line, the coach signaled and the substitution was made, Ashley for David.

David walked on the pitch, in front of thousands of people for the first time. The feeling was overwhelming but his focus had to be in check so he took a deep breath holding it for about three seconds with his eyes closed as the sound of the audience's cheers and boos echoed in his ear.
This was his time to shine and nothing was going to stop him. He released the air slowly while opening his eyes at the same time.

"Hey, look it's tiny temper !!, What'you gonna do??, Look up to us?", A-train from the rival team said as he tried to diminish David's confidence, mocking him as he spoke.

"Lemme make this brief, we've set the bars so high you can't reach, even if you grew twice as tall.
Oh!!, Ring, ring, guess who??. It's the drama club, they said they want their dwarf back!!."

The whole team took a big laugh, but what mattered to David wasn't the talks, it wasn't the cheers or the boos, it was his moment to shine and he was ready for every bit of it.

And so it began sixty-five minutes into the second half, David was running around like a confused mouse, tripping at every contact with the ball, and falling face flat, things weren't going great until the opposition took a quick pass and gained another goal against them.
David looked at his coach who was now sitting on the bench still biting his nails. He then called the attention of his teammates, and begged them to entrust him with the ball,

"Coach put me here for a reason but It can't work if we don't work together," David said while the team were huddled up

"Fine, let's see what you can do Dave", Bob, the team's captain said and the team returned to action.

The time was now seventy-five minutes into the second half, David was still running about like a confused mouse, until, he found it, an opening. He dashed like the wind, steadily, and light on his feet, signaling for the ball as he ran at the speed of light, straight through the opposition defense. And with all the strength he could summon, he kicked the ball so that it went flying as if it was about to exit but then with an accurate and magnificent curve, it ended in the post as a goal.
The crowd went wild this time cheering for the team.

Seventy-nine minutes into the second half, the team had a corner kick advantage, where David somehow steadily and quietly laid low undetected by the opponent, so that when the corner kick was taken he emerge from nowhere with a powerful header, and straight into the post it went.
And just like that, he scored the second and third goal leaving the team now one goal down.

The crowd went crazy with praises and cheers, everyone now chanting, David !, David !!, David!!. The opposition could now detect the threat, all eyes were now fixed on David, the small but mighty.

Three minutes to the end of the match, the opposition defense became as hard as a nail, with no single point for penetration but that didn't matter to David who was now fired up, he charged at the defense with everything he had, running and jumping, dribbling and dodging while still maintaining perfect footwork. And just like that, he found an opening, with the crowd cheering loudly in amazement, his coach now standing in utter dismay and a cringe look in his face but desperately praying for a goal.
David could see it now, his name, written in gold.
And with strength and agility, he launched a powerful and final shot directly at the post...

And ever since then, the name David Schwimmer has never been forgotten, not by coach, the audience, or even the school, a perfect rise to fame.