A PLACE FOR CHANGE 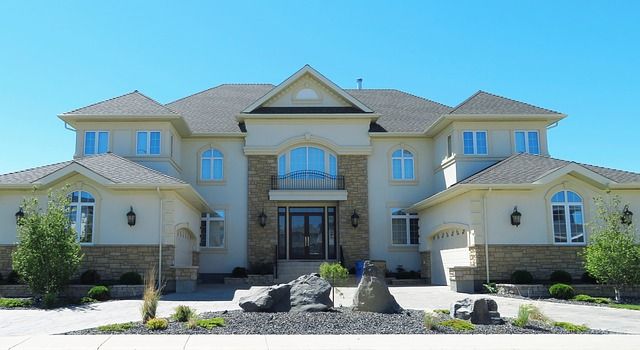 Santos was worried he might be in trouble and as he drove his truck down the paved road that led to the Philips mansion, he thought of all the stress he'd gone through for that day and prayed it didn't get worse.
This was a late pickup and the widow Mrs Philips had a reputation for being unreasonable sometimes.

Santos eventually got to the gate and the security waved him in. Luckily they hadn't noticed the trash yet, so he quickly parked at a reasonable distance from the main building to avoid being noticed. This was his second time picking trash here but his colleagues had warned him to be especially careful of Mrs Phillips.
He was moving the trash to the truck when he heard a thud and a soft cry. Pausing for a few seconds to be sure, he heard the cry again.

The building was still faraway from where he was parked and he almost ignored it knowing Mrs Philips reputation for being outright nasty sometimes, a reputation that had gotten some of his colleagues fired in the past.
The person had sounded hurt and in pain and he couldn't leave without being sure so he headed towards the point where the sound was coming from.

A quick scan of the area and he saw a boy no more than seven or eight years old lying unconscious on the ground. He immediately ran towards the boy and quickly checked his body to be sure nothing was broken before lifting him up. Santos was about to call out for help when he heard a female voice scream behind him.

What have you done to my son? she shouted

He turned to find a young woman staring daggers at him and he knew the situation was fast getting out of hand by the second. Many people whom he assumed were staff were already rushing out of the building to check what was happening.
The woman ran towards him as she grabbed her son from his hand. The shock of her scream had almost made him forget he was carrying an unconscious boy.

Ma'am I didn't do anything to your son, I found him unconscious just a few seconds ago he replied her as calmly as he hoped would portray his innocence.

**Yes I bet you did, and what were you doing here in the first place? Trying to steal from us right ** she shouted
Santos was about to reply when he saw the unconscious boys face was fast loosing color. He immediately turned to the people gathered

Someone please call for an ambulance, the boy should be the priority right now he said.

Luckily they weren't looking at him as angry as the woman Mrs Phillips was and someone immediately called for an ambulance. In a few minutes the ambulance had arrived and the boy was moved, what Santos wasn't expecting was the arrival of the Police.

Two police officers arrived at the scene and after much interrogation, it was obvious they weren't satisfied with his explanation of finding the boy by coincidence since he parked his truck far from the building and didn't call for help immediately he found the boy. It also didn't help that Mrs Philips was accusing him of trying to steal, her narrative implied that Santos wanted to steal something when her boy noticed him and he'd instead knocked him unconscious. After much back and forth, it looked like only the boy could prove Santos innocence.

The officers had to take him to the police station pending when they could conclude their investigations. After a few hours there, information from the hospital came back and Santos was glad to hear the boy would be okay but unfortunately he wasn't awake yet which meant Santos would be spending the night in jail.

It was one of his longest nights and he couldn't sleep as he was constantly worried and praying that nothing happened to the boy.
Eventually morning came and he was surprised to find Mrs Phillips and her son there. Apparently the boy wanted to meet the man who had saved him, Santos was released after the boy narrated how he had fallen when he was playing.

My name is Sam the boy replied

Hi Sam, mine is Santos. I hope you're feeling better now Santos asked

Yes sir, I feel much better and I wanted to thank you for saving me said Sam

Mrs Phillips looked like she was about to swallow a bone

Err, My son says thank you for saving him. Your company already moved your truck yesterday so I'll be seeing you soon

But mum that isn't what ..... Sam tried to protest but his mum apparently had reached her limit of TOLERANCE

We'll be leaving now Mr Santos Mrs Phillips said as she practically dragged her son out of the police station.

Santos didn't care whether she properly apologized or not, he was glad the whole matter had been resolved. It was a smiling Santos who stepped out as he saw some of his colleagues who had been worried and came to check up on him.

A week later Santos had almost forgotten about the incident and was at home preparing to go get breakfast at a restaurant nearby when he heard a knock on the door. Surprised someone would be visiting that early in the morning, he opened the door to find Mrs Phillips standing.

Good morning Mr Santos, sorry to disturb you very early in the morning

Oh it's no problem at all

** Actually I came here to apologize for my behavior the last time. I realized I was wrong to accuse you of stealing and it shouldn't take my son to get me to apologize. I was too proud to apologize so I'm here to beg you to forgive my actions**

Errr actually ma it's fine. I can understand how it must've looked from your point of view. Apology accepted ma

Thank you very much Mr Santos. Whenever you come around please feel at home

Alright ma I appreciate the gesture, I'll do just that

Goodbye Mr Santos, I'll be on my way

Goodbye ma, my regards to your son

Santos closed the door wondering if he must've been dreaming. The mighty Mrs Phillips had just come to his house to apologise. It seems there was a place for change for everyone in the world he thought