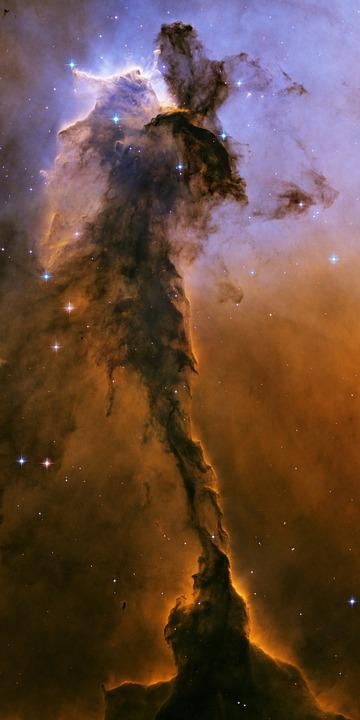 Angelo did not cry at birth, nor during his first weeks of life. He was the fourth child of what could be conceived as a normal family. His siblings cried for any circumstance, as all children do, Angelo did not. It was thus that he prematurely began to gain a reputation as a very good baby.

With the beginning of his babbling, his parents understood that his silence before the world was not because he was mute or deaf. He was a relaxed and smiling baby who learned, ate and slept peacefully and never complained.

At his four month consultation the proud parents made the comment to the pediatrician.

"He has never cried! It seems he has never felt any pain or discomfort."

The doctor stopped the motion of measuring the newborn's skull circumference. He looked at the parents alternately and blurted out the phrase heard earlier, this time in the form of a question.

"He has never cried? He never seems to have felt any pain or discomfort?"

"He has never cried." Assured the parents in unison.

The specialist asked the parents to leave the office for a moment. When the parents returned, they noted with concern an unusually serious expression in the pediatrician's mannerisms.

"What I am about to inform you will change Angelo's biography and that of the entire family. He suffers from a genetic condition that prevents him from feeling pain in his body. From now on you will have to educate him in such a way that he understands that physical pain, which he does not feel, nor will ever feel, exists. It is an extremely dangerous condition."

From that conversation onwards, the baby who never gave his parents any cause for concern became a constant preoccupation. The first teeth, his nails, his first steps, the relationship with other children, all the movements and objects that are part of the life experience of any child, were for Angelo a latent and serious threat.

In spite of this, the child grew up healthy in body and mind. He became an exemplary son, incapable of disobeying his parents' rules (such as not biting his own tongue or avoiding any blows). He then grew into a beautiful young man who radiated an impression of tranquility and joy for life.

Lacking the important alarm mechanism of pain, he had developed a clear awareness of his body, along with a constant alertness and acceptance for the vulnerability of his life. Accustomed to following directions to the letter, Angelo became a successful man.

When love came into his life he was in a position to support a family. Mercedes was for him like a perfect reflection. Accustomed to being cared for, he found in his wife, delicate and loving, a beautiful motif in which to invest his own need to protect and sustain others, just as he himself had been sustained and protected. They had four sons, none of whom inherited his genetic condition.

Angelo ceased to be aware of his own body in awe of the joy of life he saw unfolding before him, in the sight of his children. The disease that would take him from this world was revealed to him when it was too late to do anything.

When the time came, the man said goodbye to his family, thanking them for the sensitive life that had made him a good person. He was 33 years old. Mercedes remained by his side. Her husband's short illness was enough to prove to herself her ability to protect her family alone. Angelo, who knew her well, sensed that something was disturbing her.

"Don't be sad, I'll go straight to heaven, give me the ultimate gift of your smile!"

Mercedes smiled at him.

"I will give you more than a smile. I'll give you some news: I suspect I have in my womb our daughter."

Angelo pressed his wife's hand with unsuspected strength. A tear overcame his decision to leave in peace.

"I will never abandoned you. My body will no longer be an inconvenience."

He said with such conviction that Mercedes knew he would keep his promise.

A few days after the burial Mercedes began to say that she felt his presence. An unusual air moved the curtains. A strange yet familiar smell, like that of scented wood, filled the corners in the children's rooms.

She began to have dreams in which Angelo appeared, helping the children with their homework, carrying a little girl he called Elisa... They were strange dreams from which Mercedes awoke with the certainty that her husband was still at home.

After a few months, Angelo's dreams at home changed to more sporadic dreams where the deceased announced upcoming events. Someone would come to pay an old debt. One of his children would catch a cold... a relative would arrive with an antique doll as a gift for Elisa... events that always came true.

Mercedes kept the last photograph of her husband on a table with lilies, next to her bed. When she woke up, it was the first thing she saw. One early morning, she felt the sweet smell of the lilies mingled with the scent of perfumed wood. She immediately became aware and knew that what she had asked for so much was happening. With an inexplicable mixture of emotions boiling in her chest, she said, without opening her eyes.

"Yes, don't be afraid. Open your eyes." It was the voice she knew so well.

Mercedes opened her eyes and looked at him standing before her bed. It was his figure, his posture, a translucent body like a hologram, surrounded by a silvery luminescence.

"How is this possible?"

Mercedes' voice was a swooning resonance escaping from her chest.

"To be with you I have broken the most sacred rules and defied the heavens. To let you know that I will always be with you, until the end of time. I have escaped. No one suspects up there that you can do this. I am strangely strong now. I have found a way."

"Has it always been you making my dreams?"

"It has always been me. I am with you and with my children, even though it is not allowed. I also take care of many other people! "

Mercedes understood that she was in the presence of an angel.

"Will I ever look at you again?"

"As many times as I can dimple the divisions between this world and the other. I have done it before. This time I have gathered the strength for you to see me. I must go."

Angelo faded away. Mercedes lay on her pillows for a while. She wondered if she had had a vivid dream, if her mind had succumbed to years of emotional pressure, to the uncontrollable desire to bring her husband back to life.

Looking in the mirror she wondered if she should discuss this encounter with someone. In the count of her trusted people she found no one who could understand, completely, what was happening to her.

How to explain that she had proof that people who have always been good become angels. That someone like her, so insignificant, so conforming to everything, would find herself in the role of being loved by one of those extraordinary beings, to the point of escaping from heaven, contravening eternal norms, risking who knows what immeasurable punishment, challenging the infinite dangers of trespassing the most sacred limits, just for her to see it.

Mercedes died at a very advanced age. Bordering the times when people do not care about the judgment of others, she told me this story that I now summarize.

The last time I saw Mercedes I found her glowing. She said with her big old lady's smile that Angelo was by her side, that he had told her that the time was near when he would return, with her, to heaven. 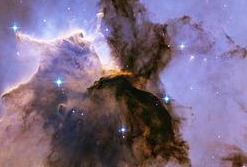