Photo by Ondosan Sinaga from Pexels 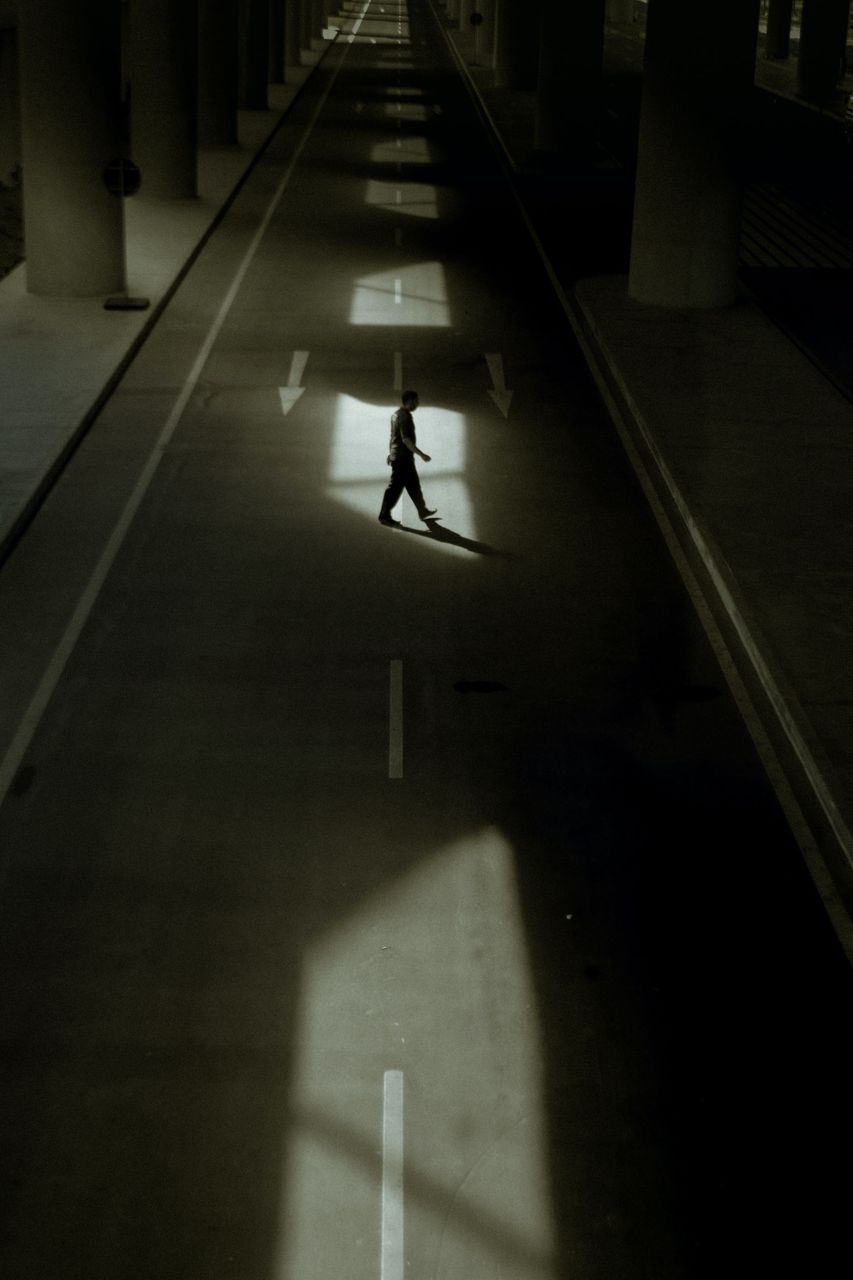 Major Dubois noted his proteges' development in line with their personalities. Captain Hamilton was still sunny and open and thus made the perfect small-town captain, and quiet, relentless Captain Lee fit well into the city, with all its dark sides.

One week, the media in Big Loft accorded Captain Lee a new nickname.

“The Shadow Killer – that makes grim harmony as a nickname with the Angel of Death,” Major Dubois commented to Captain Lee about it when they talked.

“The media and their sensationalism,” he said, “but on this occasion, understandable.”

“You taught me well, my friend, in how to convert Special Forces thinking to good Judge Advocate General thinking as an investigator – scenes of investigation are also made sites of victory by the mastery of details to a greater degree than one's opponent.

“In this case, we had a five-year series of violent home invasion robberies in broad daylight, seemingly sporadic in outbreak, and in which no descriptions were ever obtained even though they took place in neighborhoods that have cameras and the like. Hence the popular name of the case: the Shadow Men Robberies.

“The case turned on a most unfortunate meeting of shade tree-heavy city planning and exterior design in a particular Big Loft district. Five years ago, the first homeowner put up a residential front-window form of the facade glass used on one of Big Loft's newer skyscrapers, and that triggered the fad across the district.

“We found that in neighborhoods in which the shade tree height was an average of 20 feet or more, there came times of full daylight in which the shade from the trees on one side and the reflection on those facade windows of cars passing and trees waving in the wind from the other side made distinguishing men in dark clothing coming and going next to impossible.”

“At the nearest corner, a black car in the shade, waiting, I imagine,” Major Dubois said.

“Close – a fake delivery truck, in the deep shade of a corner with two trees,” Captain Lee said. “However, a sharp-eyed neighbor had noticed the license plate number was similar to that of a truck seen in the neighborhood before just a few weeks earlier, and further investigation showed that it was an exact match.

“The victims were very clear on another telling item: the robbers had known exactly what they wanted to grab, and exactly who they wanted to hurt in each house. Each victim cast aspersion on whatever neighbor they thought was jealous of what they had just acquired in the previous several months. This information further narrowed down the targeting of the victims and the triggering and timing of the attacks.

“We then located the next likely victim – a woman, the last of her block to get the facade panel windows and so be surrounded by deep shade and high reflection, three houses from the corner and loud about how her cheap husband wouldn't do it for her but now that he was away on a business trip, she got what she deserved!”

“By the grace of God, she was spared getting what she deserved!”

“Oh, you could not have told her that just yet and had her believe you,” Captain Lee said, “for the first thing she did when we explained our plan to her was to call a friend and say, 'Well, you see what happens when you get your home's appearance right – the police department has sent over the spitting image of Robert E. Lee to be bodyguard for me and my house! Wait until Mr. Skinflint hears about it – that'll get him straight on pampering me properly!' ”

Major Dubois put his head in his hands so as not to see the spitting image of Robert E. Lee at age 46 turn bright red from the embarrassment of repeating that part of the story.

“I admonished her,” Captain Lee said after a moment, “to keep that quiet for fear of blowing our cover. I rejoice to say that neither her need to boast nor my patience were offended for long, for she already had told the criminals her husband was out of town! We were merely 10 minutes ahead of them, and I had scarcely persuaded her to get off the phone before Lieutenant Lightfoot informed me that the fake delivery truck was parking at the corner.

“I shudder to think what might have happened to the intended victim had we not arrived in time. Blue-collar work is eminently honorable, and many enlisted veterans turn to it after their years of service. Not all men develop good character in the military, so, if such veterans of bad character find themselves in a situation in which the new rich treat them like slaves, some will revert to their old battlefield skills to attack those they perceive as their new enemies and take the spoils of war.”

“The window installers,” Major Dubois said. “That was why the neighbor recognized the license plate of the truck. They knew what was in every house, and nobody not an elite soldier would have been able to cope with their level of skill and violence. The irony, therefore, of them running into you, an elite Special Forces officer before your years in JAG. What was it – two on one?”

“Four on two, with a fifth man in the truck,” Captain Lee said. “We were not set up yet, so I sent Lieutenant Longstreet with the lady of the house out the back door with Lieutenant Carter as their rearguard, and Lieutenant Jackson to reinforce Lieutenant Lightfoot. That left Lieutenant Anderson and I to cope with the Shadow Men busting through that front door, heavily armed. They knew exactly what and who they came to get, and two men peeled off getting those items while the other two began searching the house for the intended victim.

“Certain things are soldier knowledge, such as knowing that at the instant we took out the first two men, the other two men would hear them hit the floor and turn around with guns blazing -- so, strike and move back. Lt. Anderson is not a soldier, but followed my lead perfectly.

“All that money spent on windows in a house with such thin walls – our remaining opponents made Swiss cheese of the walls between us and them as they walked up to enter the room we had been in.

“The man with the truck decided he was going to reinforce his partners in crime, only to have Lieutenants Lightfoot and Jackson shoot out his tires. So he careened into the front of the house and took out the rest of the door and the windows. Their partners turned and looked, and Lieutenant Anderson and I lined up our kill shots on them then.

“That last man in the truck had the sense to duck and hit the gas pedal at the same time – the front wheels were working, and the truck lurched into the house, turning the remains of the doors and windows into a hail of shrapnel. Lt. Anderson and I scarcely got the door to the kitchen closed fast enough to avoid being hit by all of that. Next instant, the door and those walls were turned into Swiss cheese as he came out shooting – bullets bouncing hot around the kitchen as Lt. Anderson and I withdrew to our next point.

“Lt. Anderson is 25, five or six inches above six feet. He can slam a door so hard in your face that the air will knock you back – so, he slammed that back door just as I shot out the stove's gas line through an open window. That slam directed the blast to greet the fifth man as he busted the door down to the kitchen, and bought us that extra half second to get down before that whole house went up. Lt. Carter met us then, and radioed the other lieutenants that we were safe.”

“Well done, Captain,” Major Dubois said. “The Shadow Men shall rob no more -- and thus you are the Shadow Killer.”

Captain Lee considered that and sighed.

"Another fanciful nickname," he said, "but I do tend to thoroughly earn them."