Image by Michael Schwarzenberger from Pixabay 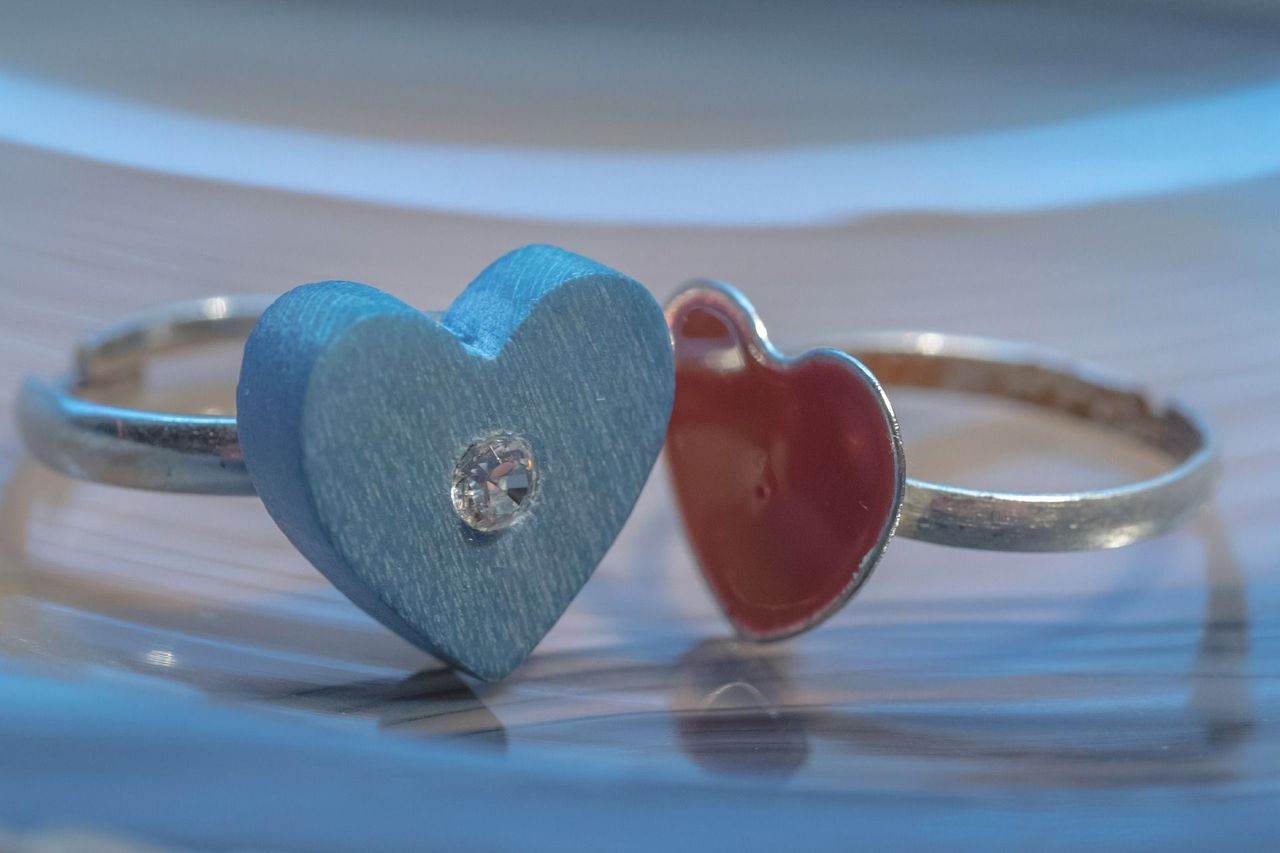 I chose Tickler 14, swapping out Josephine and Michael at 12 years old for Louisa and Vertran at (just about) 9!

“So, you remember that day when we were in the back of the car and when we were sure my mom and your grandparents were going to kill us before we talked them into letting your Uncle Jean-Paul help us find our ancestors' Ship to Tomorrow at Tilly Mound?”

“Yes, Vertran, I do, but first, how do you get all those words out of your mouth in one breath?”

“Practice, Louisa. There are a lot of Stepforth grandkids, and if you need to be heard, you gotta get it on out.”

It was a rainy spring day, and Louisa and Vertran were on the phone instead of running around outside.

“Anyway, Louisa, I told you then and I wrote it down: I said to you that just because I'm not old enough to marry you doesn't mean I wouldn't have if we had lived long enough.”

“You wrote that down?”

“Yeah. Marriage proposals are kinda important. When Grandpa remarried Grandma, he put the date in his calendar, but you gotta get there first.”

“Yeah, it's some kind of big process you have to go through.”

“Right, so I was thinking I need to talk with your parents, because I'd like to get started.”

“Yeah … see, Dad says that now is the time that people need to get serious about their relationships and the people that they love and all, and you're my best friend, so, I'd like to marry you.”

“Did your dad tell you it was that serious?”

“No. He was talking to some of our relatives. The Stepforth family can be a little crazy sometimes, but you know Dad. Major Dad does not do crazy.”

“Yeah, your family is a lot like mine, without the Black French Louisiana sound and food – but I like Virginian food. Fried peaches are delicious!”

“I'm learning! They won't let me near the stove, though! Grand-Merè said that it's because the gumbo pot is still almost as tall as I am, but I could get on a stepladder or something!”

“Yeah, but, Louisa, you could trip and fall in head first, and with all that hair you have, that would spoil the gumbo.”

“Yeah, well, all right, I hadn't thought about it that way … hair in the stew … ewwwwwww!”

“I guess if you boiled it long enough – I was talking to your Grand-Perè the other day and he told me how to make bone broth … so maybe hair could be simmered down or something.”

“Never thought about that, Vertran – the barber shops and beauty salons could open up restaurants!”

“I don't know, Louisa. Bad things happen when people try to cook and don't really know how. Dad said that when he was stationed out in California there was a place called Doo City where some barbers and beauticians tried, but, it failed.”

“Somebody got the hair dye mixed up with the barbecue sauce.”

“Everybody doesn't know how to cook, Louisa. I mean, you ever notice that apple juice and Pine Sol are the same color, and so are Fabuloso and grape juice?”

“Wow, Vertran. Probably the only thing saving the world from really bad dinners daily is that adults are taller than we are. The cleaning supplies and the sauces don't go in the same place for tall people.”

“Mom says God is good all the time – that's a blessing that people do get tall!”

“See, Louisa, you understand. By the time they let you go to the stove, I'll have a good job, or my Threespeak channel over on Hive will have blown up as big as my YouTube channel.”

“I really like your videos with your mom and dad, Vertran. I wish I could have watched your videos on How to Succeed in First Grade when I was in first grade.”

“Yeah, I guess there are a lot of first graders out there that want to know, because I got two million views on all that, and the second grade videos are getting big too. I think we did enough school so that I've got third grade figured out too.”

(In reality, more and more adults were watching Vertran Stepforth for a great laugh as well as learning what school looked and felt like for little kids – and, he was safe for the whole family to watch after the adults had gotten rolling on the floor from laughing over and done with.)

“Yeah, that's good – you know you can do a kindergarten series too, because they need the help.”

“Good idea. Louisa. I'm going to write that down.”

“While you do that, I'm going to call Orton Hamilton – he just turned 11, and can help me do some math for you. With two million views, you gotta be making some type of money.”

Captain Ironwood Hamilton of Tinyville's two-man police force had a big family running a jewelry business – Ham It Up – and all of his nine children at home and his two adult children in college were involved in it. Ham It Up did hilarious kid videos as well with the younger children of the family, and they and the Stepforths and the Duboises were all friends, so, the kids all talked shop as they understood it because they all had been introduced from the beginning to entrepreneurship.

“Hey, Louisa!” said Orton when she reached him, and then listened to her question. “Okay … let me talk to Addison [his 15-year-old brother], and we'll call you back with the answer.”

“Do you mind if I put Vertran on three-way?”

Orton called back in ten minutes, and Louisa called Vertran and put it on three-way.

“Addison has a few questions for you,” Orton said, and Addison came on the line.

“Not much – Louisa wanted to make sure I was making money on my videos, since I'm planning to pop the question and marry her.”

“Yeah, I know, it's kinda sudden – I know I wasn't talking about it last week when Louisa and I were playing with Orton, Edward, Ilene, and Allison, but I've been kinda thinking about it since she and I discovered the Ship to Tomorrow at Tilly Mound and we thought our folks were going to kill us.”

Addison took a moment to regroup. He was 15, and he was talking with an eight-year-old not yet nine who still played with his seven-year-old sisters Ilene and Allison. Addison himself liked girls, having come to that age, but was not even thinking about marriage. On the other hand, twins Orton and Edward had already sized up one of their adult cousin's fiancees and said to each other: “It's a good thing she's with him, so now we don't have to kill each other for her.”

“Y'all are getting too old way, way too fast, but I guess it has to do with the world looking like it's trying to come to an end,” Addison said. “Anyway, before hearing about your big life plan there, I was trying to ask if your videos were monetized.”

“Your parents are handling that part, right?”

“Well, if your channels keep growing the way they are growing now, and the price of Hive gets up a bit, you're going to be able to do all of that by the time you are my age – but Vertran, marrying age in Virginia is 18, not eight.”

There was a long pause.

“Oh … I must have misheard Grandma – she must have said she got married at age 18, not eight!”

“Ironwood [Jr.] our eldest brother is BIG on Hive – he's like a whale or something, and really believes in it,” Orton said. “Y'all wanna go four-way?”

“Sure!” Louisa and Vertran said.

“Y'all are crazy!” Addison said. “Why are y'all trying to be so old? Don't you know once you get here, you can't go back and the adults have all this stuff they want you to be responsible for while you're trying to enjoy still being a kid?”

“Some of us,” Vertran said, “were just born ready.”

“Hey, Ironwood – yeah, it's Orton! How's college, man? Oh, you'll be home – they're closing NYU? Well, I'm not mad – I always miss you, bro! Anyway, I've got Vertran Stepforth on the phone, and he's getting millions of views on his YouTube stuff and is really picking up on Hive. We were wondering what you think the price of Hive will be in ten years, because Vertran is popping the question to Louisa today.”

“Where are the adults? And no, Addison, you don't count.”

“C'mon, man!” Addison howled. “Just because you're almost 24 doesn't mean you have to rub it in!”

“I thought you said you still wanted to be a kid!” Orton whooped.

“Yeah, but not when he says it like that!” Addison whined. “Daaaaaaaaaaaaaaaaaaaaaaaad! Ironwood is picking on me again, and he isn't even home yet so I can tackle him and knock him down!”

“Y'all Hamilton brothers work this out and call us back,” Louisa said, and disconnected from Orton.

“Yeah,” Louisa said. “It's raining … nobody needs all that extra noise when you can just hear the rain, you know?”

“Will you marry me – in ten years, if God says the same?”

“How's the stock picking going with your Uncle Jules?”

“Oh, real good – he buys me one share out of every ten every time I help him pick a good one. By the time we're 18, you'll have the biggest YouTube channel and I'll have the best stock portfolio. We're set on money, Vertran. It's just staying friends through hard times. I heard fourth grade was rough, and after summer all year, it's going to be really hard to go back.”

“Yeah, but, like Dad tells Mom, we'll make it, together.”

“Can you give me some time to get the money for a ring? Those things have got to run at least $100.”

“Oh, sure. My hands need to grow a little more anyway.”

Note -- Doo City was REAL. A relative of mine tried it! The results you already know!