Will You Stay With Me Forever? || The Ink Well Prompt #59

It was the first time they were meeting each other after four years. These four years were somehow difficult for both of them. They starved terribly to see each other, but none of them admitted it to the other one. 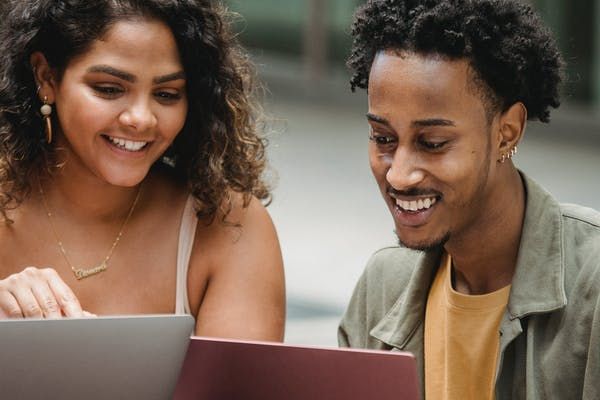 They spoke on phone, exchanged a lot of messages and often saw themselves on video calls, but still it was equally difficult for both of them to spend a day without seeing or talking to each other. Although they irritated each other a lot on phone calls, they couldn't wait to see each other, and after four years, the opportunity finally presented itself.

She embraced herself with the white dress remembering the fact that he loves white on her. She wore a pair of pearl earrings and a contact lens, so she could look beautiful. She brought out her suitcase and removed a box from it in which there was a bracelet which he gifted her when she was removed. She tied it on her right hand and wore a wristwatch on the left hand. She kept her hairs open, just the way he likes it.

Finally, she took the red coloured gift box which was lying on the table, and she told her mum she'll be back before it was dark. She lied to her mum that Trisha will drop her off after the party. She had to lie because no parent will allow their daughter to meet with a boy and not just any boy, but a boy that's younger in age.

She convinced her mum that it was her best friend, Trisha's party, and all her friends will be attending. She succeeded in convincing her mother, although it was a difficult task. She closed the door the moment she came out of her house. She took a cab and headed towards the place they both agreed to meet. There were excitement in her eyes, plans in her mind and happiness in her smile.

She got there before him and decided to wait patiently for him since she has always known him to be a late comer. When he entered the café, he saw her sitting on a chair, looking at her wristwatch and playing with the flowers kept on the table. He went near the chair she was sitting on, and closed her eyes from the back. You'll never change she shouted, you are the same boy who comes late every time. He wanted to tell her why he was late, but he suppressed his thoughts. After all he was meeting his best friend and love after four years.

She wanted to hug him, but stopped herself. She didn't want him to see her in a different way especially if she hugs him in the presence of everyone. She then stood up, extending her hands towards him. Instead of shaking hands with her, he ignored her hand and hugged her excitedly. She was shocked and delighted at the same time.

He came back to senses and asked her to sit. They both sat down and called the waiter to come take their orders. He remembered that she loves cold coffee a lot, so he ordered cold coffee for her. She remembered that he loved latte, so she ordered latte for him. After the waiter took their order, he apologised for hugging her, and she immediately replied that she was fine with it.

The waiter brought them their cold coffee and latte, they both had their drinks, and then she excused herself. He thought of confessing his feelings to her when she comes back, but before he could do so, a guitarist came near their table and played the tunes of his favourite song. He looked around wondering what was happening, not until he saw her approaching with a frame in her hand. The frame contained all the pictures they took together. She also came with a laptop which had a video of her confessing her feelings for him.

After watching the video, his eyes were filled with tears. He was about telling her how he felt also when he realized she wasn't around him anymore. He searched for her but she was no where to be found. He searched and searched, and after a while, he found her sitting on her knees on the ground with a beautiful ring in her hand. Before he could say a word, she said, starring into his eyes and hoping to get a positive answer to her question. "Dumbo! Will you stay with me forever? He quickly pulled her up and hugged her very tightly. I love you so much, and Yes, I'll stay with you forever, he answered.

They both kissed and sat together, talking for hours. They were both lost in each others world when suddenly, her phone rang. It was her mum, and she knew right then that it was time for her to go. She hugged him and said her goodbye. But before she left, she hugged him tighter and said,“ Dumbo you're just mine and yes I am all yours, only yours."

Even though Dumbo was younger than her, that didn't stop their love to blossom. He made sure to keep his promise of staying with her forever and together, they lived happily ever after.

This is my entry for the inkwell prompt #59. Click HERE to be a part of it.