The Legend Of The Seven: The Inkwell Fiction Prompt #9 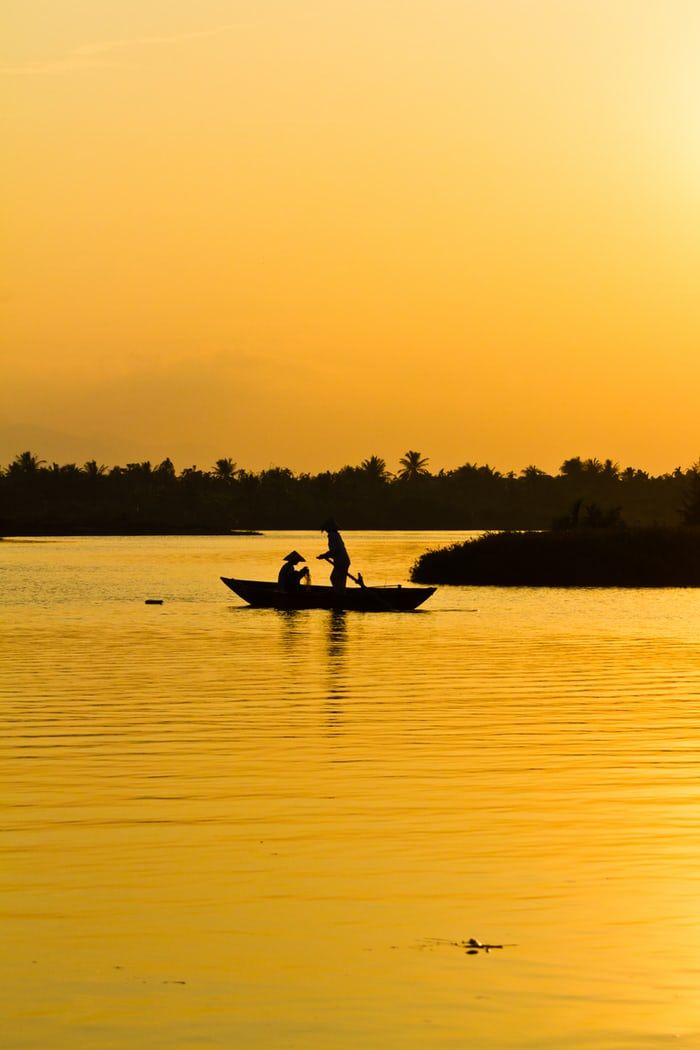 Many years ago, In a small village in Bayelsa, fishing was the main source of living. The sea was always populated with fishes of different kinds and sizes. Traders came from far and wide to buy from them.

As a young man in the village, one would have gone on a solo fishing expenditure successfully before his thirteenth birthday. That was how much the fish was a part of their culture.

Soon, as word spread, fishermen from neighboring communities began to troop in, wanting to partake in the bounty of the sea. This didn't bother the people, the fishes didn't even reduce. Instead there was always enough to go round.

But there was something the indigenes failed to tell the outsiders. In the middle of every year, no one fished for a whole week. This was as commanded by the gods of the land. No one was to fish or even step foot in the water. The gods used these days to enjoy the water for themselves, purify it and prepare it for another year of plenty.

No one told the outsiders, so they didn't know.

When the middle of the year came, and the indigenes stopped going to fish, the other fishermen wondered why. It was as they asked questions that the culture of the people were revealed.

Many of them chose to obey the laws of the land, and some decided to size the opportunity. As the indigenes and majority of the outsiders would not be at sea, that would leave a lot of fishes for those who could take the risk.

They were seven in number, seven fearless men from a faraway land, known only to a few. And they feared nothing.

On the second day of the fishing break, they tried to go fishing, but the youths of the village stopped them. They were there for the sole purpose of stopping any foolhardy fisherman. And the King permitted them to use violence if it became necessary.

The seven fishermen realized this at once, and not wishing to cause a scene, they retreated. Deciding among themselves to return at night.

There were more youths keeping watch, but under the cover of darkness the men were able to sneak past them. They stole a canoe and set sail into the sea. None of them bothered about how they would sneak their fishes past them youths upon returning. Apparently, none of them cared.

The night was cool, the moon full and bright as cool breeze blew lightly against their faces.

"No!" One of the youths cried suddenly as he saw that men sailing off, " come back!"

The fishermen ignored, lighting up their lamps so they could see the water clearly. As the canoe slid across the surface of the water, they searched for the perfect spot to cast their net.

And they found none.

"What?" One of them gasped, "there are no fishes! Why are there no fishes?"

And truly, the sea had no fish at that time. In fact, it was void of life. Except those of the fishermen.

Suddenly, the breeze that had been blowing lightly picked speed and transformed into a strong wind. Their canoe was powerless, going as the wind led, further and further into the sea.

"No!!!" The men cried as they tried to row backward against the wind. Their efforts were futile.

Soon, another wave formed, one more massive and terrifying than the previous one. The canoe was no match for this brute force of nature. It shattered into splinters, sending the men crashing into the cold freezing water.

On the shores, the youths could hear that cries of the men, calling out for help. One of them tried to go save them, but the youth leader stopped him.

And soon, the lightning fazed out and the thunder silenced. The wind petered down to a cool breeze once more as the sea became calm.

The cries of the men were gone.

The youths returned to the King and reported what had happened. The entire village was told, the outsiders were warned. But the bodies of the fishermen never came back, so there was no proof anything had actually happened. The outsiders refused to believe even when the men didn't turn up a week later.

And so it's told to this day, the culture is still kept. The tradition is still followed. Not just for fishing, but for modern jobs, school and life in general. Wherever in the world the indigenes are, once it gets to the middle of the year, they go on a week's break.

They didn't want to defy the gods.