At the age of ten, Lavender was already a very enthusiastic red haired girl with some beautiful gold dust sprinkles across her face just underneath her enchanting hazelnut eyes shielded by those long lashes. A pride of her parent, the King and Queen of Flower Town.

Lavender's parents ruled their kingdom with all power and mercy which made the people more happier. As the kingdom grew stronger, healthier and richer so did Lavender grow more beautiful and wiser.

A fine teenager with lovely features, took leadership lessons and a part-time job of ruling the kingdom under her parent's supervision. She did all she was asked of in grace, love and compassion.

All was going well till an invasion led by the Wicked Witch of Thorn City, struck Flower Town and took many lives including that of the King and Queen's, leaving Lavender rather helpless in refuge far from the defeated town. Her home was lost....

There where she lived with a family (an aged farmer, his wife and two toddlers) that took her in when she had no place to run to, she hid her identity from the general populace for security reasons. Days turned to weeks, weeks to months, months to years and finally her 18th birthday was near.

As it clocked midnight on that anniversary day of her birth, Lavender who was grateful for the love and care given to her by her new found family was still laying restless on her bed, gazing up to the ceiling with memories of her parents and her past life flooded back, all still very fresh that it made her tear up silently.

Hours later, she still couldn't sleep, this time around, she had this intense uneasy feeling brooding inside of her, like she was going to explode. Lavender struggled to contain her self not to wake up the peacefully rested family.

It passed. The pain abruptly stopped and she could feel the changes in her, like she's got some magical powers. She dismissed the idea regarding it as daydream and went to bed finally.

Two hours past dawn and Lavender was up to her morning chores. She was done with all except with the garden. On most days, she'd spend time alone in the richness of beautiful grown, lovely scenting flowers. It made her forget her worries especially the aching pain of losing her parents. 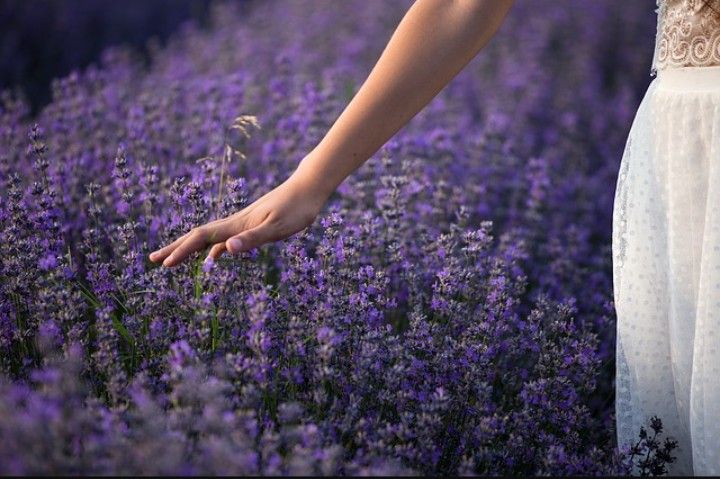 Lavender in the garden

As she headed to the garden, lavender was caught by the sight of a withering rose which looked like it was stepped up on. She glared at the thought of the clumsy feet of whoever must have stepped over the flower and felt pity for the dying rose.
Instantaneously, she strode carefully and knelt before the flower then placed her hands like she wanted to pick up and straighten the broken rose.

Closing her eyes and singing a lullaby her mother always sang to her as she was emotional at the time, magically she healed the flower. She was stunned the moment she flipped open her eye lids to find the rose blooming beautifully once more.

It was weird and stranger as she examined her hands so intently as if to find the answers to all the pent up questions in her mind. It was a done deal, maybe a blessing and she should accept it, she said silently to herself as she went back home.
Few weeks later, another invasion as same with the previous one she'd witnessed and luckily fled from, hit the town where she lived. "This time around" she said, "I will stand up and fight, even if it leads to my death".

Fire in houses, disorientation everywhere in the air, sound of thumping horses, Lavender walked past all of these charging bravely towards the leader of the invaders, the Wicked Witch.
With the heartfelt anger, she fought with her magic and conquered the Witch.

This victory brought her to the light and her past was all over the town. Lavender was later crowned the Queen by the people after the battle's victory and she named the town Blossom Town in remembrance of her birth kingdom leading in kindness, grace, compassion and power....