A friend in Need | inkwell prompt #57 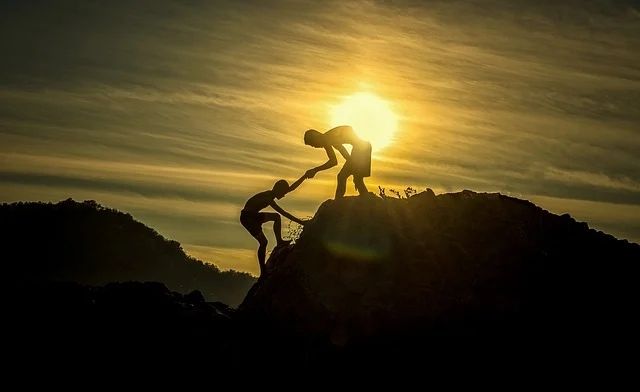 Source
Benjamin Franklin always going through life like it was easy as pie,
but if truth be told he knew it was hard but the only way to get through it was to wear a big smile.

He passed through life like it was an examination, one course after the other always clearing them each time.
He had no worries in life no bills to pay, no relationship to sustain, as far as he was concerned
"it's smooth sailing from here".

"Life is hard they say, look at me !! I'm leaving the dream life, no worries no stress just boos and girls."

It was only a matter of time before he would soon realize, that life gave him a head start which he had used in vain.
It happened like this on February 14, it was his birthday, a day he had learned to hate but for his friends, family, girls, and boos, he wore a big smile celebrating with the utmost joy.

By midnight, it began, the true test of life was now reviled, as he slept from the exhaustion of the party, he didn't know he had opened a new chapter If his life.
He woke up that morning only to find out that he had lost all of his money from a cooperate hack.
All trails lead to his drunk conversation the previous night.

And so it began, away with the freebies, girls, money, and friends for no one could be friends to someone so broke.
And so he lost his house cars and the future his parents planned for him.

Gambling became his go-to, depression became his friend, he could bearly cling to life as he drowned himself in his liquor of shame. And within the blink of an eye, he went from riches to rags.

Lost in the darkness he willfully created, he wallowed throw the streets like a lost pet, hungry, weak, and tired, his eyes were filled with bags, his feet were filled with sores and dirt, as he walked down the road, everyone who got a glimpse of him would move to the side of the road, to avoid contact with the deadly disease.

And just when all hope was lost, someone stopped in front of him, he looked up to see, and behold it was his long-time friend from college,
who he used to bully due to his lack of clothes and his poverty appearance. Ben stopped to take a closer look
"Danny ??" he asked
The stranger took a long look at him before exclaiming
"Ben ?" " Is that you?? "
Ben looked down at his feet now feeling ashamed, confused, and not knowing what to say.
" What happened to you ??, The last time I saw you, you were far from this. What happened ??".

Danny took a long look at his friend who bullied him throughout his childhood, the clothes he wore were just appalling, he was a total eyesore. Looking at him you would think he was suffering from a deadly disease.

"Come with me let's go and get something to eat "

Danny said using his hand to signal the direction, and they went together.

Ben narrated his story to Danny who could not help but show sympathy.

"Ben don't worry, you might have hit rock bottom, but the Lord Almighty has sent me to pull you out of all your problems so that he can build you up again."

Danny then stood up, now ready to leave, he took another look at his friend and said
" Man propose but God dispose, here is my card "

Ben held the card and read where it was written
"Chief architect,
Revolution enterprise- Daniel Washington"

And from then onwards Ben's life changed for the better.