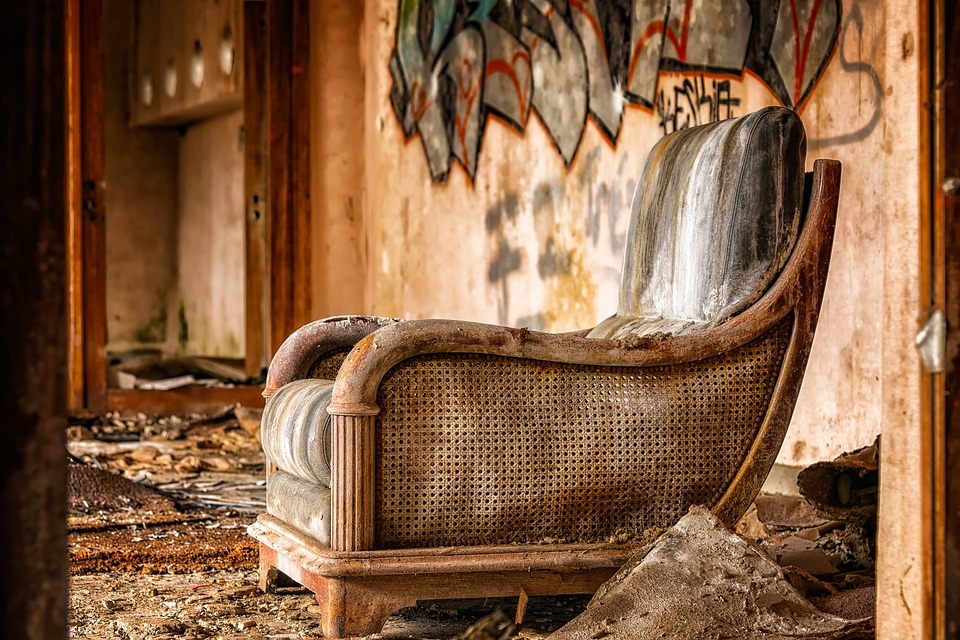 "In one minute, a whole house life could end. Houses could also die in a massacre. A mass grave of paint and cement, the primary use of a wooden pillar, or a useless, forgotten love poem written in a time of war. A murdered house is dismembering of things, disconnecting them from their owners, away from the names of feelings. It is the need for tragedy to make right and point the wisdom toward seeing life in a still matter, in everything, in a hurt creature." Thus read the first part of my father's letter for me as I returned to the empty house we once called home.

"Carrying memories of fingers", the first part concluded "Memories of smell, and memories of pictures. Houses can be murdered the same way its inhabitants do, and memories of still matters can be killed as well". He must have known I'd return one day, otherwise, he wouldn't have left this letter on my desk where I used to study for the end of the school year exam. A few weeks after that day I left, went on to finish college, then started my own family.

It's not like we cut ties or anything. He, my mother, and even my sisters would travel to visit me often. Our weekly phone calls never stopped, lasting for hours as we talk about their new neighbors. We talked about their new home, their new neighbors. I just never dared to return after I learned what happened to the home in which I spent the best of my days. The memories of my walk to school and back with my sisters.

I walked back into that house after returning for my father's funeral to see that all my fears were right to keep me away. The torn white curtains we spent days picking and putting by each window are now filled with bullet holes and dirt, waving in the wind like a weak man's surrender to defeat.

Only a few days after I left that I learned that some militia walked into our home claiming it as their own. The thought of having some coward pointing a gun at my mother or sisters tore a hole in me. They picked the houses in the area because they were in the center of Baghdad. Almost a punishment for my father's farsightedness when he picked this house to marry my mother.

"The wood, the stones, glass, iron, and cement", the letter continued "The cotton, the notebooks, and books tear like the words their owners never got to say. The plates break along with toys, CDs, water taps, door handles, refrigerators, washing machines, vases, olive and pickles jars, and cans just like their owners died."

My parents visited me every six months or so, and in each visit, my dad asked the same questions "How come you haven't settled in one house yet?", as each time he'd visit I'd have moved at least once to a new apartment in Dubai. I was always too embarrassed to tell him that I am too scared of lending house memories to wash them get crushed like the pictures I saw of our old salt, sugar, pepper, and spices containers crushed on the floor making the most disgusting mix to put in our food and be forced to digest what my stomach couldn't withstand.

"The property ownership paper tears", I carried on reading "Along with the marriage certificate, birth certificate, the water and electricity bill, identification cards, passports, and love letters, the same way their owners do. The pictures fade, like toothbrushes, makeup, combs, shoes, underwear, sheets, and towels. All of these things are people's memories that were emptied of the still matter, and the memories of still matter that were emptied of people. In one minute they end, our things die like us, but they never get buried with us." The letter concluded as I put it down then stood to watch the remains of this graveyard we once called him.

I could see the death of our stuff, the memories they last saw before they died. Evident by the needles, alcohol bottles, bullets, and used condoms, I could see that the memories my desk had of my studying and my father showing to quiz me along with my mother preparing me a light meal to help survive the night ahead of the big exam the next day were replaced by memories of men with guns putting up their dirty feet as they down the last bit of vodka. The makeup station my sisters set to prepare for their weekly going out whether to a movie or on a secret date were replaced by a station to snort cocaine.

The furniture's memories of us sitting to watch a movie or play a board game on the family night are now replaced by fifteen dollars hookers. Much like the memories of our childhood drawings are now polluted by gravities of gangs, lyrics of misogynistic songs, and swastikas.

"Hey", my wife entered, "I thought you weren't going to take long"
"Yeah, I apologize for taking so long", I replied "I think I am done, I got all I could take from this graveyard anyway."
"So, this is the house where you grew up", she said "Not bad, a little bit of painting, a little bit of replacing, some cleaning, and you're all set"
"Yeah, exactly", I replied sarcastically "All it would take is only a few years to fix this place"
"Yeah, we'd befriend all your old neighbors returning", she said half smirking.
"Exactly, and our kids would go to my old school and would have to deal with the Arabic teacher over-attachment to good grammar," I said with cutting sarcasm "Let's just go"
"Wait", she said, "Is that the letter you're here for?"

As she was reading the letter I realized I was missing what was written on the backside. I grabbed the letter quickly to read it.

"But a home is a paradise", my dad continued "One to which you will have the keys, and you may give them to anyone. It has windows where angels come to wipe your heart with water and honey. One with a heart that would hold you when you cry at night. It's a kingdom, a master in making you cry, and a legend in giving you hope. Its river overflows, and its oasis guides you when you are lost. Paradise to its inhabitants, their children. A constant reminder of where to find your loved ones after a long, tiring day. A home is a paradise on earth that doesn't last forever, but as long as it does, hell will be far far away."
Those were the last words my father shared with me.
I kept pondering along the walls, they were on their last breaths. I took a breath and all I could see is the memories of us that still lay deep within the walls, within the furniture, within a house laying in an operation room awaiting surgery, a little bit of painting, a little bit of replacing, some cleaning, and patience for its organs to be revived with new memories.

Within the next few months, we painted the walls, hung the old pictures, fixed the furniture. Then, eight months later, my wife and I took the kids to live in their new and first permanent home. A few months later, my mother moved in with us. Filling empty spaces in the rooms with stories of my father, and leaving her own before she reunited with him two years later.

Now, memories and stories of her are being told by the colorful school bags and supplies she bought for my children, the recipes she left with my wife. A homemade perfect by the imperfect drawings of my children all over the walls when their cousins came to visit. The home turned into a paradise, a paradise that might not last forever, but as long as it does, hell is far, far away.