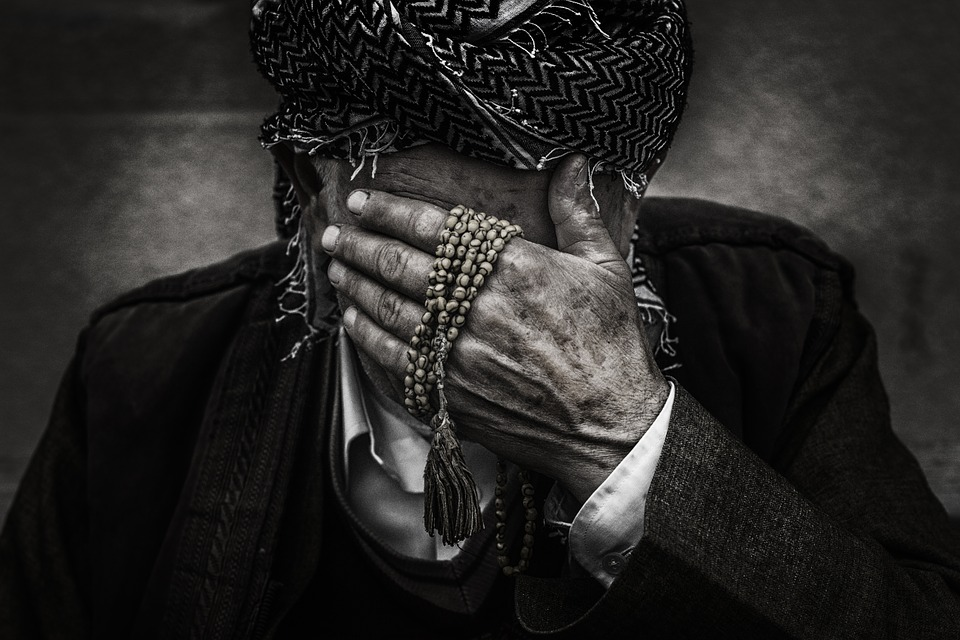 My grandfather used to cough all day as if he had something stuck in his stomach. Whenever he coughed, that thing moved a little and then went back to its place, at least according to grandfather.

As for the doctor, he told us that my grandfather is healthier than his children, and even his grandchildren.

He was coughing even while sleeping as if he was taking his last breath. And as soon as he opened his eyes, he nodded for a few minutes, then engaged with a cough, swindling left and right like a pendulum.

He would drink water and cough again at a different rate. He drank and coughed, until he was completely exhausted, and fell asleep.

His cough comforted me, I had always thought that it would be enough for the thieves to retreat, and divert to another house. With the passage of time, his cough became stronger, until it was frequented in the radius of three residential neighborhoods, which were completely devoid of theft incidents.

Shepherds were counting on him since he drove the wolves away, and they taught their dogs how to cough like him instead of barking. When a merchant offered my grandfather to guard his stores, my father vehemently refused, though my grandfather seemed enthusiastic, not only because the contract was tempting, but because he was tired of the monotonous life of the retired.

His cough increased to disturb the rest of the town. Whenever we opened the door, we found someone grumbling about my grandfather, or giving us some new cough medicine, until the medicines piled up at the door like garbage bags. When we talked to my grandfather about it, he began to weep and said that he cannot die before that thing comes out of his stomach.

He crept out of the house at dawn one day, and we don't know anything about him anymore. They claimed that he bit one of the children and gave him rabies. That incentivized my father to come with a muzzle and a large chain and yell, “I will lock him in the basement as soon as I find him.”

Three years have passed since his departure. Every time one of us coughed, my father cried.