Hey, this is my first entry into inkwell community, I hope enjoy it. Expect more from me @adaopara thank you. ENJOY.

Sands filled the box and some of it were littered on the tabletop, little creatures were visible through the glassbox on the table. They walked forming a linear line, each not breaking the shape. He watched with his eyes full of passion, occasionally he would tap the glass to monitor the movements of the ants in the box. They all sthattered around due to the stranger noise and they would occasionally jam their heads together to communicate for each of them to run away. He was facinated by their attensiveness and their jointed sense of togetherness. The ants all followed there line to the huge ant hill just ahead where they kept their food and fed their queen, that was the mother of all of them in the cave. 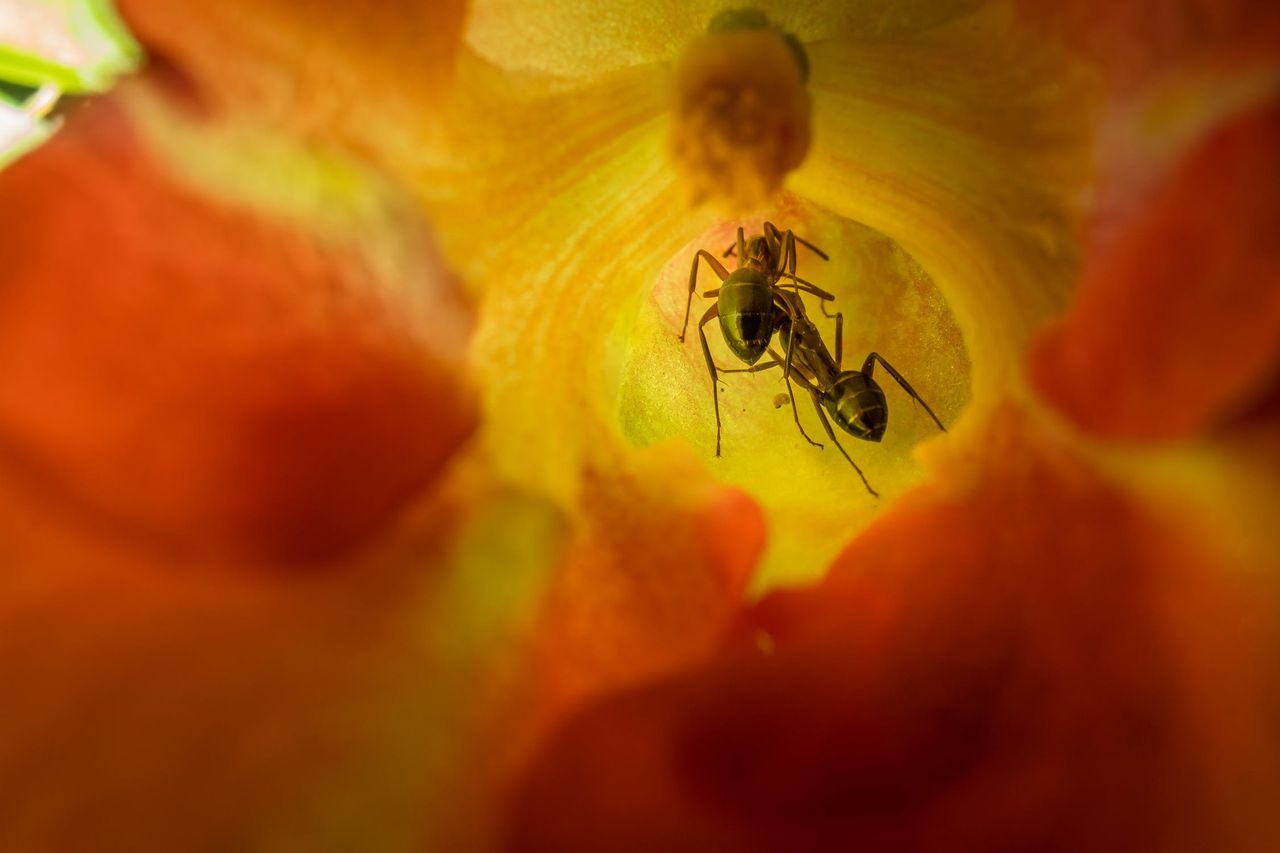 Andrew held his gase at the glassbox without breaking eye contact with it. He was interupted by the knock of his doorstep, the voice said,

"Calling Andrew to planet Earth, Come out before someone misses their bus.",she said with a bright smile on her face. As he ran out of the room with his eyes full of excitement, she laughed as she sneaked his snacks into his schoolbag as she rushed him and had a laugh when she saw him getting tired due to his small legs, then she would pick him up at the start of the stairs and he would initiate an aeroplane as he put out his arms and made noises like that of an aeroplane engine. They burst out unto the front lawn and Andrew then raised his face as he recieved a kiss from his mother on his face. He then skipped to the Elementary school bus and had just pulled up in front of their home.

He walked in, and raised down his head as the other students had seem to be laughing and were repeating the rhyme K-I-S-S-I-N-G, as he continued to go and occupy a vacant site just ahead of them, Brunt Thomas stopped him on the way to his sit and said,"Mummy's boy". Rachel came in between the two boys and said,"Brunt go and sit down and stop trying to show that you are bigger than everyone because they fed you fertilizer as a baby". The whole bus made a big woah sound, and Brunt gritted as he walked to his chair. The bus driver listened to kids' conversations and laughed as he drove the bus from the stop sign. The school teacher later heard about what happened to Brunt, because old cases had come to her table and it was always about Brunt bullying Andrew so she called him to appear at her office and she instructed him to go and give an official apology to Andrew and his family. She didn't want to hear what he had to say to her, her instructions were very clear if he didn't do so he would spend the rest of the summer in detention.

After school hours, Brunt walked to Andrew's house and introduced himself as Andrew's friend and he was allowed to go up to meet Andrew in his room upstairs. Brunt opened the door to Andrew face-glued to his antfarm on the table of his room.

Brunt yelled out,"Eweh!!!!, Andrew you are gross". Andrew was about to scream to alert his mother about the intruder in their house but Brunt told him that Miss Thompson had instructed him to offer him an apology. Brunt raised his face high and said,"Sorry for calling you names", he then said,"Now that is done, let me go and see what cool stuff you have in this house of yours". He opened the door and Andrew followed him through it, trying to stop him from moving further. He opened his dad room and blared out, "Cool!!!!!!".

Andrew's dad was a neuroscientist and loved his work, he had been working on a laser that was just laid on the table that Brunt had got notice of as he opened the door to the room.

"You didn't tell me that your dad was cool,"Brunt said as he tried to touch the laser on the table, Andrew tried to stop him as he drew the rear end of his clothes. The laser flung from it's position on the table and fired as it hit the floor at the two boys, they didn't feel any pain. They both stared at themselves as if nothing happened, they looked at themselves confused, they looked around and were surprised when they saw an ant like the size of an empire state building with a piece of pizza on his mandible. They both shouted on top of their voices, when they heard a voice behind them," Andrew and Brunt, queen has demanded your presence". They turned back to see an ant in glasses that read a paper in his hands, he looked different than other ants in the farm, he was a smaller ant. Andrew knew that in the farm each ant born of the queen is given a role as they are born, they were workers and soldiers. This ant looked like he was a servant of the queen, they both followed him as Brunt stared around in fear and wonder how Andrew managed to stay calm. 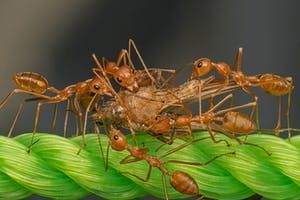 They appeared to be in front of the queen that appeared to be bigger than the other ants in the farm. She adjusted herself and said,"Andrew and Brunt were trespassing on foreign property and so they would be given work like the other ants to earn a place in the society". The verdict was passed and Andrew & Brunt were instructed to go and work as workers in the farm. They were escorted to the workers' mine.

A worker ant with a construction helmet on his head came out and assigned Andrew and Burnt to a portion of the mine they would be working. The mine was created from a hole that Andrew used to feed the ants, the whole ants formed a line as they passed pieces of bread from one hand to another tiĺl it got to the ant in front that put the piece into the top of the ant hill.

The worker ant said,"Our work requires one's concentration and cooperation to achieve, you will have to work hard with your partner to complete the task". Andrew looked at Brunt and they both laughed as they knew they could not possibly work together. The worker ant said that the queen's decision is final and they won't be allowed to leave till they did their job well. Brunt and Andrew stayed with ants for long periods of time and they learnt secrets of togetherness and working together. When they had completely learnt how to work together, the effects of the ray wore off and they stood in Andrew's father's office as Andrew heard his mother say," Are you boys okay?What was that loud noise I heard just now?".

The boys hugged themselves as they leapt for joy. This marked the blossom of a resounding friendship.

If you don't know your destination, may roads can lead you there.....@adaopara