Learning Javascript as a first step to get into coding

It's been a week since I posted about learning to code as a side business and, the more I get into the world of code, the more I like it. It's not that I'm good at it - I'd say I'm fairly ok so far - but more because I am learning so much at a very fast pace. I knew I had to give my all to this project (that is rapidly becoming a life project) in terms of hours spent learning, hours spent watching videos and reading a lot, but mostly because if I want to get proficient at this fast, I have to give it my all and a little bit more. 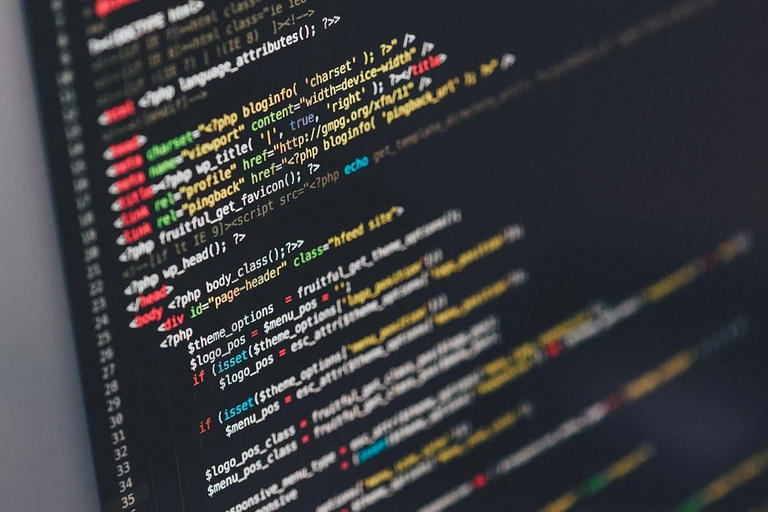 I said I would keep a timeline of my learning, both to keep track of how much time I've invested on it, and also to later on write "how long does it take to..." kind of articles, so:

I could say 19 hours are enough to keep in a bootcamp I researched about, or at least that's what I thought after I finished the 6 homeworks of the prep course and read all the files, solved all the puzzles and watched all the videos... but when I signed up for the test that would allow me to begin the bootcamp, I realized I was nowhere ready. Out of 16 questions/problems I was only able to answer (or code) 2; I began to get frustrated because apparently the homeworks gave the applicant the tools to solve the test but, as it turns out and after I asked around in the slack, the average time spent studying by an average student in order to pass the test, is 120 hours.

So what I did was sign up to the test on September 24 and right now I am preparing for it, watching YT videos, solving more problems and so on.

By the way, do you know any kind of channel or website where I can learn to apply everything I know about Javascript and perhaps keep learning? So far I've found several channels, the best of them is "Whatsdev" on Youtube but maybe you can recommend me some others.

So, out of my progress, I've compiled a "How to Guide to learning JS basics", and I want to share it with you in case anyone is interested:

If statements are used to check condition, if it is true, it performs a specific action, if it’s not, well, it doesn’t.

Whatever is inside the parenthesis has to evaluate to true for the statement to print.

But we can also write the same code in a cleaner way by not having the two if statements:

But what if the number is a 0? We have to add a statement for that, by combining the statements.

Now we want to take this to the next level, to a more interactive way of coding.

If we use alert instead of console.log we get a pop-up with the result of the if statement, the code would look like this and it gives the user a more interactive way of browsing the website.

Then, we can use the prompt tool to open up a box telling the user they have to enter a number so the code can run, after the user types the number, the pop-up alert will pop on the user’s screen, basically the prompt gives you an input to the user:

In here, we are already giving the user answers depending on their input, and we can keep going and going adding if statements.

*Whenever you compound two things, you can’t use one equal sign but two or three.

In Javascript there are two equality operators, the == and the ===, I’ll know what they mean later on but for right now, I’m just using ===. Both are for comparisons or equality checking, one equal sign is for assigning values to a variable.

They are used to combine conditions. We want to be able to add many conditions to the statements so we can have more complex statements.

The next example will make it clear:

Let’s say Eric is looking for a job at Walmart, and the job requirements are that the applicant is over 25 and to have a college degree.

Loops are to avoid typing things manually way too many times.

In any kind of loop you have three statements:

Each statement is separated by a semicolon.

Where i is the name of the variable.
Where <= also includes 15

This loop says, as long as i is less than or equal to 15, keep going.
The loops begins, and then it keeps reading from right to left, checking the result, then running the increment, then checking the condition to see if it still has to run. The loop keeps running until it reaches 15.

The incrementor works as follows:

We don’t really need to print i, it is just for my learning experience.

If I wanted to make the loop have different increments, it would look like this:

Check how I changed the ++ for a += because if we remember, the ++ adds only 1 to the starting point variable.

For another example of a working code we have:

We want to add the numbers from one to ten:

Every single cycle or loop, we are going to add our current number to total, then at the end after it has added all the numbers from one to ten to total, we will print that:

As another example, we can use names of anything:

What we did is not printing the index, but printing the names.
This code will only work for our animals array and it will only print the first 3 because our condition was pets < 3, but we can tweak the code so it logs all the array, no matter how long it is or how many indexes it has by:

That way we can add more animals and it will print every one of them. That’s why dynamic lengths are so usefukl.

Now we’ll learn how to loop through an object.

for (var element in data) { // I use element, but you can call it anything you want.
console.log(element); // This goes through all of the properties.
}

This code would give the result:

Because the “element” changes every time, it becomes every property, it gives you the three properties.

But if we also want the value and not just the property,

for (var element in data) {
console.log(element, data[element]); // We use the brackets to access each value
}

If I wanted to access the data of only one of the properties, the code would look like this:

var data = {
name: “Eric”
male: true
age: 32
}
console.log(data[“male”) // It goes with quotes, the properties are strings and when you call them, you need to put quotes.

Loops that go from top to bottom:

This is the loop version to access an object. Objects don’t have index or order, we access them by their properties. This way is easier than the index version but it’s more common to use the indexed version.

For objects we use for loops.

You need an initializer, a condition (for when your loop should end), an incrementor (or decrementor, It is pretty much the same concept as for loops but the syntax is a little different.

We have the initializer outside the parentheses:

My number starts at 0 (num) and it goes, “if num is less than 10, run everything inside the curly braces”, so it add sum and num, then adds num++ (1), and it keeps reading the condition until it reaches 10, then the condition won’t be true, so the loop stops.

How to loop through Arrrays with while loops

Now we want to loop through that, we’ll do:

If we run the code, the result would be:

We can also do a backwards loop using the same logic:

So that code above would give an undefined as the first item. What we have to do is use the length of the otherStuff array minus one:

The last object is always one less than the length of the array. The “lastObject” lives on the index of 9, not 10. In the example, the index 10 doesn’t exist, that’s why it is undefined.

var cars = [“lambo”, “bmw”, “tesla”];
var num = 0
while (num < cars.length) { // As long as num is less than cars.length, run the console.log and then it logs lambo at first then it checks the ++ and adds one, so num hits one, so it would log bmw, then num hits 2 and it logs tesla, then num hits three and since 3 is more than the array length, the loop stops.If you don’t have an incrementer the condition will always be true.
console.log(cars[num]);
num++; // If we don’t add this line of code (it’s easy to forget in while loops) we would always get lambo infinitely.
}

Let’s talk about variables first. We use variables because we can use them several times, example:

If we need to refer to this array we don’t have to keep writing this array, we just use…

If we need to refer to a person in this array, we…

for (var person of people) {
console.log(person)
}

Functions store specific tasks, they work as variables but in a more complex way. Think of it as variables being nouns and functions being verbs.

Example of a function:

This the function definition:

function catGreeter() { // All the function logic goes inside this parentheses
console.log(“Hey Cat” You are cute!”)
console.log (“Meow”!)
}

Then we invoke, execute, call or run the function.

catGreeter() // This is how we execute the function, calling it

Let’s say we want to make a more personalized function

Then we have to call this function.

We have four parameters (inputs), so we have to pass in four arguments so they match and the function runs.

function printerArray(arr) { // We can call it anything we want, in this case arr
for (var i = 0, i < arr.length; i++ ) // arr.length because we want to loop through however many items arr has)
console.log(arr[i]); // Goes through each element of arr and prints it out
}
}

We call the function by

About the console.log statement

We can also use return (it’s cooler than console.log) to print the results.

Both console.log and return do the same thing in this function but when things get busy, the difference is noticeable.

We use return statements in functions because when we use it, the function is actually giving you an output. When we use console.log we call something that doesn’t really require an answer.

Everything is about input and output. A function takes an input and returns an output. If we do console.log it’s because we are not outputing anything with a function, but we are actually just printing something.

In functions we use return

For another example of return

Let’s do a function where we have a problem that takes in two parameters:

But if we use

So now we give the function some logic

What you’re saying is, if at any given loop, the number equals the second parameter (num) then return true, and if the loop is done and it didn’t equal (num exist inside the array), then return false.