This past Saturday, I was on Hattie duty for most of the morning. We could have chilled out and watched videos, I suppose, but I decided against that. With the weather beautiful, we instead decided to drive up the local bluff and take a look at nature in the nearby abandoned rock quarry. 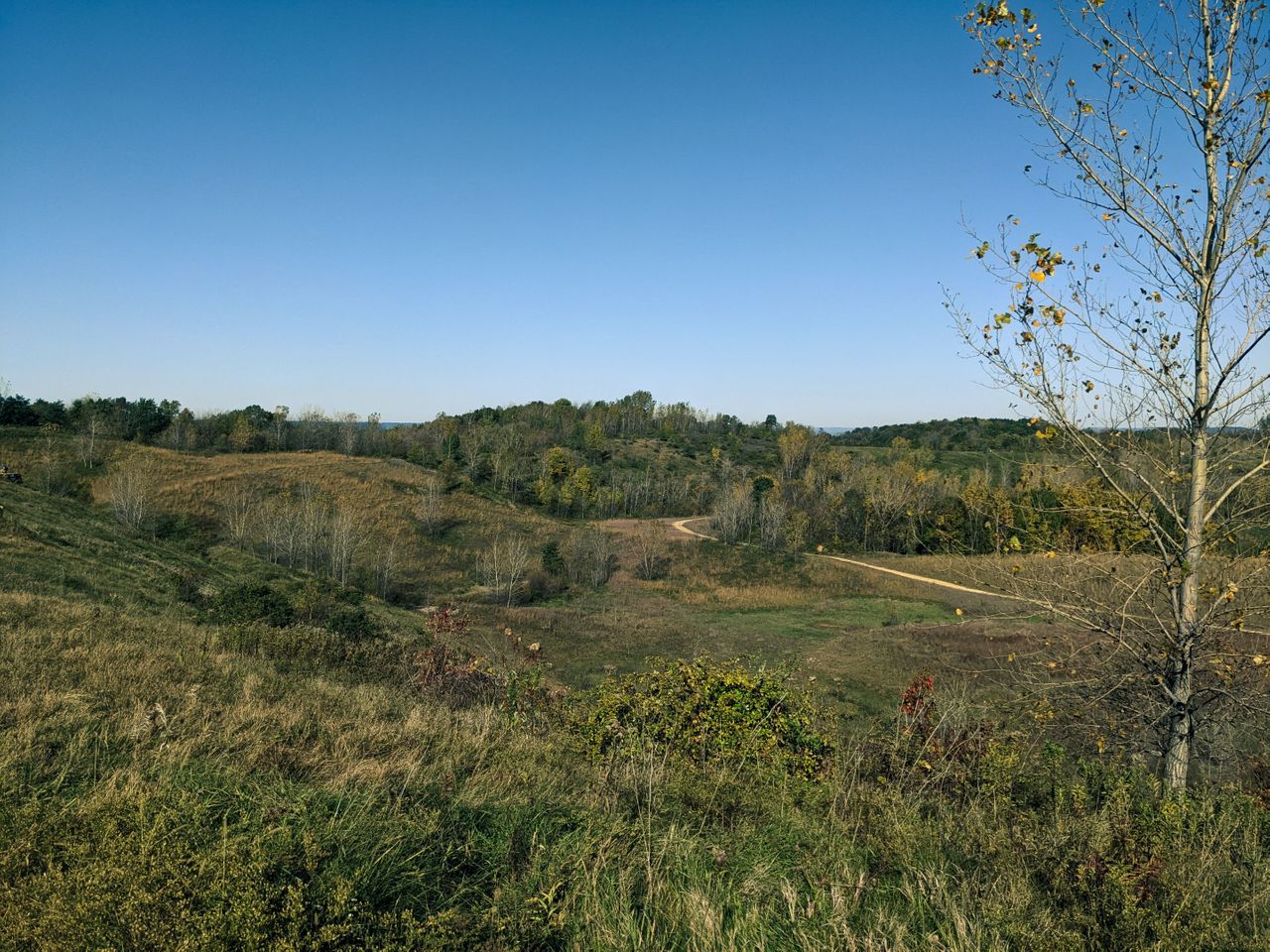 The area was acquired for roughly $1 million USD back in 2006 for the area's Blufflands Preservation Project. The purchase brought in 475 acres for public use. Prior to this purchase, the area was one of the larger limestone quarries in the midwest. A bit of Driftless history aside, we decided to adventure out and look for new wildflowers and bugs...Hattie led the charge, as always. So what did our adventure lead to? It lead to lots of late October plants getting ready to doze off for winter...getting ready for their annual slomber. While the boss was leading the charge, I was trying to get photos of the quarry below us. I was hoping for more color changes in the trees, but I still appreciated the changing colors of life around us. Granted, I couldn't "dilly dally" too much with the photo-taking, as the boss was telling me to quit "messing around," but I did snag a few photos to share with the #engagetheweekend community. I do love the golden hues of the green prarie grassland. It was such a beautiful day. Some might recall that we've done some fairy hunting in these parts before. Why would be doing such a thing? Well, in all honesty, some geocachers I used to know swear they heard the music of the fae one late fall afternoon to the right of the path in the photo above. Were they pulling my leg? Maybe, but the area does feel very sacred, very old, and very "veilish"... and who knows what those quarrymen conjured up years and years ago in this area.

No fae sighted (or Bigfoot, for that matter), but there was plenty of scenery to take in... 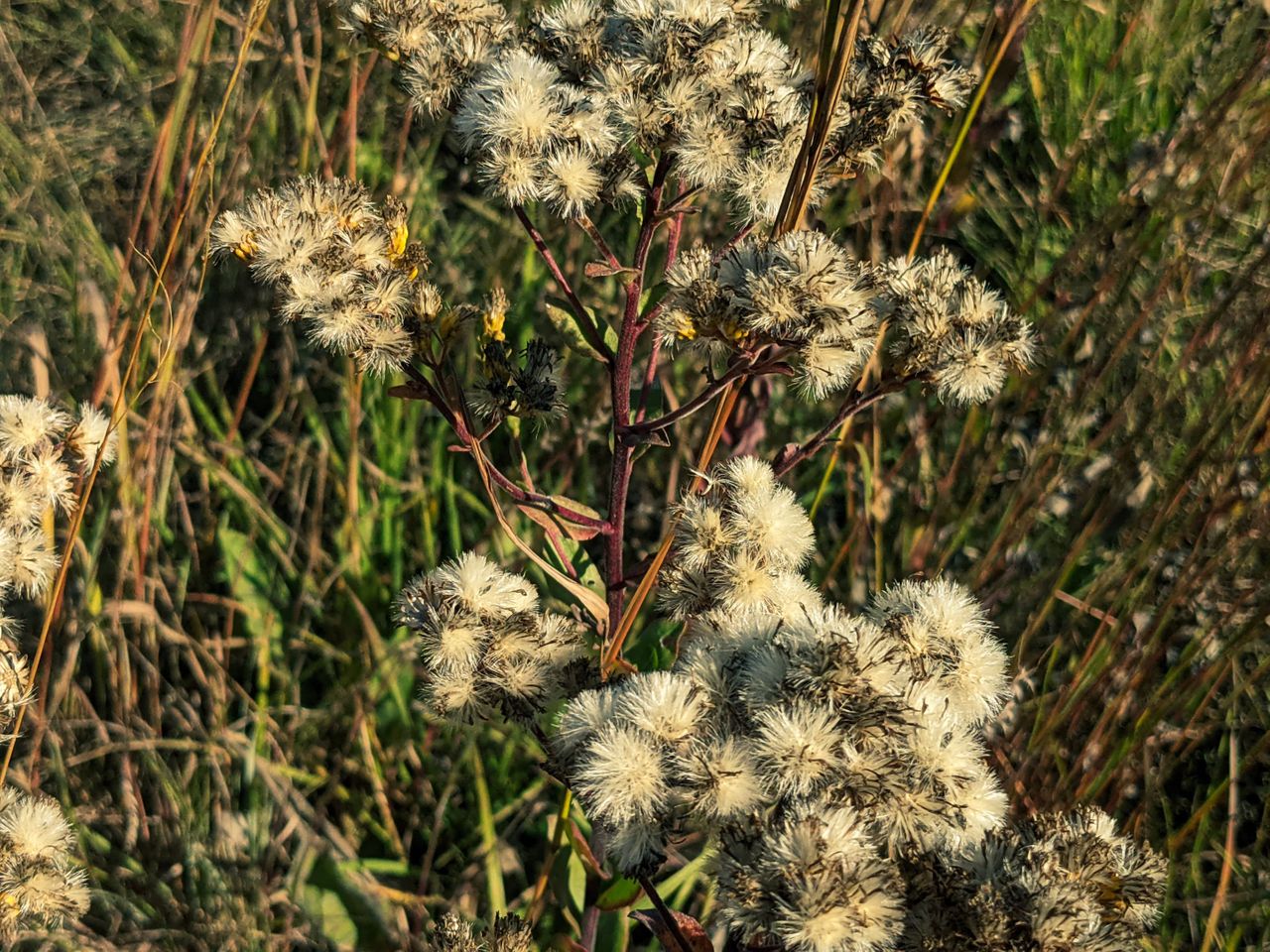 Of course, we found our bugs too: And I felt so good that I was motivated to snag a selfie on the way out of the quarry. Look out, accountant in the wild! Yeah, even though my Brewers lost last week, the weekend was good! Fall in the air, no screen time, and getting in some fresh air with the Hattie monster. Easy enough for a weekend adventure!

Thanks for stopping by and joining the adventure, too. I hope everyone else out there had a wonderful weekend too; until next weekend, have a great week everyone out there in Hive.