To be honest with you. This week's prompt is a tough one for me. I've tried to wrap my head around it and on which particular topic I will write on. But I still fail to be pregnant with the right words to coin together.

Maybe because I'm really not into the color green or blue. Maybe because it has been a long time since I went on a camping trip. Or maybe @galenkp is a wizard that keeps picking interesting topics that gets you to prove your writing skills. Which is impressive.

Okay, after much decision making I figured out I actually did have a little nice interesting interaction with this life/nature significant color And being one of my life phrase it's better to try and fail than not try and regret later. I'm writing on the topic

Share up to two photos that focus on the colour green and write at least 300 words in explanation. It can be anything at all, but the main colour in your two images has to be green. Tell us about the place and situation, when it was and what you were doing there. You have to use your own images though.

I'm gonna delve right into it.

So on this blessed Sunday evening (few months ago) I was home in-between should I sleep or see a movie. When I got a call from some good friends of mine to get dressed that they were gonna pick me up for some evening drive. I declined at first but then again I was bored at home so I hopped on the idea. Few minutes later they were at my door, I got dressed and we embarked on the drive.

Being a novice in the new city, they were already conversant with all areas of the city. They decided to surprise me by taking me to a place where I could feel nature at its finest as I was a lover of nature too. Not to exaggerate, that was the best view I've ever seen ever since I got to this new city. It's called Uyo Green Park 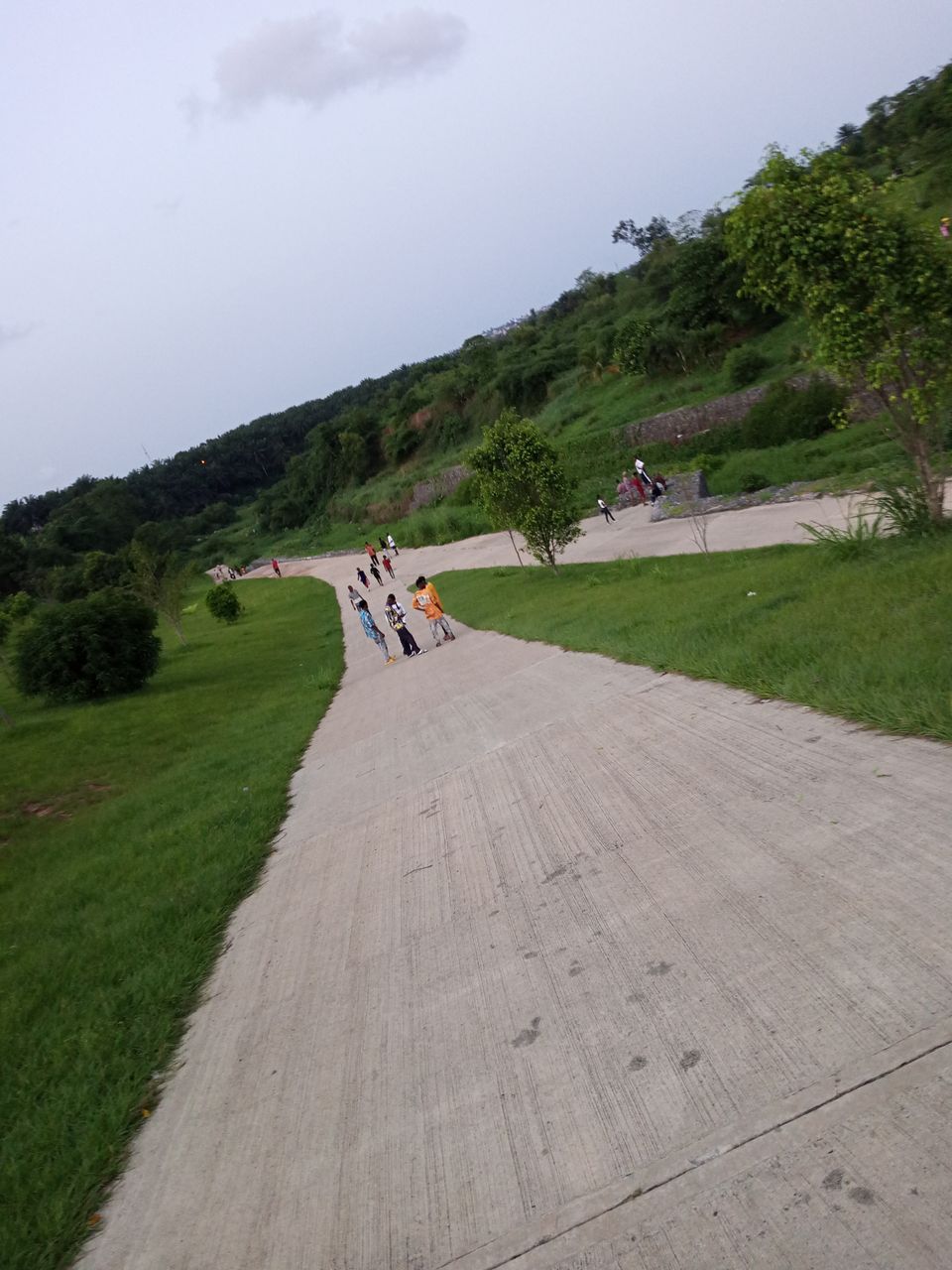 A view of the park.

The hilly terrain and the view from the top is everything. It has this lush green carpet grass and indeed very beautiful natural scenery that gives you this inner peace, and calms the soul. Bad thing I was lost in admiration. I couldn't get a good picture from the top. At least you all would have had a glimpse of what I was talking about. 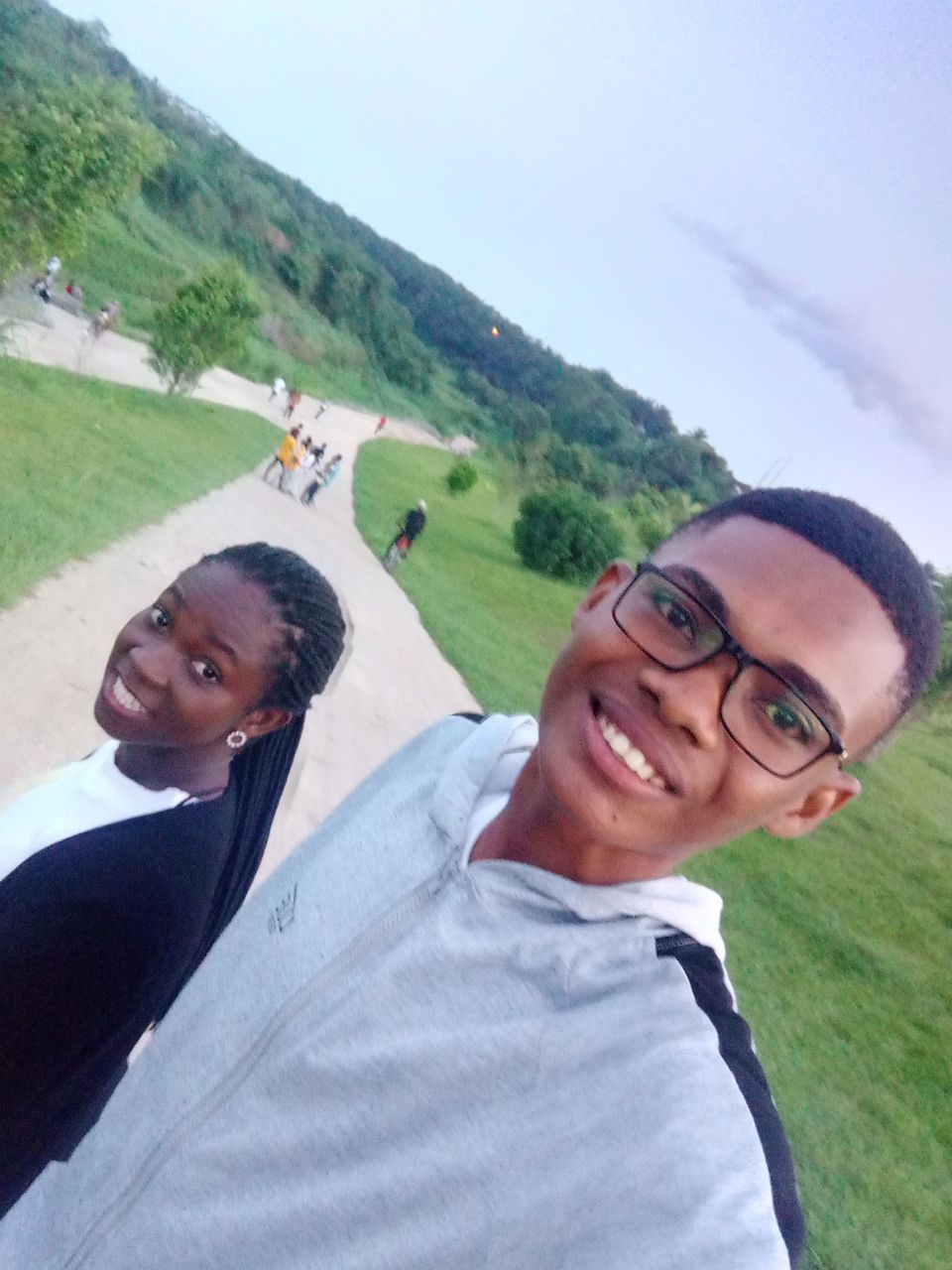 When I remembered I haven't taken a picture of it's view from the top. And I was halfway down.

Now there's an interesting fact about this place

This place was actually a waste land. Filled with dirt and barely interested humans until the government took interest in it and made it into what it looks today.
Tells of how beautiful nature could be if only we took good care of it.

Once you get into this particular place. You actually get to have an encounter or relationship with nature. And if you happen to be a lover of nature as I am, you instantly get a "nature-gasm" (if that really means a thing). But literally there's this feeling of love, warmth that wraps around you and makes you wanna make love with nature. 😂.

But then again..
Why I was leaving this place that particular day. I was thinking of how fair nature has been with us and how we've been unfair with nature. I mean we all can agree that mother nature has been nothing short of fair with us. With the calmness it brings to our soul, our natural resources, the cool breeze etc.

But how have we returned the gesture?

By the constant deforestation?

By the polluting of our oceans and rivers with plastic waste thereby killings its inhabitants?

By poaching our wildlife?

Clearly we have not returned the gesture in a nice way. Until we realize that this is the only world we have and it's up to us to take good care of it. I rest my case.