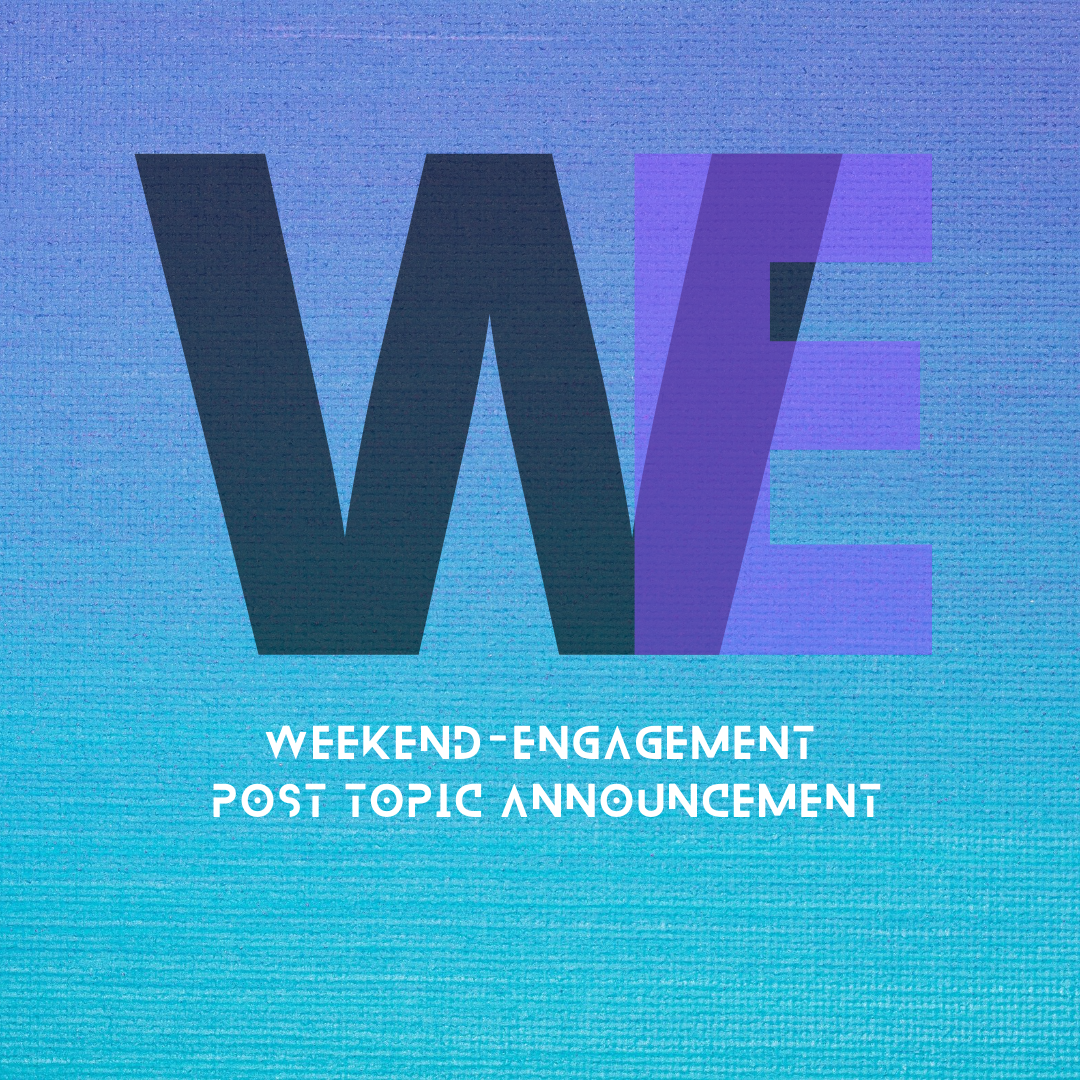 Let no man imagine that he has no influence. Whoever he may be, and wherever he may be placed, the man who thinks becomes a light and a power.
Henry George

We are surrounded by influences each day, some positive and some negative - This week it would be nice to learn about who has influenced you or who you have influenced in a positive way. Take a look below for the topics and some of the benefits for getting involved with this posting initiative and I hope you'll choose to get a post into THE WEEKEND community.

✔️ Use #weekend-engagement as the first tag of your post to be eligible
✔️ Must be posted in THE WEEKEND community.
✔️ Post directly into the community - Do not self cross post (Community rule)
✔️ Post in English (Use a translator if you like)
❌ Plagiarism won't be tolerated - Do your own work and credit photos
✔️ You have all weekend to get your post done - but follow the guidelines

Follow the guidelines above so you're eligible for the rewards and feel free to comment below if you have any questions about how it all works.

Benefits to getting involved

Describe a situation in which you positively influenced someone - Who was it and in what way did you influence them, how did that accept it and what was the outcome.

Tell us about someone, other than your parents, who has supported and influenced you and made a positive difference to your life. What did they do, how did they do it and how have you benefitted - What lessons do you remember the best.

If you could influence anyone on the planet, other than your own children, in a positive way who would it be and why. What aspects would you attempt to influence, how would you do it and what outcomes would you consider acceptable.

Have you ever been negatively influenced; By whom, how did they do so, what happened in the scenario, when did you realise it was negative and not a good thing for you and how did you make the changes required to turn it around.

Curation and hive-rewards will happen on quality original content so proof read, use in-focus and interesting pictures and generally take pride in your post. Your posts are a representation and showcase of you - Give people a reason to visit your post feed.