galenkp79
a month ago
inTHE WEEKEND 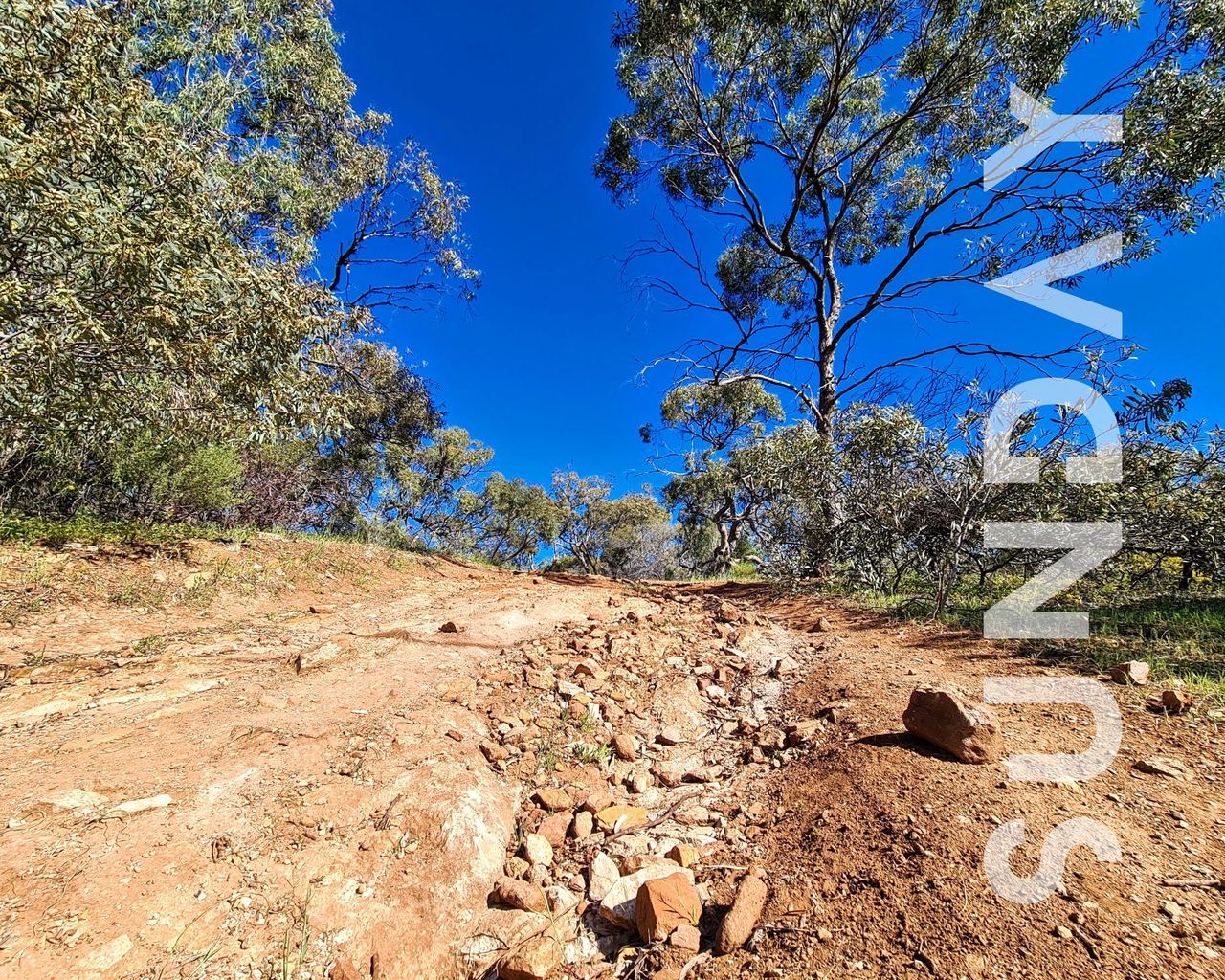 Sunday is the golden clasp that binds together the volume of the week.
Henry Wadsworth Longfellow

Over the last couple of weeks my mission has been to have no mission. I've been happy to float along doing whatever came along peppered by a few set-time appointments here and there; I've loved it. Today though...Today was a mission. Several missions in truth.

When I'm serious about getting things done I often write lists and I did that last night knowing I had a few non-negotiable things to achieve and I even went as far as writing the list in the order in which I was going to deploy the items. It was a serious list. 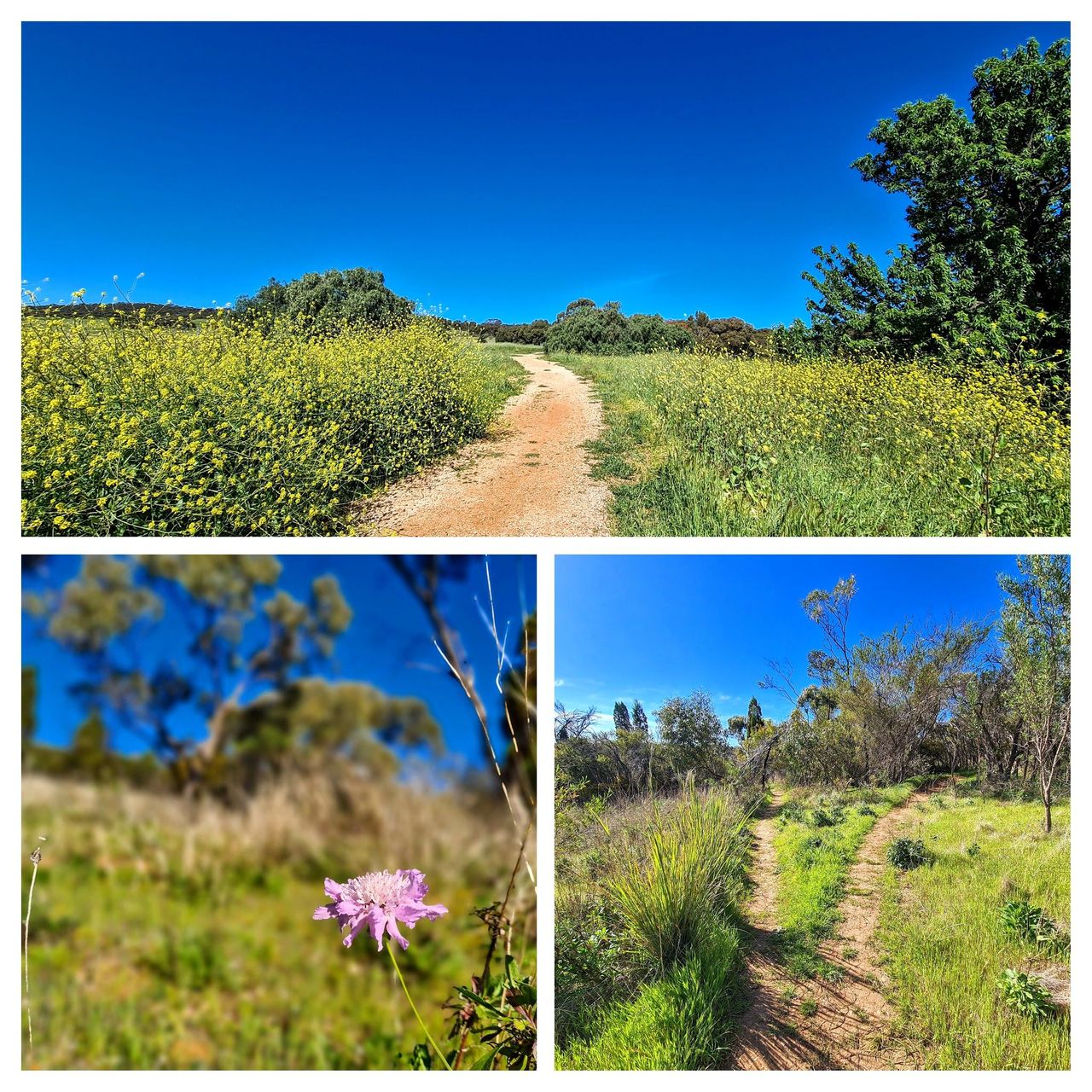 I've been meaning to put together a dedicated tool kit for my off-road camper trailer for a while and never seem to get around to it. I'm loathe to remove tools from my garage for camping trips as I know what will happen, things won't be where I need them to be when I need them to be there. So, I decided on a new kit and today was the day for it.

I went through my workshop to see what I could utilise from there then headed to the hardware store to grab all the gear. Once home I put it all together and other than spare batteries for the torches it's complete. Tool mission complete. 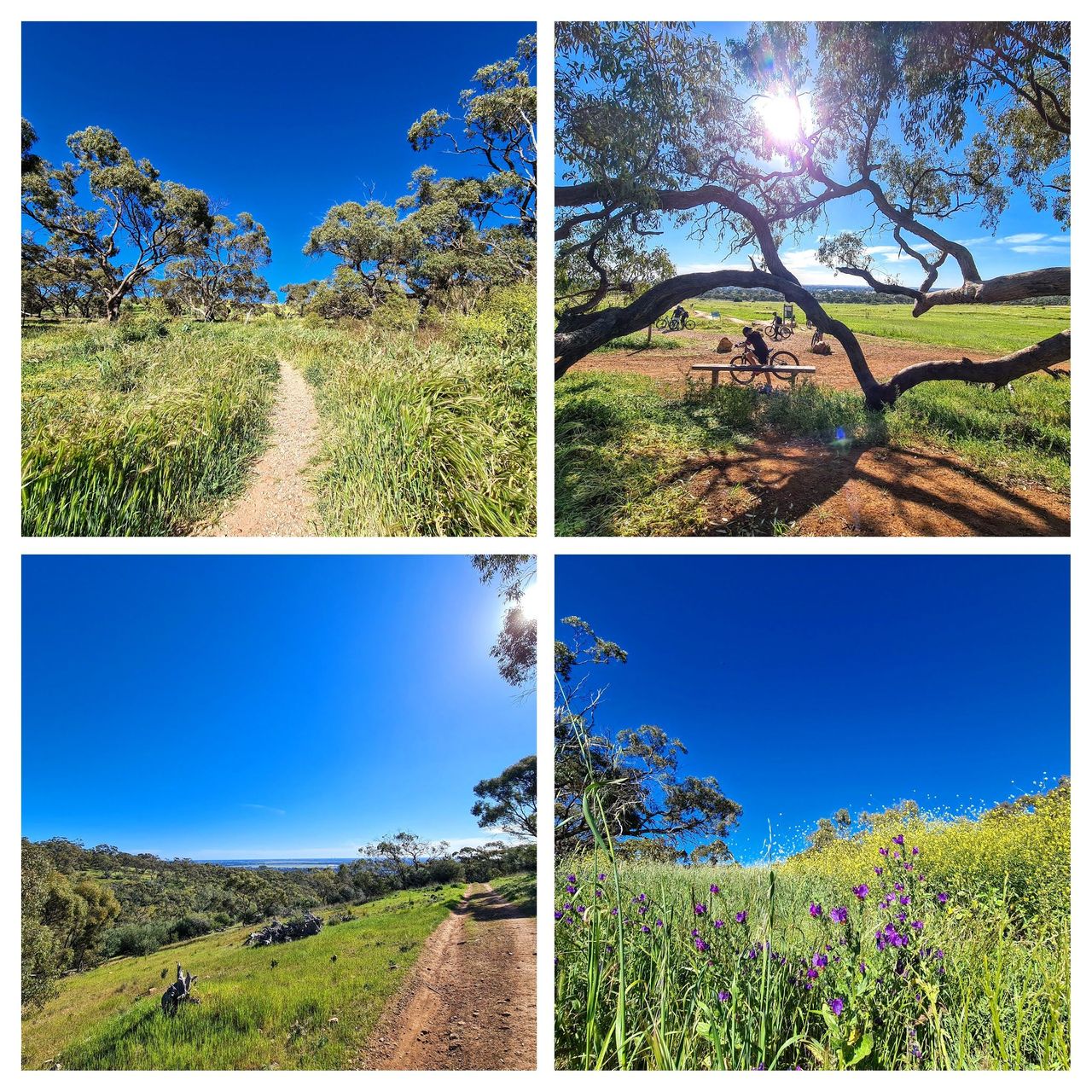 From there I had cleaning and yardwork to do - My second mission.

My workshop is always in a reasonable state of cleanliness and order but I use it a lot and so I like to give it a spruce up every month, put things away, organise, dust and clean. I managed to find a couple things I don't need anymore, did some other organising then swept it out. I used my leaf blower extensively for that which I wouldn't normally do but as I had it out for later I felt it might make short work of it. It certainly did. Clean workshop mission complete.

From there it was on to the outside of my house where leaves were blown gathered and binned, the vegetable garden was tended and watered, a fence panel was tek-screwed as one panel had come loose and I even potted up a couple palms that needed to be transplanted into larger pots. Yardwork mission complete. 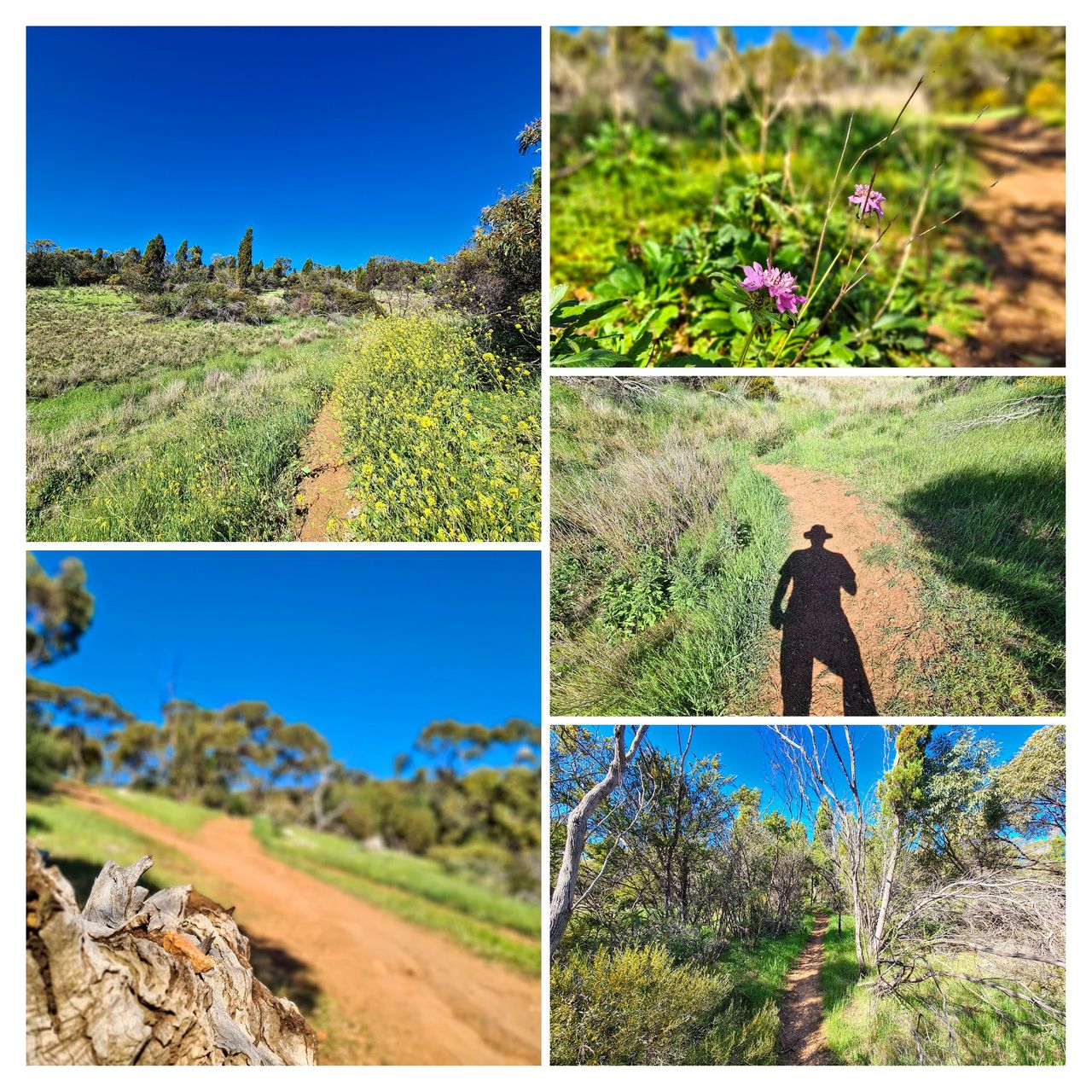 In between all of that I managed to have some lunch, a Cornish pasty and iced coffee and the hardware store café, cuddle Cleo a little bit and then it was time to pull on my boots for a hike mission.

The photos in this post are all from my hike today and as you can see it was a pretty legit day for it; blue skies and 20 degrees Celsius; just perfect. I laced up the boots, pulled on a hat and slung my hydration system around my shoulders then headed into the scrub.

I walked up the hill winding around on some of the less-travelled paths to extend the hike somewhat and really enjoyed the peace and quiet. Well, it was mostly peaceful, there were a few downhill mountain bikers around the place but I didn't mind as they're friendly.

I hiked for a couple hours today and then headed home for a shower and a pretty casual dinner; Super-simple in truth, but tasty. I spent almost two hours on the phone with my brother, his wife and my nephew then spoke to my other sister in-law about some job stuff and now...I'm sitting on my ass watching the F1 race (or about to) from Sochi, Russia. I'm feeling a little sleepy, but I'll be up late for the race. Thanks coffee. 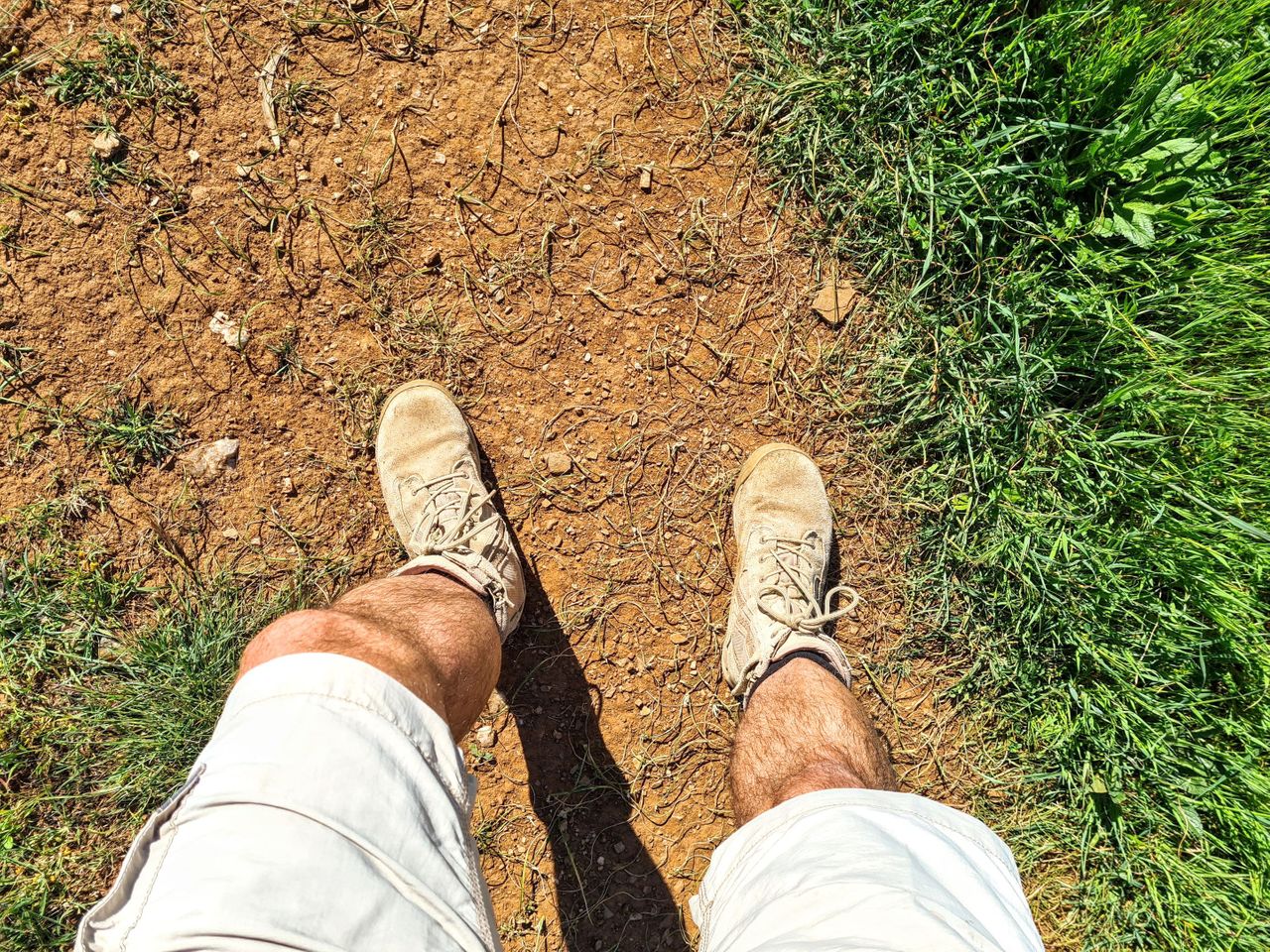 I had a great day today. It was productive and enjoyable at the same time. I like working with my hands and getting things done; there's a lot of satisfaction that comes from standing back and saying, yep, done and done. The hike was a nice way to finish off the day and dinner...Who doesn't like breakfast-dinners? Bacon and eggs, sautéed mushrooms and toast for dinner? Yes please.

I hope y'all have had a great weekend so far also and the rest of it is awesome also. Feel free to let me know in the comments below.

Enter my latest posting contest here, where you have the chance at 150 hive in prizes.