Happy Monday to everyone.
May we all have a wonderful week ahead.
Hehe. I am publishing my weekend post on Monday. Actually, I started writing it yesterday but couldn't complete it, so I have finished it today.

Some days in our lives face a series of mishaps that you start fearing if the day will end with peace or it will follow another terrible incident. The Saturday of this week was one such day for me. One unpredictable and unwanted incident followed by the other. Well, Sunday had been another busy day but not filled with mishaps as of Saturday. I can still feel the tiredness of that day in my body. 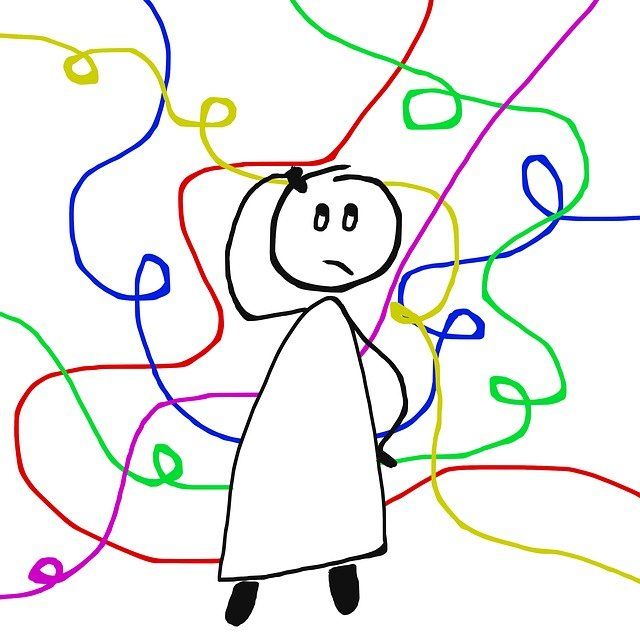 Every week I have 2 to 3 days that are heavier with respect to the weight and amount of home chores. Yesterday was one of them but that is not the problem. When we have more work to do, we work relatively faster to finish the work on time. I did the same in the morning. I got the lunch ready 2 hours ahead of time. I even baked/cooked (I don't know which of the two words is appropriate for) chapati for lunch. Now, I only had to serve it when my parent-in-law would come at the lunch time. I then got busy in tutoring my kids and preparing my son for his school test. Meanwhile, I got done with some other small tasks of my room.

I had thought after being done with the lunch, I would write my post for the day, but oooops.... only ten minute before our lunch, there appeared some guests. It made my plan failed. I had to bake more chapatis and also prepare some food for the lunch. Collectively, the whole process of greeting, serving and cooking for the guest took about one and a half hour.

Afterwards, washing the dishes and cleaning the kitchen took about 20 minutes. I was already stressed because of the non-serious attitude of my son towards his studies. Out of 15 dictation words he had given only 3 correct responses. He didn't learn them spending one and half hour with books. The sudden appearance of the guest added to my stress.

I told him to learn the words again and I will take the oral test after being done with the kitchen. When I returned to him he said he was done. I called a word and told him to spell. Wooooh! He said he forgot to do this one. Okay. I called another word. He made a mistake in it too. I told him to understand the phonetic. I stressed on the sound he was making mistake on. He again spelled it wrong. My goodness! It was the word he did rightly in the first attemp. I lost my temper. I scolded him very badly, really very badly. I am sure my blood pressure would have gone high at that time. I am not a mother who mistreats the kids often. Treating him this way hurt me but I couldn't resist. I spend a lot of my time on him but his non-seriousness doesn't give me the required results. I changed his school and got him admitted to another with tutition fee three times higher than the previous school. I had thought he would improve, but thanks to the lockdown changing school didn't bring any change to his attitude towards studies.

Well, I spent one more hour with him to help him learn the words. He could learn only half of them.

My younger son wanted to sleep. He is having flu and congestion. I rubbed vapourab on his neck and chest. He always sleeps wrapping his arms around my neck. He took some time to sleep. Then, finally, I got some time to write the draft for my post. I had to write my entry for pob word of the week.

It took me more than hour to write the draft. It took me some minutes to apply markdown styling on it. I then looked for appropriate images. I had added four images and had to add the last one after which my post was ready to be published. I went to the editor and placed my fingure on it to paste the link of the image but..... Alas! The fingre had placed on the clear button in editor of proofofbrain.blog. Everything was gone. Everything!

I had even closed the tabs of images I had searched. There was a lot of chores left for the day. I had no more time to write it again. My brain went blank. I composed myself quickly. I didn't have enough time to feel sorry for this mishap. By the way

I want to request the creators of editors

Please, add an undo button to the editor

If anyone come accross the incident like this, s/he may not be empty handed.

Oh, I forgot to tell about another incident where I just escaped from burning me. I was preparing tea for my mother-in-law (as I am not very fond of having tea) in the evening. The pan of water was on the stove when my elbow suddenly hit its handle. Thanksfully, I steped back on time. Otherwise the hot water would have burnt me. I then cleaned the mess and prepared the tea again. It took time, ofcourse.

In between the chores I got some chunks of a few minutes to rewrite the post. (It was, ofcourse, not exactly the same as of previous one) I searched for the images but I couldn't find the ones I added previously. I was still happy about at least I could write it again. I published it via proofofbrain.blog. but..... soon I realized I didn't post it in proof of brain community. Wowwwww! So the series of mishaps were not likely to end here.

I took a deep breath and cross posted it in proofofbrain community with a message. I felt relieved for a while But it didn't last longer

I realized I had made a mistake in the message. Want to know what mistake it had? I had to write forgiven, but see in the image 👇 what I have written 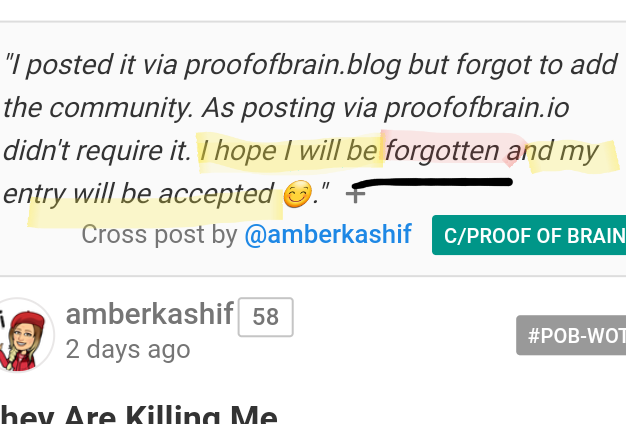 Huuuuuh! I didn't have any more courage to do something to omit that mistake and commit a new one. So, I put my mobile a side and lied down on the couch. This way, the day ended with lower back pain that has still not gone completely.

I am thankful to God for not putting me in a worse condition and also for escaing me from burning.