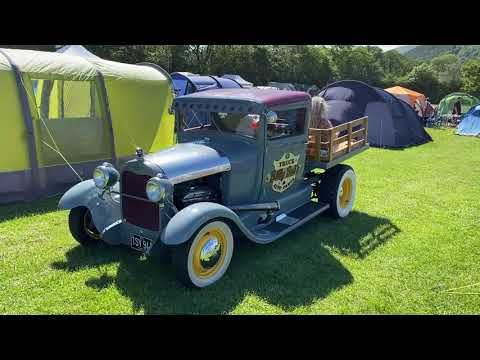 Yes, this title doesn't particulary compute, does it?

But you all know by now, Ben revels in this kind of thing! 😄

A secluded campsite in the Lake District, populated by every form of hot rod and muscle car known to man...then Ben turns up with his pal in two, cutting edge electric cars, and quite randomly, manages to win some people over.

At some point, you expect these cars to be picked up and thrown in the lake, but no, no EV's were harmed in the making of this video.

Now we rave about EV's - their range, and benefits, etc...but this is primarily hot rods and hills, meaning the majority of this video features roof chopped capris, a Ford F150 SVT Lightning in black - very similar to the one Paul Walker drove in The Fast and The Furious.
Believe it or not, this truck has 220 mph on the speedo - wow 😀

What out for the Plymouth Furies...