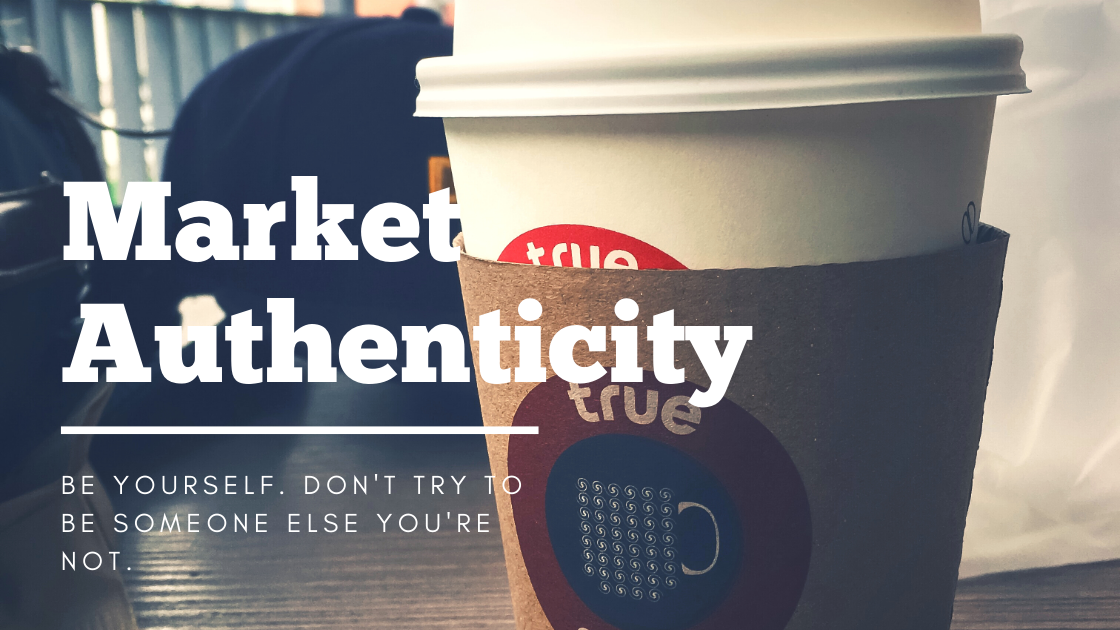 
I missed this kind of content that I produce here in Hive. I sporadically post contents like this when I feel there's a need for them. As many of you have known already, I post travel and photography content, but from time to time, I have this: 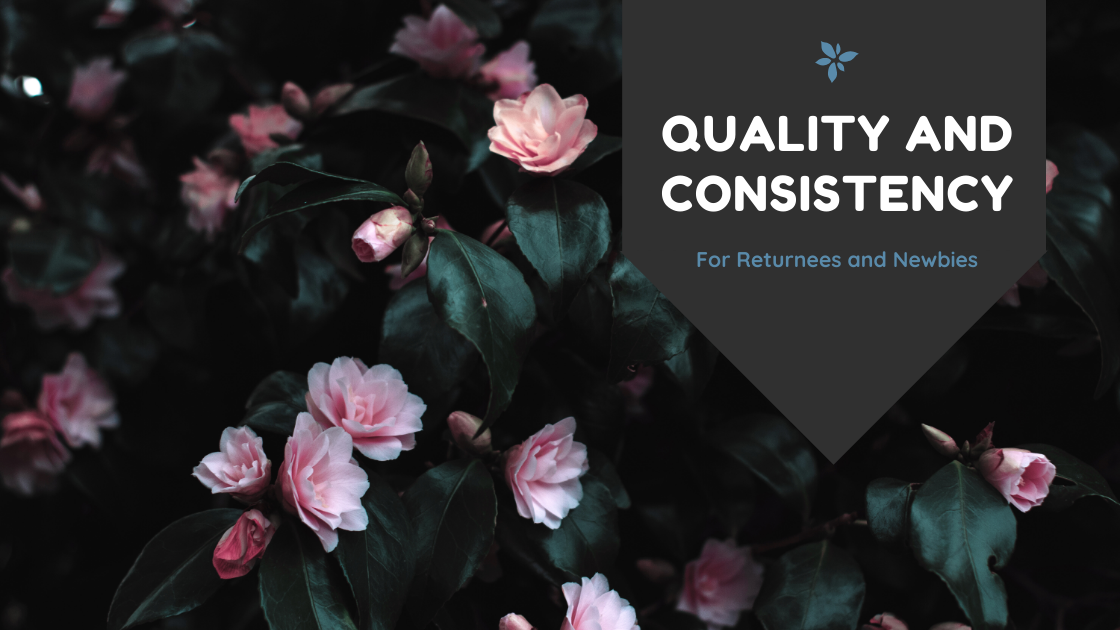 Quality is Rare But Consistency is Rarer
In that post, I talked about quality and consistency. Both are crucial aspects of your Hive experience. First, you need to elevate the level of quality in your posts to get noticed. Once you're done with that, which means people have started to notice your posts, it's time to be consistent. Consistent posting of quality content is difficult to especially when autovotes started to come in. People tend to get lazy and post crap because they thought they already get that support. Get over that laziness and strive to continue posting quality content regardless of how many autovotes you get. 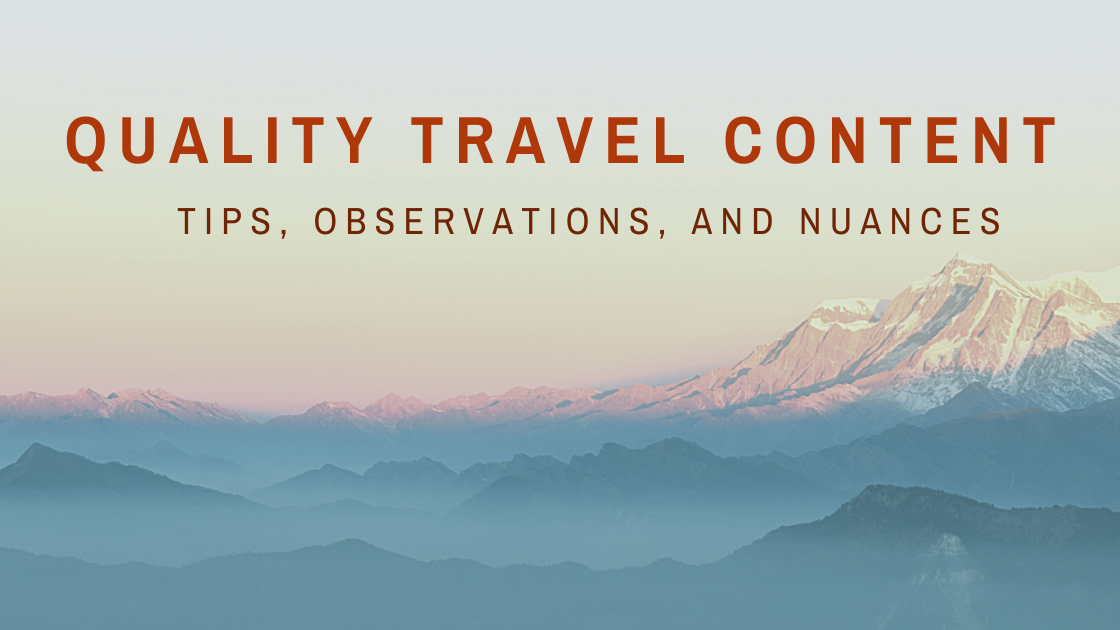 Quality Travel Content: Tips, Observations, and Nuances
I wrote that because I got a lot of comments at that time that are asking for tips on how to post quality content. I don't want to sound like an expert, but I also want to share my observations so I decided to post something I'm familiar with. That's why I post some observations about quality in the context of travel. First and Foremost: You're A Hiveian When You're In Hive
Image courtesy of @/doze
In that post, I wrote this:


This final post that I will be sharing was my take on #thriveonhive challenge:

How to Really Thrive in Hive
In that post, I decided to deviate from the challenge of copy-pasting a format and make something like my take on how to really thrive in Hive. I think I can post something like that with authority because I am still here even if most of my friends are longer active.


Have you observed a pattern here?


Based on those posts I shared, I listed four (4) items you can't fake. I mean you might have fooled many because you might be very good in acting, but you can't fake anything to yourself. Pretending is so taxing that you'll eventually get exhausted and you will just give up on your own.


Here are the things you can't fake: 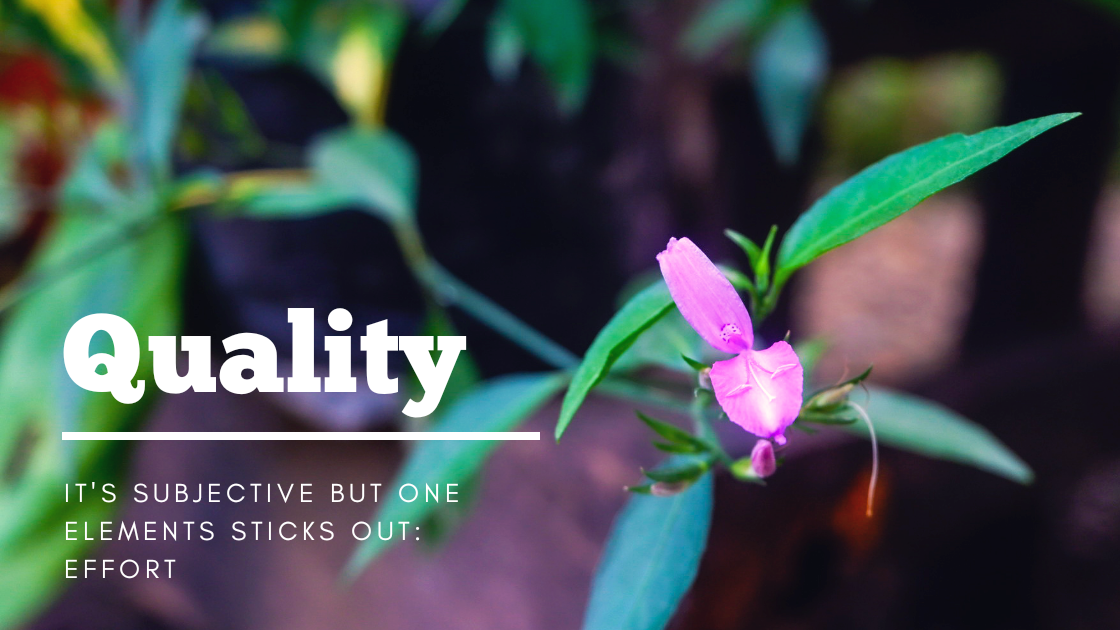 Quality. It's easy to spot. It's either you have it or you don't. Quality might be subjective, but there's one element that always sticks out: effort. Posting here takes a lot of effort. One of the many misconceptions I had before was that I can post anything I want and I could still earn, but that's not actually true. Yes, you can post anything you want, but the earning part is a different matter entirely.


When I started posting, I initially thought I had quality in my posts. As I compared my posts to those curated by @curie, that was when I was slapped by reality. My posts before had a stench of mediocrity. From then on, I decided to take conscious effort. May it be in formatting my posts, editing my photos to make them presentable, or researching more about the topic that I want to discuss, I made sure that I will put something here that I could be proud of. Posting for the sake of posting or for the sake of the rewards is problematic. Problems related to quality will eventually catch up on you.


I'm still grinding today as I did years ago. I'm still making sure that my posts are of quality based on my own set of standards. Even if you can say I now have solid support, I can't afford to be mediocre. Again, quality takes conscious effort. 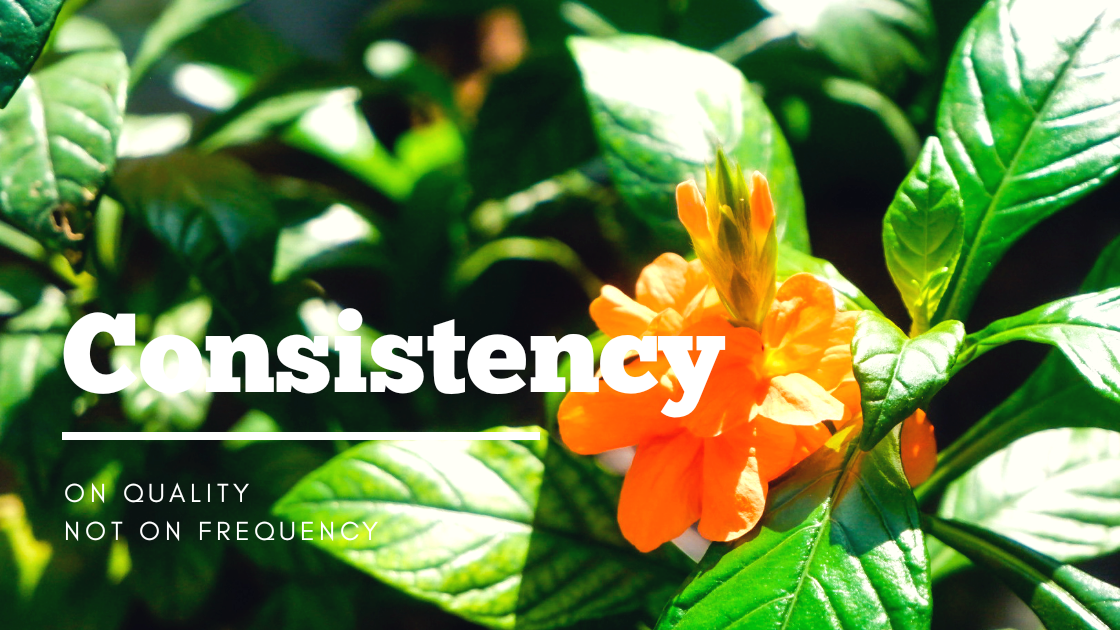 What I mean about consistency is the consistency in the quality of your posts and not the frequency of posting. The latter can be easily faked as I can post five times a day to say that I'm consistent in posting, but the former is difficult especially when money is involved.


I don't know, but I guess humans are wired to be lazy. We always wanted the shortest and the easiest path. We invent things just to make everything easy for us. While it's not really a bad thing as it inspires creativity, it just doesn't work here. Since this is a social platform, it values genuine human interaction which is my point in the next item.


It should be easy to maximize rewards especially if you have gained some solid autovotes, but at to what expense? To the expense of the quality of your posts. Keep on grinding, keep on improving, and keep that quality in your post to the highest benchmark. 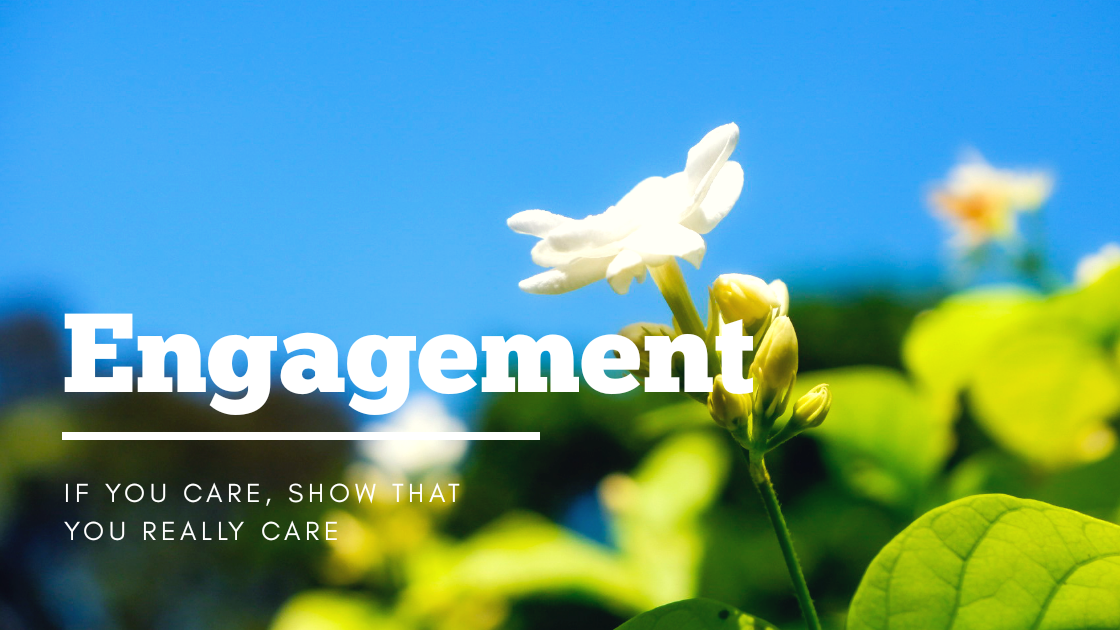 This one's difficult to detect in other people if you're not perceptive enough, but as they say, scums always float to the surface. There will always be that feeling that something is not right or something doesn't add up. We are competing for attention here and there's no room for inauthentic behaviour. When people start to feel something doesn't add up in you, they will pack up and leave.


I think that's how anti-abuse people do their investigation at first. They will dig further on things that don't add up. When something's not right, it doesn't matter if there's no evidence yet, it always means you're hiding something. This one's a battle against yourself. Maybe no one can really say you're committed to something other than yourself. This will just manifest in your actions sooner or later. You might have deceived someone, but you can't deceive yourself when it comes to commitment.


Saying that you're committed in Hive and yet you and powered down and cashed out every reward you get? 🤔 Something doesn't add up. While your rewards are yours and you can do whatever you want with it, increasing your stake actually shows that you're committed even if you don't declare it to the world. It means you believe in Hive's potential and you look forward to its success in the future.


There were those who said they're committed about Hive and they wanted it to succeed but ends up being entitled. Once someone talks about the price of HIVE and ended up lambasting the witnesses and questioning why the price is tanking, that's a red flag. You can't say you're committed when all you care is the price. I mean it's okay to evaluate the price from time to time, but it's ridiculous to have it as a single metric of success of the platform. If you're committed, you will still build your name here.
I'm posting this because there seemed to be a disconnect between people's expectations and what's really happening here. A lot of those who came and leave have this misguided expectations. They ended up faking everything, including their interactions here, which eventually lead to them leaving this place.


I have to be honest that I also had those outlandish expectations before, but I confronted my feelings about them. I decided to be upfront and authentic to myself. When I don't feel like posting, I didn't force myself to post. Even now, when I'm relying on my earnings here in Hive as my main income, I still don't consider it as a job. I don't post everyday, but when there's a surge of inspiration, I grabbed every opportunity to post.


I survived this long because I am not faking anything. I don't care if I'll earn or not. That's how I made a brand out of myself. I put my reputation out there for the world to scrutinize and I bet every bit of my actions based on the idea that everything I have now could be lost by one wrong move.


People can see if you're faking or not. The moment they sense that you're not being true to yourself, they will stop caring about you. People also don't care about your post if it looks like Wikipedia. They want to consume your personal flair, your take on the topic you discussed, and your emotions while drafting your post.


My travel posts rely on positivity and the overall good experience about the place I've visited so I don't post if I'm sad. One more thing: I rarely comment on others' posts but when I do, I made sure to read everything. That's my way of showing I truly care about their post.


Just be yourself. Don't try to be something you're not. 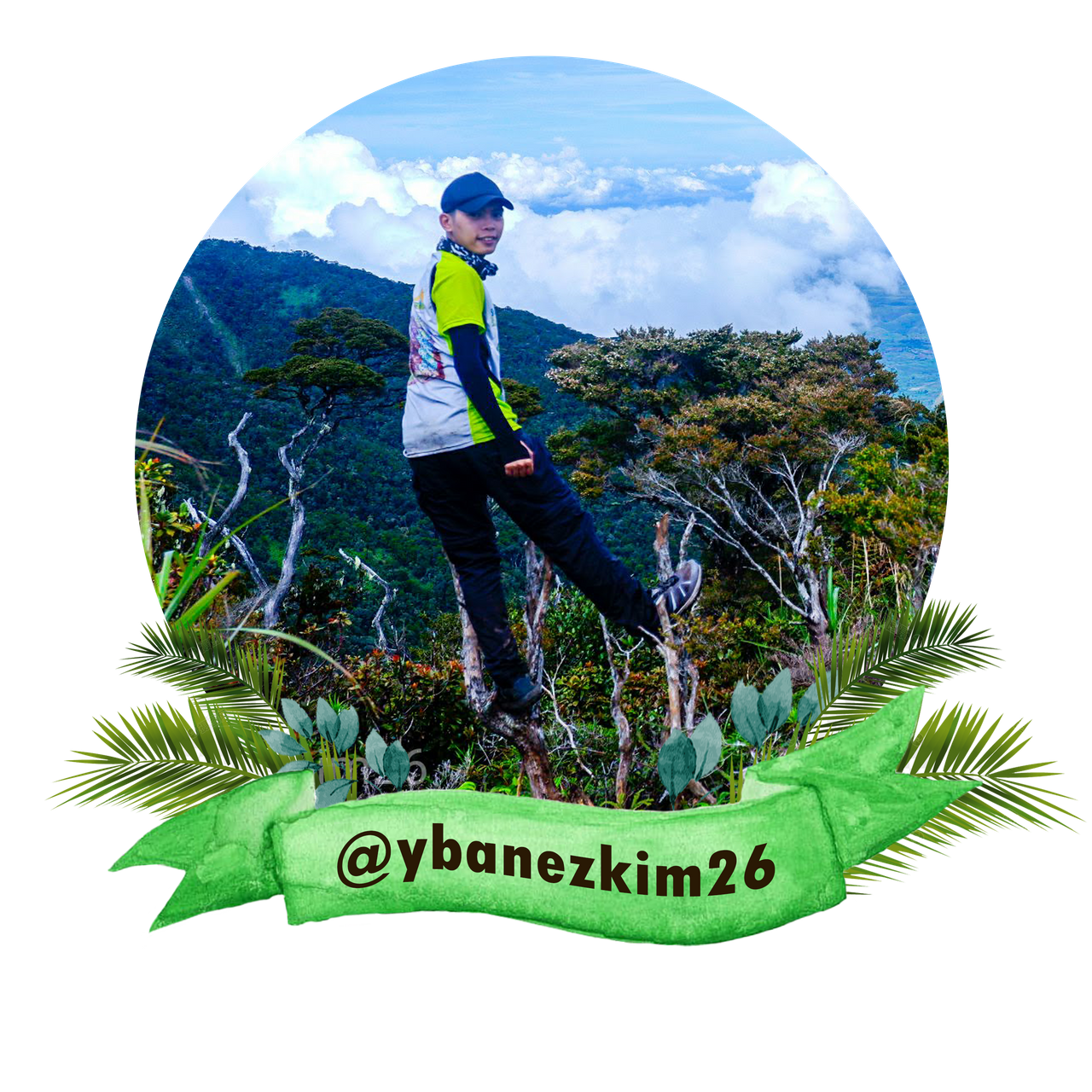 Welcome to Kim's small corner in Hive. He is a chemical engineer by profession, but a blogger by passion. He is a wanderlust and an adventure seeker. Join his quests as he visits secluded destinations, climbs mountains, tries new and exotic dishes, and explores his country (The Philippines). He's also a trying hard photographer so stay tuned as he shares his photos and his thought process while creating them.