Here are some highlights to support my analysis: Rumors sent Bitcoin to $40K. It is just dangerous as rumors did. Nothing good news here but just speculation pumps Bitcoin in short term gain but not sustainable in long term.

The South Korean government is looking into tax codes to seize crypto assets held in tax dodgers’ wallets. Government sees crypto as revenue generating resources and they want to be part of it. To do so, the government starts evading individual accounts. Last month, nearly $50 million in crypto was seized. Will that be the future of the other countries to follow? I hope not.

Stablecoin is facing an existential crisis. Yes, DOJ has called Tether out and they will face bank fraud accusations. It is very serious because unlike Bitcoin runs on itself with blockchain, stablecoin runs on top of unknown assets that are under SEC regions. It may directly or indirectly affect cryptomarket into a fearful uncertainty environment. And the CEO of Tether warned it will plumb the cryptomarket if something goes wrong on issuance of Tethers.

Binance faces serious scrutiny from European regulators and they are likely to comply with paying more taxes which means higher fees for users to trade from their platform. Their profit diminishes and their advantage becomes less and less. Personally, I do not like their business model as they are as centralized as they can to operate. No advantage whatsoever of using their platform.

Also, if you have any suggestions, please do not hesitate to let me know!

Thanks for reading and see you tomorrow! 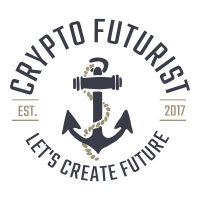