Despite its relatively high price, both miners and gamers are buying the new Radeon RX 6600 XT like candy

AMD yesterday unveiled its smallest video card ever based on RDNA 2. Based on initial tests, the Radeon RX 6600 XT appears to be competitive, with display speed and efficiency on par with both the GeForce RTX 3060 and RTX 3060 Ti. The only problem is the pricing, which is extreme, as has been the case this year.

AMD has set a net suggested retail price of $380 USD for its latest product, but this is not being taken seriously by its manufacturing partners and retailers. Asus, for example, is offering a slightly overclocked version of the GPU for nearly 50 percent more, at $550 USD net. Dealers are of course adding to that. Asus' product in question, for example, is being sold in several online shops with a 25-27 percent margin. At the same time, the price of the mid-range video card is about 70-85% higher than AMD's recommended retail price. 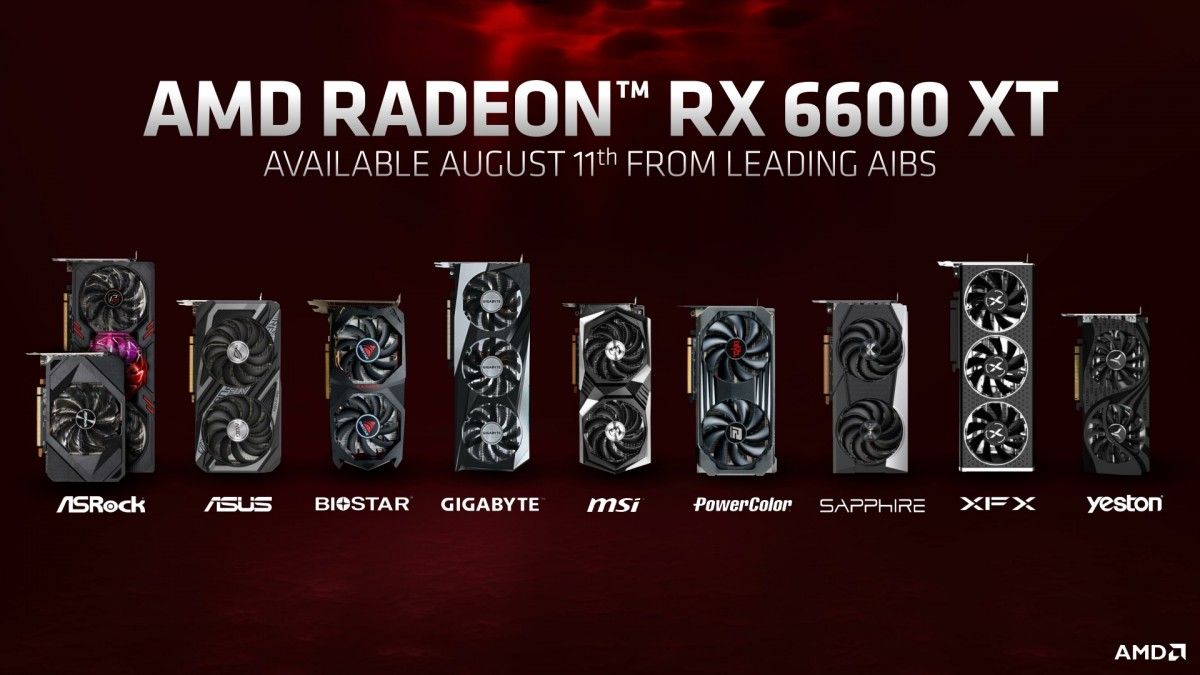 The reason for the ridiculously high margins is still the very limited stock and the positive features of the Radeon RX 6600 XT. According to Tom's Hardware, the well-known Micro Center in the US received just over 2000 units of the first shipment. Within hours of opening, there were only a few dozen video cards on the shelves, meaning that despite their relatively high price, the new Radeons sold out at a lightning pace.

According to the magazine, this is expected to continue for the next few months. The RX 6600 XT is not only a good choice for gaming at Full HD and WQHD resolutions, but also for mining. Although the video card can only deliver roughly 28 MH/s under Ethash, it only has a 70-75 watt dissipation. This is an extremely favourable power-to-consumption ratio, which makes the RX 6600 XT outperform the GeForce RTX 3060 alongside the Radeon RX 6800.