Bitcoin Dominance, Is It a Thing Of The Past?

Bitcoin domination is described as the ratio between the market cap of Bitcoin to the rest of the cryptocurrency markets. The chart above is from coinmakretcap and today's number is 46.5% and trending down. 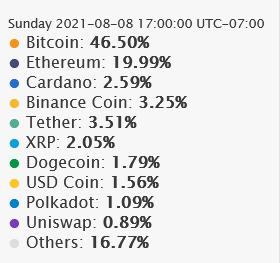 In the early years, Bitcoin was far and away the largest cryptocurrency - and one of the few in existence - its dominance was much closer to 100% than it is today. However, the Bitcoin dominance dropped significantly as new cryptocurrencies were created and now I wonder if we are experiencing a full bull season with most new money going into Defi, ETH, and NFT sales. While Bitcoin in all it's decentralized glory, seems a bit boring to newbies as they enter the crypto space.

Out of the top 10 tokens, Doge, BNB, and Cardano have all outperformed Bitcoin

Everyone is waiting for Bitcoin to take back off, but depending on when and why you got into crypto, does bitcoin still hold the same appeal to new crypto users as it did to the early adopters?

I know for now deeply interested in DEFI, I love my Bitcoin and it has it's place, but dang its just sitting there in a wallet, while even my CUB is building in the form of passive income.

Many of the former big crypto accounts that I follow on Twitter have been tweeting exclusively about NFTs.. Punks, Penguins, Rocks, Cats.. Etc.

Even DOGE is treading on BITCOIN with Elon's push for DOGE being the people's crypto, young and new users might never see the exclusive benefits of Bitcoin.

While crypto goes mainstream the idea of unregulated, private money that is decentralized and impossible to control might be a message that is lost on many new crypto adopters.

Don't get me wrong, Bitcoin is by far my biggest holding, but I am starting to wonder in the wild new world of crypto if Bitcoin becomes the "old boring crypto".

One last point I think the price is a determent. I've said it before, but no one wants to find out they can buy .0002 BTC and if they had that choice or several thousand DOGE, it's not hard to imagine what many would do. 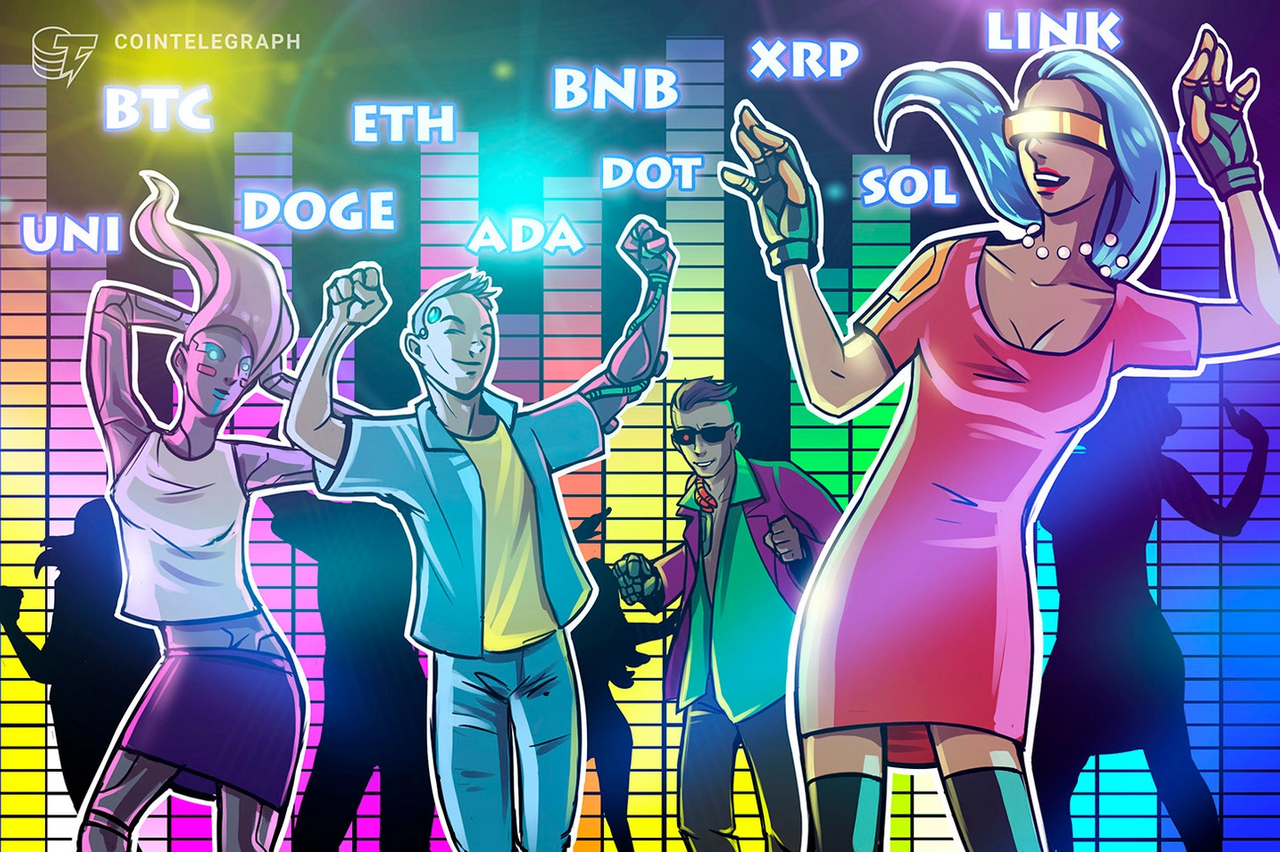 I'm not saying it's a smart decision, but people are much more impacted by emotion than they realize.

BITCOIN will likely remain king for many of us who came to crypto for specific reasons, but I don't think that story line plays well to many mainstream investors entering the scene who aren't concerned with privacy and decentralization.

What do you think>
@whatsup