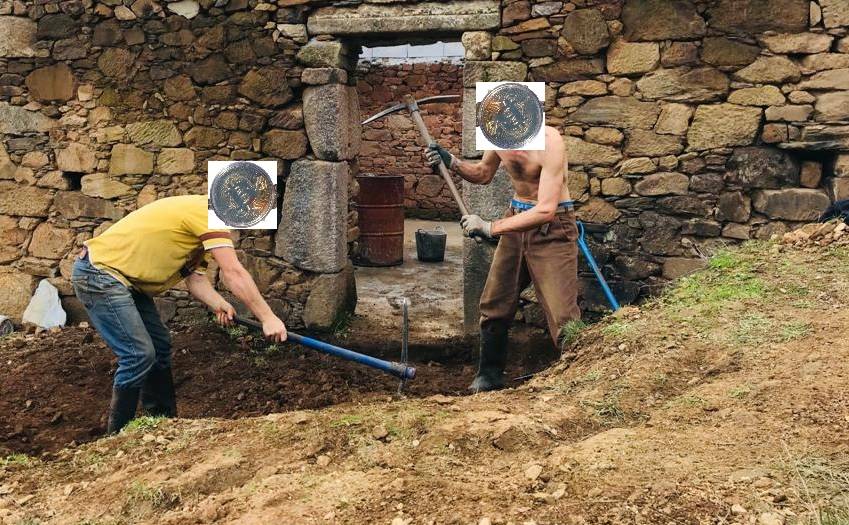 This write up isn't about James Bond, nor is it financial advice. It might be a fun ride though...

This morning, during breakfast, I felt like watching a cartoon. The aim was to energize myself with a dose of 1980s nostalgia. I picked DuckTales ( a show that was apparently released in 1987, 33 years ago ). Being born in 1981, DuckTales sure puts a smile on my face. It all starts with its opening tune a serious earworm.

I decided to give the very first episode a watch, titled "The Treasure of the Golden Suns - Don't give up the Ship".

In case you didn't know, Scrooge McDuck plays an important part in this show and you see him diving and swimming in his pool of golden coins, at the start of every single episode.

Yesterday night, I continued reading 'The Treasure of the Sierra Madre'. I mainly started reading this book because I was interested in the story and knew that there's a famous Hollywood movie adaptation of it. I might have studied film in University and have watched over five thousand movies, sometimes there's classics that you don't get to see. This is one of them.

If you're reading this and you've seen the movie, let me know how you liked it in the comments.

Back to the novel...

I actually just found out that it has been written by a German writer named B. Traven - identity unknown - and that it was originally titled "Der Schatz der Sierra Madre". Although I tend to read books and watch movies in their original language ( and I speak German ), whenever I can, I'm reading this one in English as I found it on my E-reader.

While reading a couple of chapters today, I couldn't help but feeling a lot of parallels between the times of the Gold Rush and gold digging in general and mining and buying Bitcoin.

Let me be clear here, the actual gold digging was extreme and often very dangerous labor ( and this is still going in, of course, with precious metals under extreme circumstances ) but the point I wanted to make is that there's a kind of addiction to Bitcoin and the world of crypto currency in general. There's a feverish attraction to it. It's an entirely different space and the work that is being done there is miles apart from manual labor and the so called 9 to 5, Monday to Friday day job.

Anyhow, you gotta love these parallels. I sure do and I'm finding so many of them in this book. I don't think it's a coincidence that I'm reading it right now. In fact I hardly believe in coincidences but that's an entirely different story.

Let me end this post with a quote from The Treasure of the Sierra Madre that I'm sure many of you can relate to ( I sure can ):

"It was not exactly the gold alone they desired. They were tired of hanging around waiting for a new job to turn up... A change was what they wanted most. This running after jobs could not go on forever. There must be some way out of this crazy-go-round."

Do I need to say more?

Suffice to say that I'm so happy I escaped the system / my 9 to 5 ( that was way more than 9 to 5 ), four years ago. The world of cryptocurrency is far from easy, let alone for someone who isn't that tech-savvy, but it's downside sure is compensated by all the advantages and especially the oh so important freedom and much needed excitement over the future that it has given to me.

Watch DuckTales and loads of other classic and newer cartoons here

The image above this post shows a friend and I mining Bitcoin last Friday. I'm still recovering but have no doubt it will be worth it in the long term.