Where does the value of HIVE (the token) come from?

There are many ways you can actually differentiate cryptocurrencies from fiat money like the US dollar bill. One of which is the controlling entity of each party that issues financial policies that can leverage selectively or aim to target some personal monetary interests, the government for example. But cryptocurrencies are resistant to a government ruling, it does not follow any government law in terms of its protocol. As a matter of fact, cryptocurrencies tend to disrupt the global monetary imbalance the world has been facing.

Another thing is that unlike fiat money that can be printed easily, cryptocurrencies have a fixed-rate issuance of its supply and most of the time has its maximum supply set until it stops issuing tokens/digital coins. Bitcoin is the perfect example of this, with its maximum supply capped at 21 million, price appreciation is very clear on its path.

But contrary to all differences we have thought between cryptos and fiat money, there's one sure thing they both possessed - its inherent value. Both crypto and fiat don't have intrinsic value. Though they are widely accepted in their respective uses, the former is on its way to mass adoption while the latter is on the brink of collapse. 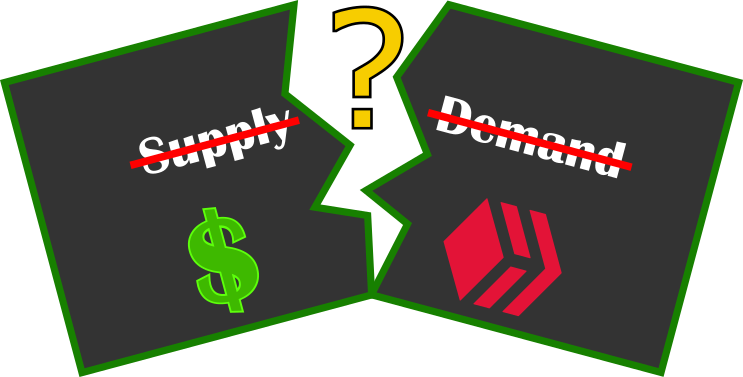 What about the value of HIVE token?

The value of a cryptocurrency, in this case, HIVE, should not only be based on its supply and demand relationship. There should be a tipping point where investors gave the initial value from the start despite having no inherent value at first. On much easier thoughts to understand, investors simply hedge their trust to extract the value of the Hive tokens.

Simply put, we believe that Hive has value because we trust the nature of its existence and its real use-cases. Similar to fiat but with the fact that we are forcibly used to believe by the government or the feds that it has value. Hive is valuable because we, the community chooses to value it and only to that extent.

But what makes us believe Hive is valuable?

Hive promised us to be disruptive against fiat and beneficial in terms of the following keys:

All those aforementioned benefits from Hive have a corresponding additional value on top of the current value of its token when it's properly developed, adopted, and maintained.

From the start of its inception, the Hive's value has been determined by the whole community supporting it. It will always be on what does the community sees outside the financial spectrum that hive offers. We can say it is because of its superiority against other cryptocurrencies in terms of technology and governance.

Imagine if there will be more believers of Hive seeing that there's more value to it aside from being a governance token? Then we can build more potentials in the platform that leads to price appreciation in the future. Again, it will always be up to the community to put a stronghold on Hive's value.

Featured image was made/produced the author.