Are you still struggling to earn your first free cryptocurrencies? For how many months or years you have wasted of participating in crypto airdrops, are you willing to spend more time just to earn more?

You decided to buy cryptocurrencies but you end up giving them to scam ICOs or spending them to free-to-play blockchain games hoping that you'll get something like a return of investment. You patiently staking your hard-earned crypto but, is it worth the time to stake while everyone's dumping their bags?

A 5 to 6-year cryptocurrency enthusiast could relate a lot from those statements above. But what if I'll tell you that there's still one piece missing from the crypto pie? What if there's an existing blockchain that not only do all these free crypto stuff but also offers a unique way to earn cryptocurrencies? Would you be interested to find out? 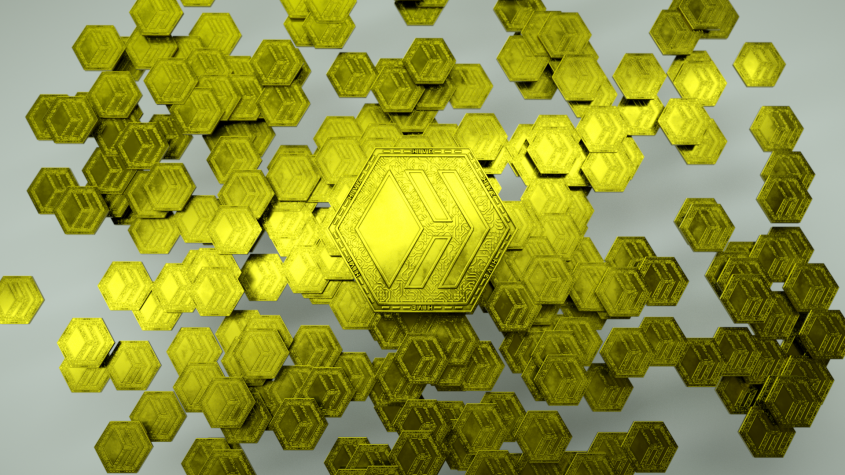 Image created by @midlet
Hive Blockchain is a decentralized social media and an economy of content creation and consumption. It primarily offers a hard-to-tackle anti-censorship feature that creators commonly experienced in traditional media outlets. It boasts its capabilities as a fast and scalable blockchain solution for data storage, transaction time, and decentralized application management. It is fueled by content creators, marketers, developers, businessmen, artists and idealist that are incentivized with Hive tokens. It is so powerful that it can disrupt centralized entities and minds around the cryptosphere.

There are more ways on how to earn your first hive tokens which will be discussed later on but the main topic of this post is how do content consumers earn the hive cryptocurrency.

Consumer Rewards or commonly referred to as Curation Rewards are rewards distributed to the consuming party that valuates a certain content in the blockchain. It is an integral part of the reward system of Hive that not only the content creator gets the whole pie of the token but also, the content consumers.

Is consumer reward available from other social media? Let's take a look.

It clearly shows that currently, traditional social media does not support any reward mechanism other than likes or boosting someone's ego on their platform for both content creators and content consumers. While on the other hand, Hive offers a fair distribution of rewards for both users and thus, making it the only blockchain out there that supports this kind of token distribution.

Here's an image that
shows the distribution
of rewards on one of
my posts.

As you can observe on that snippet, 50% of the total payout goes to the author of the post and the remaining half goes to all curators who consumed the content. Consumed by understanding, means that they have read the content inside the post and evaluated it by giving likes in the form of upvotes.

Moreover, consumer rewards are given to consumers in a form of staked Hive or commonly known in the blockchain as Hive Power. Furthermore, these Hive Power being distributed can be converted into liquid Hive which then you can opt to sell in the market, exchanges trading Hive tokens.

The consumer rewards are not evenly distributed to the curators/consumers instead, it's proportionally rewarded base on how big their stakes(Hive Power) are and how early they upvote the content. Those are the main parameters of maximizing consumer rewards on Hive. Some of the minor ones include how frequently do you upvote in a day, whether the post you upvoted goes into trending or will it earn more value after you have given yours and front-running auto upvotes from other users. More info about autovoting in Hive.

For me, consumer rewards are similar to rebates or loyalty bonuses of customers from the products they purchased or used but with slight differences. Particularly when we compare their rate of return, a rebate, or a loyalty credit will give consumers roughly 2-3% of their total cost while on Hive blockchain, the consumer will get a more or less 60% of its total value given to 100% if the game theory of curation/consumer rewards is executed well by the consumers. Other ways to earn Hive cryptocurrency:

Posting - It's the most basic and common operation in Hive that the users may get rewarded. But posting content on Hive does not guarantee you in gaining Hive tokens but constant interaction and consistent contribution of quality content to the platform will take you to the rewarding stage. There are a lot of manual curators in this community, worry nothing about being ignored.

Running a Witness - Witnesses or Hive block producers run the entire network of Hive Blockchain. They provide the security needed of the network especially its governance. Running a witness account will give you Hive Power as a reward. You earn more if you are in the top 20 witnesses ranking.

Staking - As I have mentioned, staking is similar to powering up your Hive tokens and turning them into Hive Power. Aside from getting the consumer rewards from upvoting content, your hive power increases at an APR of approximately 3.00% as long as it stays staked. That's 12x more than bank rates. To Filipino Hivers, If you haven't already, we are inviting you to subscribe to Hive PH. We encourage you to post through the community as well. Don't forget to follow Hive PH trail on hive.vote as well. Chat and interact with our fellow Filipinos in our Hive PH discord channel.