How will the changing demographics affect things economically?

This is something many people are starting to ponder. Will things operate like they always have or will there be a change? 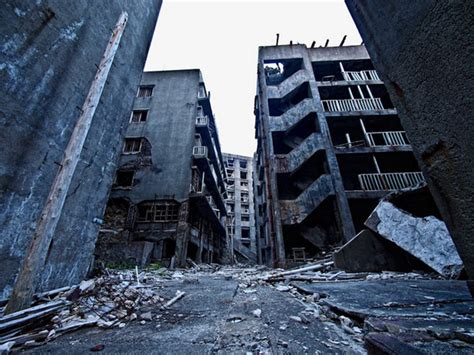 What is not up for debate is that the population growth in 3 of the top 4 economies is likely topping. China, Japan, and Spain all face aging populations, a dilemma which nobody figured out a solution to. For China, this is the fastest aging population in the history of the world. How will it fare economically going forward?

One variable in all of this is automation. We are getting close to the point where major productivity gains can be realized through the implementation of AI and robots. This is going to be needed.

Many countries are facing the situation like Japan witnessed. Not only has their population flipped, meaning there are less workers to provide for the older people but also the total number of Japanese citizens declined. This is expected to last throughout the rest of this decade.

China, according to many, is seeing their population peak. There is nowhere for that country to go but down. The country stages the fastest urbanization move in history. What took the United States 7 generations was accomplished in 35 years in China. That country moved a greater number of people from rural to urban areas than exist in the entire United States.

This is causing a major problem as fertility rates are plummeting. Here is where major advancements in automation is required. Without it, China (and other countries) will find their economies crashing over time as the productivity decline takes hold.

The sweet spot for any nation is to have a thriving, young workforce. These people adds to benefits economically.

An older population does not produce. They are retired or only working part time. This means the overall output drops. That is offset by the fact that older people consume less. This means there is equilibrium in the economy. Nevertheless, there is a negative hit on the economic activity, driving everything further down.

Unfortunately, many of the developed countries find themselves in this situation. Their native fertility rates are far below replacement level. This means that their populations are to decline if things remain on course.

Countries facing decline in economic output due to fertility issues have only a few options:

The first thing are attempted across the world to varying degrees. Sadly, there are challenges with each.

Fertility rates are not easy to reverse. This is often tied to the shift to urban areas. Here kids become a major expense. Hence, young couples are apt to have less children since their cost of living is already high.

Working longer can be a solution yet it does cause issues. Older employees are less likely to change or embrace new ways of doing things. They tend not to be technically adept meaning they are outdated already. Finally, as the body ages, many jobs simply cannot be done any longer.

Immigration is a terrific solution for a generation. Bringing in newer people can instantly add to the population and lower the average age. The challenge arises when the next generation comes around. Studies reveal that immigrants end up with a fertility rate of the country they moved to, not that from where they came from. Hence, the burst is short-lived as their kids end up mirroring the native population.

This leaves automation, a topic really not discussed to much as it applies to this problem. Both China and Japan are doing their best to automate as much as they can. This certainly can keep productivity up which will alter the economics of a given area. It still does not answer the consumption question yet it can provide the goods and services people need (if it advances).

Expect to see a lot more discussions on this subject. The number of people in many parts of the world is in decline. There will be a migration of people as countries look to get more younger workers in. However, as the countries they come from advance economically, they will see their fertility rates drop also.