Metaverse: Will Make The World Unrecognizable

We often discuss how the world is rapidly changing before our eyes. While it can be difficult to see on a daily or weekly basis, when we step back, it becomes clear how much things are being altered.

Consider the last 18 months. Certainly, the situation with COVID changed a great deal. We only need to look at the remote work situation to see how society is transforming. Many are trying to apply traditional thinking to what is going on. Why is there such a worker shortage? How come people will not return to the office? All of this shows how those asking the questions are missing the change that is occurring.

Next we simply consider the tentacles of this alteration of society. How many businesses and industries are affected? It is something few started to focus upon outside real estate. Nevertheless, many still hold the belief that things will "return to normal". 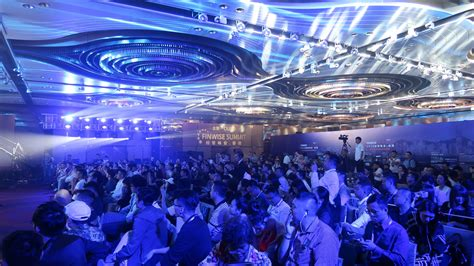 The Metaverse roughly means beyond everything. This is the epitome of a game changer. Most aspects of life will be radically altered. The new normal is really just a phase on the path to something immersive and greatly more expansive.

It is going to affect how we work, learn, interact, socialize, and are entertained. The virtual world will combine with our physical world. We will not be relegated to simply one "life". In fact, we can be whomever we want, experiencing things from many different angles. As we see with gaming, the progress towards more enriching experiences is being developed.

Speaking of gaming, think how large that in. When we look at music, Hollywood and other film industries around the world, all of them combined are dwarfed by the revenues from gaming. We often refer to the gamification of everything. That is why it only makes sense that much of this will be build upon gaming architecture.

There is little doubt the Internet already changed the lives of a large portion of the planet. It is near impossible to operate in the developed world without being online. This is especially true if one is in business. Those who are averse to this are finding themselves left out in the cold. Over the last decade, engaging with the Internet is a must in most fields.

We are entering a period in the next half decade or so where the Internet is going 3-D. The age of screens, at least how we know them, is going to be quickly eradicated. Between VR technology along with holograms, we will see more emerging that is not designed for the 2-D realm. It is here where the bridge between the physical and digital begin to merge.

These are just the early stages.

Right now it is difficult to see what truly is taking place since we are in the stage of having to develop the infrastructure. For the moment, and next few years, everything will be scattered. Progress is being made on many fronts yet is disconnected. That will cease to be the case as different aspects converge over time.

Many have latched onto the term "Metaverse". This is creating a great deal of hype. We already see articles espousing how to invest in Metaverse companies. Do not buy into any of this. This only creates the situation where a hype cycle emerges which ultimately leads to a crash. We saw this wen Snap, Inc went public. Many Wall Street people were claiming it was an AR play. Sadly, we were a long way from AR becoming mainstream.

That said, the progress is legitimate. What is taking place is just the foundation. We are more than a decade away from anything even resembling what the true Metaverse will look like. That does not mean, however, that great strides will not be seen in the next few years which will change our lives.

We are starting to see this within the blockchain and cryptocurrency world. This, too, is in the formation stage. Yet, we already see some of the potential, especially from the financial perspective.

There are some large numbers thrown around which baffles people completely. They find them unbelievable because they does not mesh with what they know. We all establish baselines that our minds can find acceptable. When things are outside of that, it is not congruent.

The key here is economic output is going to be enormous. Just like the Internet pushed us into an entirely new economic phase, the Metaverse is going to do something similar, only orders of magnitude greater.

Entering the digital and virtual world basically removes limitation. There will come a day when age, gender, race, or anything else is not relevant since one can be anything he or she wants. We are in need of different privacy layers as well as some form of digital identification. Those will come as more developers get involved.

With the virtual, many of the "laws of limitation" cease to exist. In the physical, there is built in scarcity since dealing with atoms is not easy. Building and manufacturing stuff can take a lot of time. In the virtual, it can be instant. This is also something that is increasing as computation gets faster and software improves.

The Metaverse might be two or three generations of the Internet in the future. In the meantime, we see blockchain as a foundation that, when coupled with cryptocurrency, creates an entirely new economic platform that is based upon abundance. 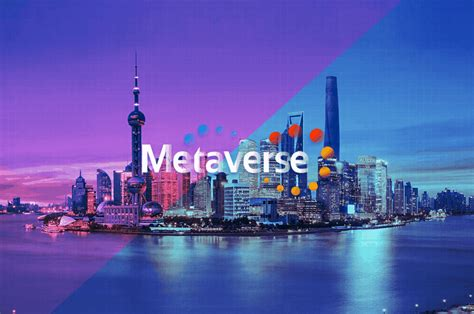 Again, this is a concept that many have difficulty grasping since we are reared in a world of scarcity. However, data is showing us how this is the case.

Consider for a moment that we keep generating more data each year. In fact, it is growing at a rate, according to some, that doubles every year or two. This means we have growth at an inflating rate. However, does that make the data less valuable since there is more of it? Think about that for a moment. If the data is expanding at such a tremendous rate, wouldn't the value of it be less? After all, we are reared to believe that value comes from scarcity.

Yet the opposite is true. Even though we produce a lot more data than 5 years ago, it has more value today. We are able to apply it to edge cases. The computers that process it are more powerful. We are able to clean it up to get superior results. Combine all of this and we see why data just keeps increasing in value even though the amount of it grows exponentially.

That is a Metaverse concept. We are going to see this same situation applied many times over. Value will grow as abundance sets in. Few realize this since they view economic and financial matters through a scarcity lens. The lesson from data is failed to be realized.

Expand this idea to experiences. How much value is there in experience? Consider the entire travel industry. Why do people travel? In general, it is for the experience they receive. Obviously, we are dealing with an industry that is worth many trillions of dollars. What about movies, sporting events, gaming and a host of other things we engage in?

In the end, it is nothing more than experience we are after. When the event is over, what are we left with? The memory of the experience.

That is what we are heading towards. The Internet is going to be transformed into something that is experiential. Couple this with the abundance that comes from technological expansion and we can see how the limitations are removed.

All of this will make the world, as we know it, unrecognizable.

Other articles pertaining to the Metaverse: