For a long time, I felt that cryptocurrency needed to transition from simply a mechanism to speculate upon to one that actually invested in projects that seek to solve real world problems.

In this article we will cover how we might be seeing this evolution start. Please keep in mind this is not an endorsement for the blockchain project nor what the money was raised for. 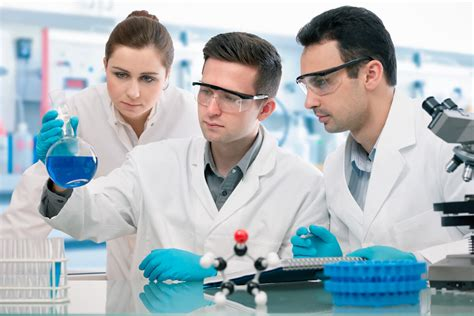 Pulsechain is a fork of the Ethereum blockchain. It was put together by Richard Heart, a figure who elicits some controversy within the cryptocurrency arena. Whatever the views on him, there was an event that is foretelling of where we could see cryptocurrency going.

The SENS Foundation is a research institute dedicated to finding ways to slow down the damage done to the body through aging as well as repairing that damage. Some term this longevity research.

It is set up a non-profit for tax purposes, hence this could be looked at as charity. Using cryptocurrency for charity drives was undertaken. This is a bit different in that Sens is a research foundation that publishes results of its work. Other institutions can pick up on it and use it to further the cause.

Using Pulsechain and the token associated with that, more than $25 million was raised in just a few days. This is a significant total considering that the yearly budget for the foundation is roughly $5 million.

Since the network is going through its airdrop, basically it was designed that donors to SENS would receive tokens in return for their donations. The project was set up so that the amount of tokens received would decline over the course of the raise. This was to motivate the donors to give larger, earlier.

The key is the impact.

Here is what the Aubrey de Grey, founder of SENS Research had to say:

"This is something that is completely transformative.

"It is going to allow us to move considerably faster to getting towards a post-ageing world, it is just amazing!"

Aubrey de Grey added: "We have been having a very good year with income, a big expansion of our activities is coming.

"Thanks to the PulseChain Airdrop, those plans are going to explode into another level entirely."

We are a technologically advancing planet. This is something that few can deny. The breakthroughs we are seeing are incredible.

The challenge is that what goes into arriving at the breakthrough is an expensive proposition. When we factor in all the technological, as well as medical, material, and even space, research, we can see how it runs into trillions of dollars.

Presently, we see this realm monopolized by Venture Capital firms and tax supported grants given to Universities and other non-profit entities. The first pulls the financial benefits to a small group of entities while the later uses tax dollars, or more accurately debt, for funding.

Neither of these are attractive propositions for the populations of the world. However, the research needs to be done and someone has to pick up the tab. Since it is getting to be such a large tab. we are seeing only the biggest able to fund these things.

It is no wonder that mega-technology companies keep getting more powerful. In many ways, they are the only ones (or one of the few) who can afford the large price tag. Smaller companies and start ups have no chance.

This is where we can see cryptocurrency making a major difference. We have the ability to "create money out of thin air". Since we see the same in the present system, the key is we can distribute the benefits much differently. Instead of VC firms taking the financial gains, through tokenization, funding can be set up in a way that provides "ownership" to the masses. Under this scenario, anyone can join in.

Imagine the possibilities that can come from this. The market can dictate where money goes for research and societal expansion. Anyone who is involved in any research endeavor can tokenize the project and get funded. This puts the ownership of the tokens in the hands of many different people, most of whom are exempt from the present system.

Obviously, like was set up here, a lot of research is a money loser, hence more of a donation. There is not really a commercial use or payback for fundamental research. This is often what Universities do.

Nevertheless, we know VCs make bank from their investments in all kinds of startups. Here is where cryptocurrency truly has the opportunity to change things.

Changing How Things Are Done

This is the grand opportunity before us. In creating a new system, we are not seeking to merge with the existing one. This is what we see being pushed now. Instead, the idea is to replace what is there. Anything that is to survive is going to have to be consumed by what we are creating, not the other way around.

The Internet was not designed to merge with the information purveyors of the day. Rather, it created an entirely new platform which to share information. Some of the existing entities, newspapers and magazines, were able to adopt an online presence. Most, however, went out of business.

As we can see, it was up to the those that were intent on surviving to adopt what was created.

The Tokenization of Everything is a concept that few are just starting to really understand. It provides the potential for cryptocurrency to penetrate every aspect of society. We are just beginning to uncover the power that is in our possession.

SENS Research is headed by one of the most recognized individuals in the longevity community. de Grey is a well known figure in the field and one of the leading researchers.

Certainly, the case could be made that this is not the largest of arenas. Compared to cancer research, as an example, this is small both in terms of dollars and personnel.

Nevertheless, this project that funded SENS is going to get noticed in that industry. Anyone involved will now be exposed to the concept of cryptocurrency and have a real life case for it. As opposed to viewing it as a speculative vehicle, they will see it as a funding mechanism.

This moves cryptocurrency into an entirely new sphere. Here we can see how it can have enormous real world impact and actually be a vehicle for advancing society forward.

Hopefully we will see more innovation in the area of research and development. Society needs a lot of solutions and cryptocurrency can be a major part of the process.