Cryptocurrency: The Best Is Ahead Of Us

Consider this: change in a new phenomena for us.

Let that sink in for a moment. It is only recently that humanity, or individuals, had to deal with great change. For most of history, we had lives that were similar to our ancestors. Then, in the last few decades, we saw advancements that start us on the path that was different from our parents.

Think about how big that really is.

Of course, this is due to technological advancement. However, it is important to remember that it is just getting started. The pace which things are moving puts us on an exponential curve that is really going to accelerate things.

Therefore, we need to realize that, shortly, we will be living different lives every decade.

The smartphone and video streaming were two technologies that made the end of the 2010s much different from the same point in the 2000s. Phones were mostly still for talking in the previous decade. Over the course of ten years, suddenly a large percentage of people's lives were accessed via the smartphone.

Now put that on steroids to see where you are by the end of the 2020s. 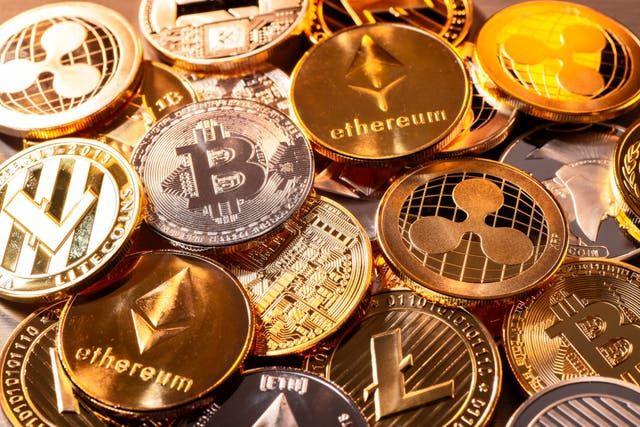 Few look at cryptocurrency as a technology but that is exactly what it is. If we step back from the financial merry-go-round that is promoted by the media and all the casino players, we see something very revolutionary taking place.

Cryptocurrency is the technological advancement of one of the oldest analog systems in the world: money.

This is an enormous breakthrough because there is little in the world that is not touched by money. As they say, it is what makes the world go round. We are still resident in monetary system that determines many outcomes. Find anything substantial that doesn't have money tied to it somehow. It is the basis for most of our power struggles, technological advancement, and even what we think. Those with access to large sums of money are able to do incredible things, both good and bad.

We are heading towards a world where cryptocurrency is going to be ubiquitous. With the tokenization of everything, we will see the 2020s as the decade where it starts to penetrate every aspect of human life. There is still a lot of filling out which needs to be done but we are already headed down that road.

In five years, we will think the crypto industry of today was in the Stone Age.

The reason for this is consider any successful technology and look at how much progress is made in 5 generations. Each year we see cryptocurrency adding more as innovation and experimentation expands.

Our dance with programmable money is just beginning.

By the end of this decade, a world without private money will seem very odd to us. Naturally, this is what we lived with throughout human history. However, as stated above, this is how each decade will be different from the one before.

Today, in most countries, we cannot imagine life without the smartphone. It is foreign to think what things were like before we walked around with "computers in our pockets". Yet, it was not that long ago.

CBDCs are starting to get a lot of attention. It is vital to remember the institutions looking at these are more than a decade behind. Bitcoin is now 12 years old. The release of that sprung a great deal of research that resulted in thousands of different platforms and tokens. Many, especially in the early days, went belly up. That is why we always need to look at this as a technology. In that arena, there are always early failures.

We know public money of this nature is coming. It is guaranteed to happen. We see the research being done. Yet, there is one problem these institutions have: time.

They tend to be very slow. Compared to the world of private money, they operate at a snail's pace. The Fed announced it will release its paper this Summer. In the time it takes them to do this, the private realm will simply spin up applications and release some code on the world. It is real-time experimentation.

Many fear the tug-o-war that they conjure up in their minds. While governments are known to exert control, they already lost this one. Simply put, they can not out tech the techies that are already involved in the cryptocurrency industry. This is a group, by the way, that is growing on a regular basis.

Each day, there are developers all over the world hacking away at code. Combined, they are creating one of the most complex systems we have developed as humans. This is going to be far bigger than the impact of the Internet, because as mentioned, it instantly touches most everything in our society. That is how powerful money is.

So while the centralized institutions are developing and following plans, the rest of the crypto world is going in thousands of different directions. One of the biggest benefits to blockchain is that anyone can build upon it. There is no permission required.

Hence, we have people all over the world bring forth ideas as it pertains to programmable money. Of course, these ideas are utilized not via protocols but, rather, applications. As those roll out, more people become engaged.

Look Ahead By Looking Back

A decade is a long time.

Think back to where this industry was in May of 2011. What tokens even existed at that time and are they still around today? We had Bitcoin and maybe a few others that drifted off into the sunset. Even Litecoin was still a number of months from going live.

Compare that to where things are today. We have tens of thousands of tokens all over the world. Even a site like Coinmaketcap have near 10K listed. We now have smart contracts, DeFi, NFTs, and a host of applications that allow access.

The big move underway is interoperability. Applications are trying to extend their reach and bring more utilization under their umbrellas. This will only enhance the experience that all users have.

Therefore, even if we duplicate what took place since 2011, we will see a totally transformed world when it comes to money. However, there is a great chance that will we see much greater advancement compared to what went before.

This is the exponential nature of what is happening.

Simply put, there is no going back. Just like we are not about to ditch our smartphones in favor of a call-only device, nor are we going to cancel streaming to head to a video store, the world without cryptocurrency is a memory.

We are on a technological curve that will place are in a much different world 10 years from now. At that time, many will have to think hard what life was like without programmable, private money.

It will be ubiquitous, just like the Internet is today for most people. Things will happen instantly with the velocity of money going through the roof. It will likely serve as a foundation for tremendous growth in other technological areas, further enhancing the pace society is moving at. All of this should show up in the economic output, although we new metrics are required.

So yes, for cryptocurrency, the best is definitely ahead of us.