Communities As The Business Structure

A lot is being made about the future being tokenized communities. This is something that is going to be a core feature of Web 3.0. But how does this really work? What is it that will allow for this transition? 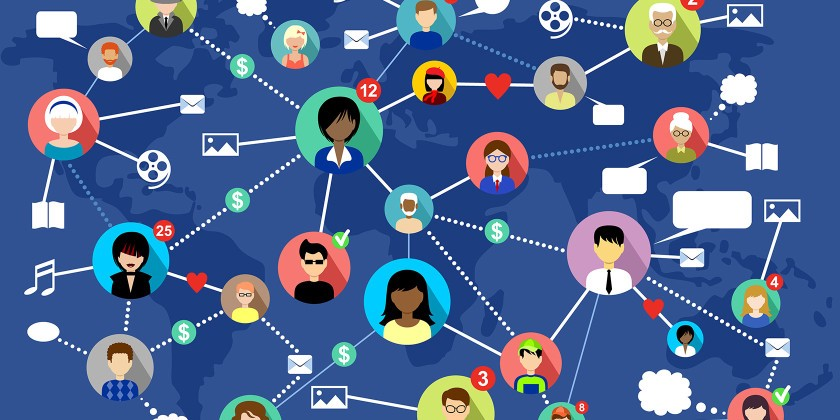 Most think of communities in terms of a social setting, either in person or online. Certainly, that is how we are conditioned to think since it is what we are exposed to. However, if we consider the idea behind it, even though we might use other words, we can see how much bigger it is. We also uncover what will likely be the driver of the transition.

Commerce is what powers the world. All is build around what businesses do. It is the basis for our survival. Without it, we would not have things like homes, food, or transportation.

So we will see things operating from two perspectives.

The first is more of a top-down approach. When we look at the present corporate environment, each has its own community already built in. There is nothing to construct since it already exists. Hence, the only thing required is to tokenize it.

Think of any company that has a user/customer base. That is a community. Those people have a certain attraction to the company. It is a situation that can be enhanced if tokenization is involved.

Right now, the challenge is these entities have to go through other companies to reach their community. They have to advertise to reach people. Therefore, they have to pay some other platform, such as a broadcast station or sports league, to reach their own customers.

Here we see the equity aspect of the company affected. Right now, corporations have debt and equity. Since there is no tokenization, the fact that money is spent accessing their own community means equity is hindered. There is an expense to this.

Now consider a corporation, such as Samsung™. They have a host of products that people all over the world use. Many are very happy with the brand and what they get for their money.

If Samsung was to add a tokenized layer to their structure, then they would have direct access to their community. The token holders would have a vested interest in the success of the company. They could offer feedback in exchange for some type of token reward. This could be tied into additional upgrades, early access on new products, or other features.

What we are looking at is a hybrid situation. This could be the end result or it might be a phase. More than likely, we will see tokenization replace the equity layer. However, that might not be the case in all instances.

For existing businesses, simply adding another layer to their present make up makes the most sense. The shift could come as new entrants enter different fields and approach things in a new way. We will see tokenization also interrupt the corporate structure. This will also enable companies to engage their customers in an easier, more direct manner.

Those that are build in this new environment will have a different outlook on things. The community will have a greater impact within the company and the direction it heads. We will see companies that are led by humans which, quite possibly, will be automated down the road with DAOs becoming the standard.

Here we have what can be termed a "bottom-up" approach.

In this situation, a community forms around some particular topic or idea. The subject is what brings people together. It could be a hobby, sports team, or activity. We could see this with fanbases of films or television shows. Whatever the area of focus, it is strong enough to bring people together.

Obviously, if this is something niche, it might not have a large community. Hence, anything created in there won't have much value. The situation changes completely if we see a community of millions of people.

Let's say, for instance, the topic is gardening. We have a community that forms where millions of people are involved. With that many people, we can create a good-sized economy. Thus, it is tokenized providing the opportunity to add commerce.

Once this happens, businesses form around the community. Certain services are required to meet the needs of the community and members step in with entrepreneurial ideas. These businesses cater to the different needs of gardeners while accepting the token. Over time, more transactions take place, enlarging the economy activity of this community.

All the businesses are established and supported by community members. There is little outside interaction. It becomes a self-contained system where it just builds upon itself.

The key is that, if the community can keep growing, the network effect will cause exponential impact. Each new member will be able to operate across the entire economy, not just a single aspect of it.

Of course, nothing operates in a vacuum and communities are often a subset of other ones. Hence, the impact is not only spread across a single community but multiple ones at the same time.

For example, on Hive we can look at the game Splinterlands as a community. It is a subset of the blockchain gaming world. It is also located on Hive, which is a community itself. This is also part of the cryptocurrency world, which is a larger community umbrella.

Tokenization means commerce. It is here which offers the ability to turn a community into an economy. Within that, businesses are required which are created within that group. Over time, most business structures could be developed from this model.

This is the power of tokenization.